With stocks closing the holiday-shortened week fractionally higher on Friday, business headlines were reporting that Black Friday sales at retailers were disappointing, leading some to worry about a slowing economy.

"Crowds on early Black Friday morning were thinner than years past at some malls and shopping districts," The Wall Street Journal reported. "Thinner crowds could spell problems for retailers, some of whom entered the holidays warning of uneven consumer demand and elevated levels of inventory. But the smaller crowds could also reflect deeper changes in how Americans shop: Increasingly, they are spending more online and making fewer visits to stores."

Worries of lower sales on Friday belied recent economic data, which indicate things are not so bad at all. 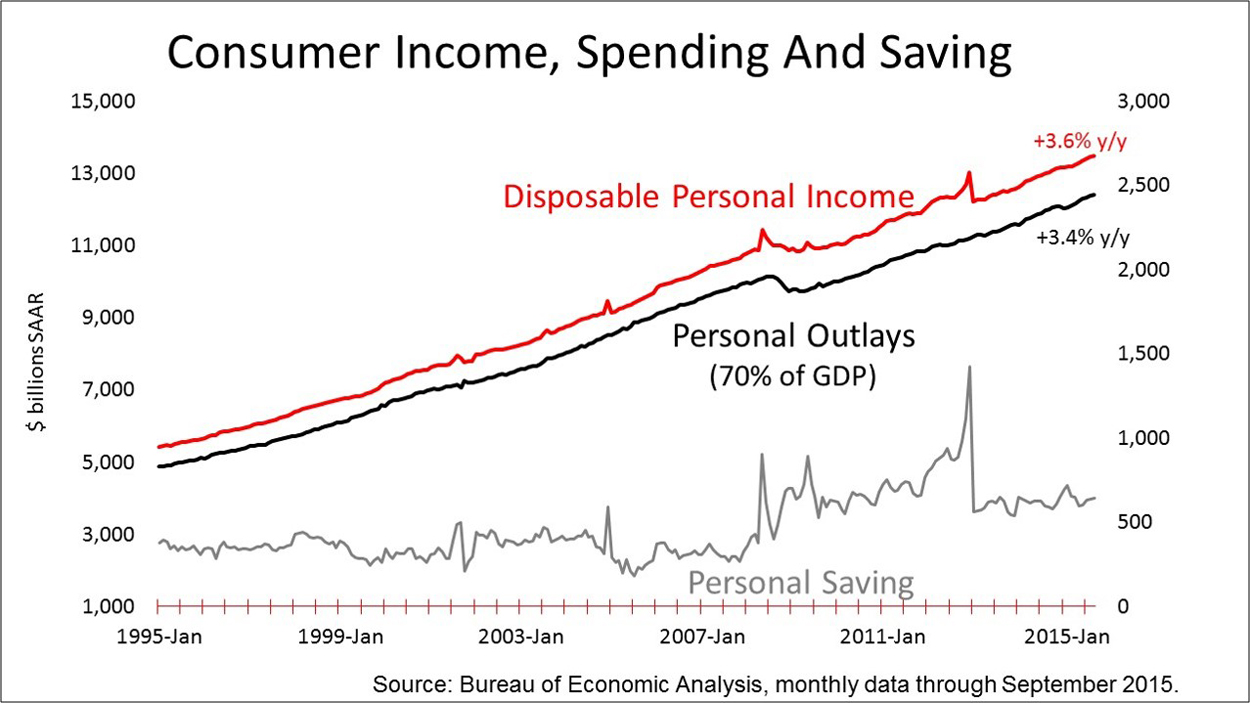 Disposal Personal Income, which drives spending, the key driver of U.S. economic activity and corporate earnings, grew at a 3.6% rate year over year through the September, and it has been trending steadily higher, at a rate comparable to before The Great Recession of 2008. Meanwhile, the savings rate, at 4.8% in September, has remained higher than it was before the financial crisis, showing consumers are slowly regaining confidence. 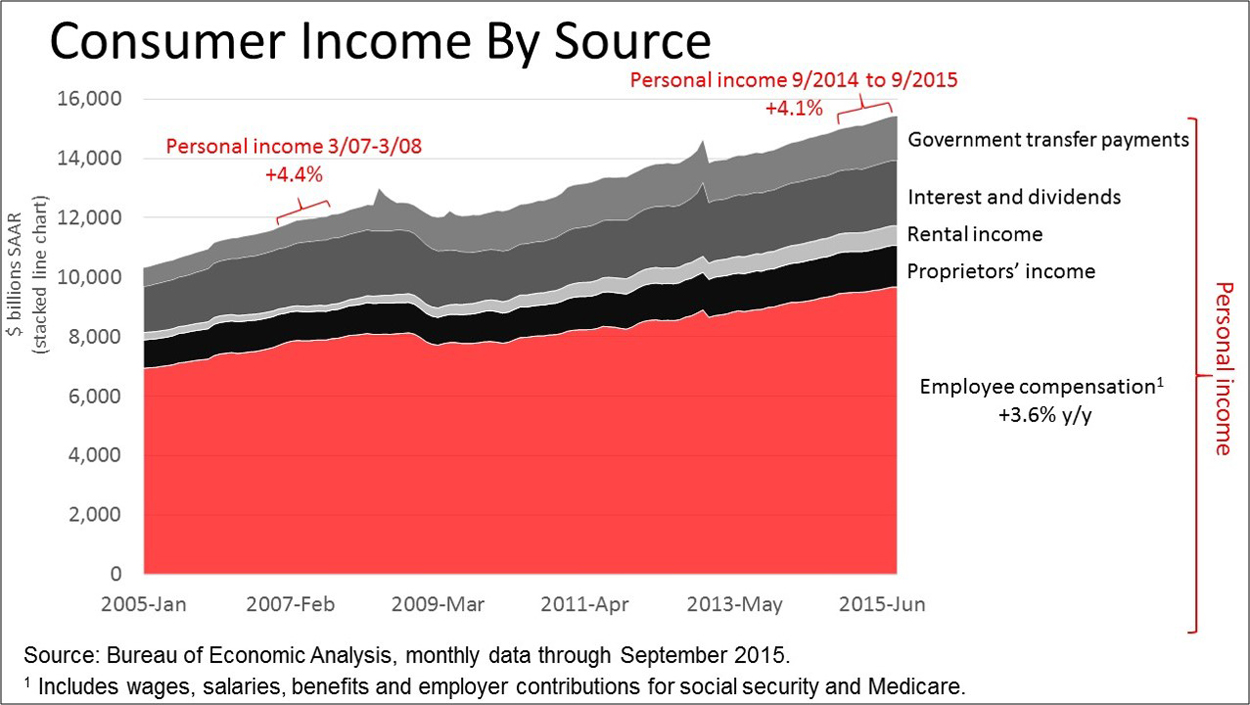 Notwithstanding slow holiday sales on Friday, personal income has been in recovery for over five years. According to September data, personal income is growing at approximately the pre-recession growth rate, following the sharp, recession-related correction of 2008. Personal income comprises four income categories in addition to employee wages and benefits, and personal spending drives 70% of U.S. gross national product. 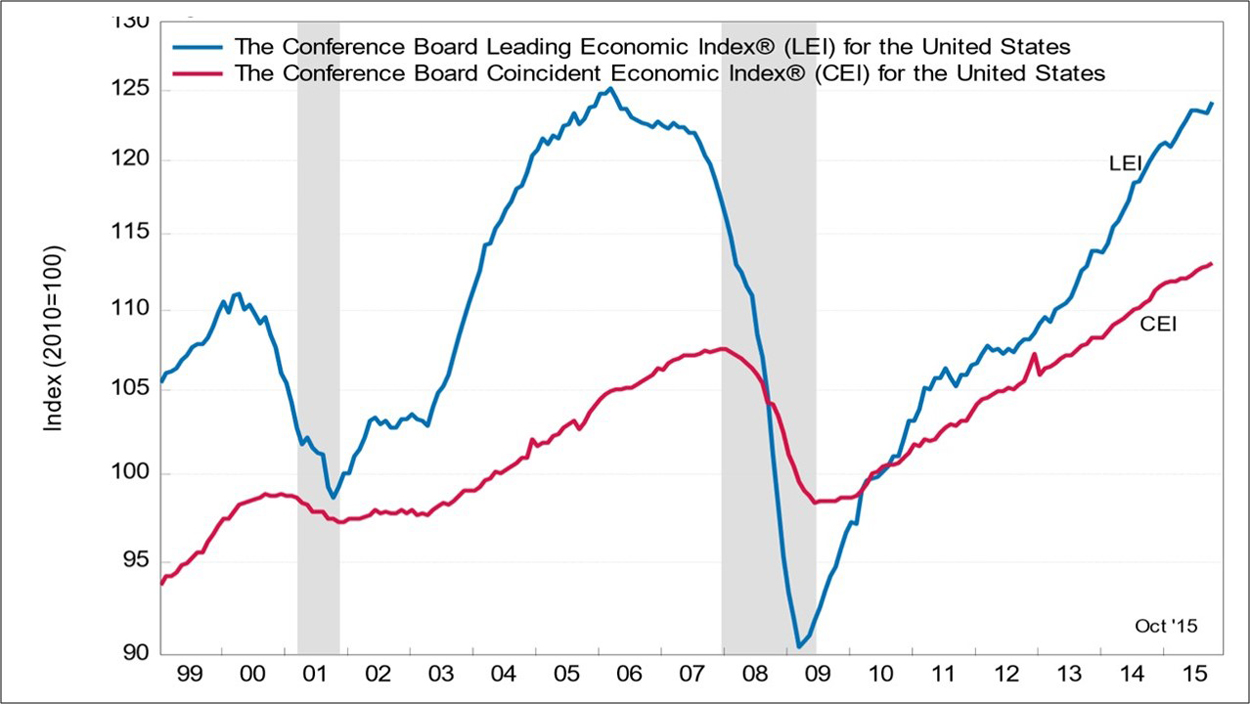 Another strong indicator: The Conference Board released its Index of Leading Economic Indicators on November 19, and it increased by six-tenths of 1% in October, following a one-tenth of 1% decline in both September and August.


"The U.S. LEI rose sharply in October, with the yield spread, stock prices, and building permits driving the increase," said Ataman Ozyildirim, Director of Business Cycles and Growth Research at The Conference Board. "Despite lackluster third quarter growth, the economic outlook now appears to be improving.

"While the U.S. LEI's six-month growth rate has moderated, the U.S. economy remains on track for continued expansion heading into 2016," the Conference Board said.

The Standard & Poor's 500 index fluctuated early on Friday, but eked out a small gain as telecommunications and financial stocks rose.