Year-End Tax Planning Could End With A Thrill This Year

Year-end tax planning is usually like watching your favorite old Western one more time; you know it's going to end with the good guys riding off into the sunset.

This year, however, the movie is a real thriller and no one knows how it's going to end on December 31. No one knows if tax laws are going to change, much less how they will change, but a lot is at stake. 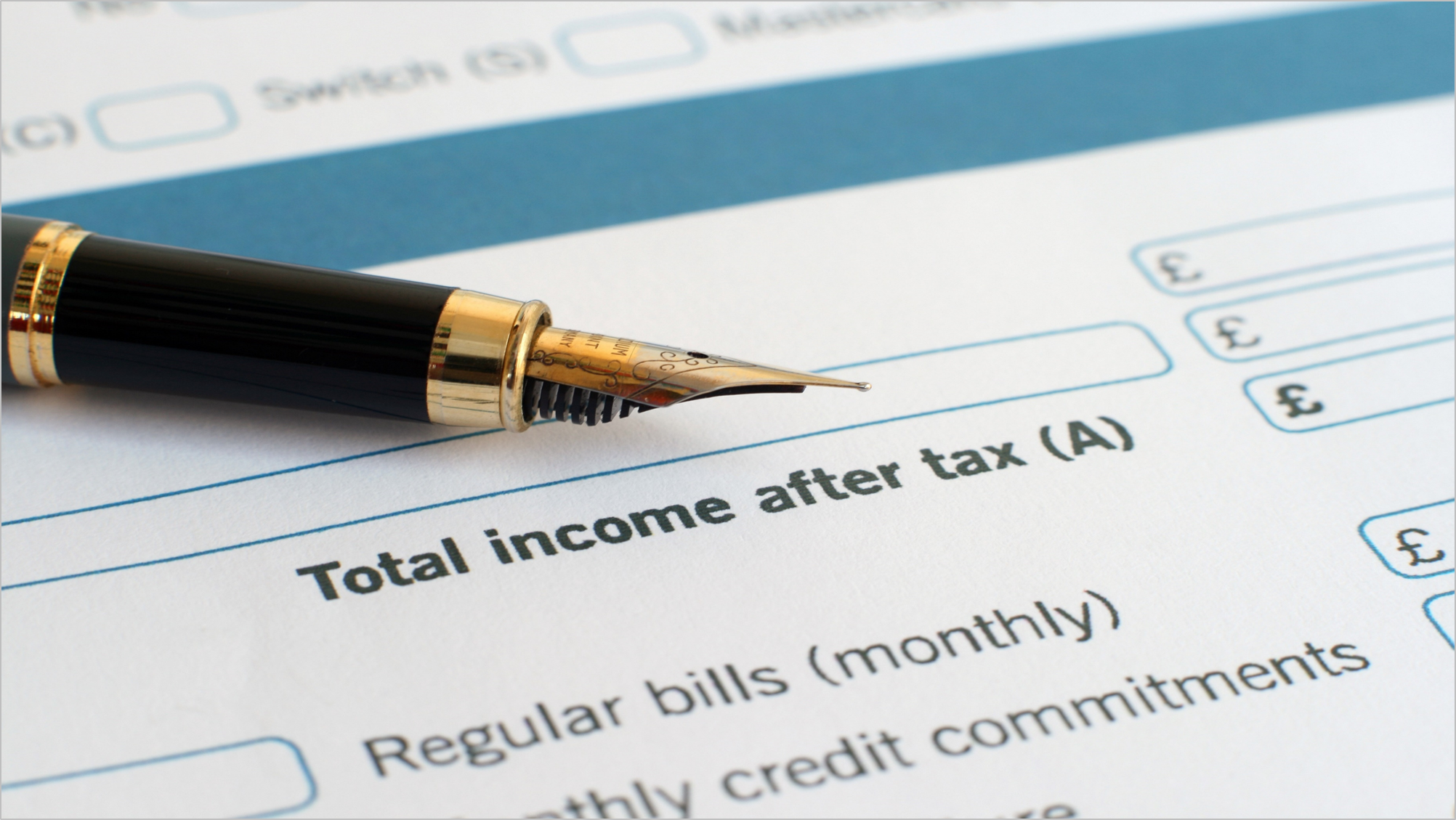 For example, a proposal that has received bipartisan support would treat an IRA left to your children differently. Under current rules, non-spousal heirs who inherit an IRA can take distributions over the course of their own lifetimes, allowing children to delay withdrawals for decades in many cases, and their balances can grow tax-deferred or even tax-free for many years.


But under the change that has gained some support in Congress across both sides of the aisle, it would be permissible for your heirs to distribute only the first $450,000 based on their age and life expectancy, and the other $1 million would be required to be withdrawn-and taxed-annually over five years.

Any parent with more than $500,000 in an IRA that has named their children as beneficiaries would be subject to this proposed change, and it will require careful planning if this change is adopted. Since this proposal has received bipartisan support, it stands a good chance of becoming part of any final tax law, but no one knows if the effort to lower taxes will be adopted. 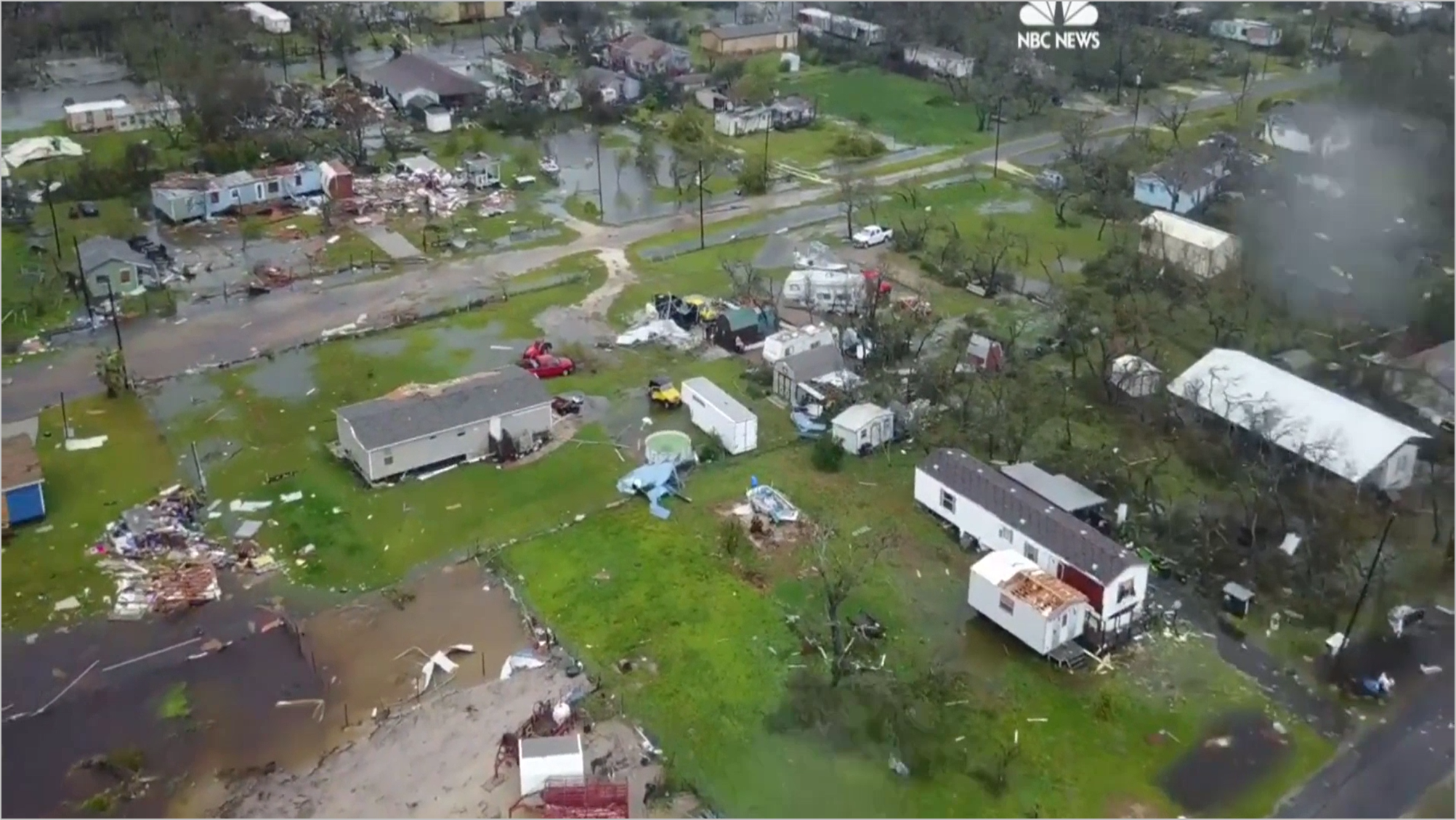 The Trump administration wants to eliminate the estate tax, but lowering taxes on the wealthy may be judged as politically inappropriate with millions of Americans suffering the devastating effects of hurricanes that struck areas of Texas and Louisiana, as well as the entire state of Florida. That's what happened in August 2005, when the destruction wrought by Hurricane Katrina in New Orleans quashed an effort in Congress of eliminating estate taxes. 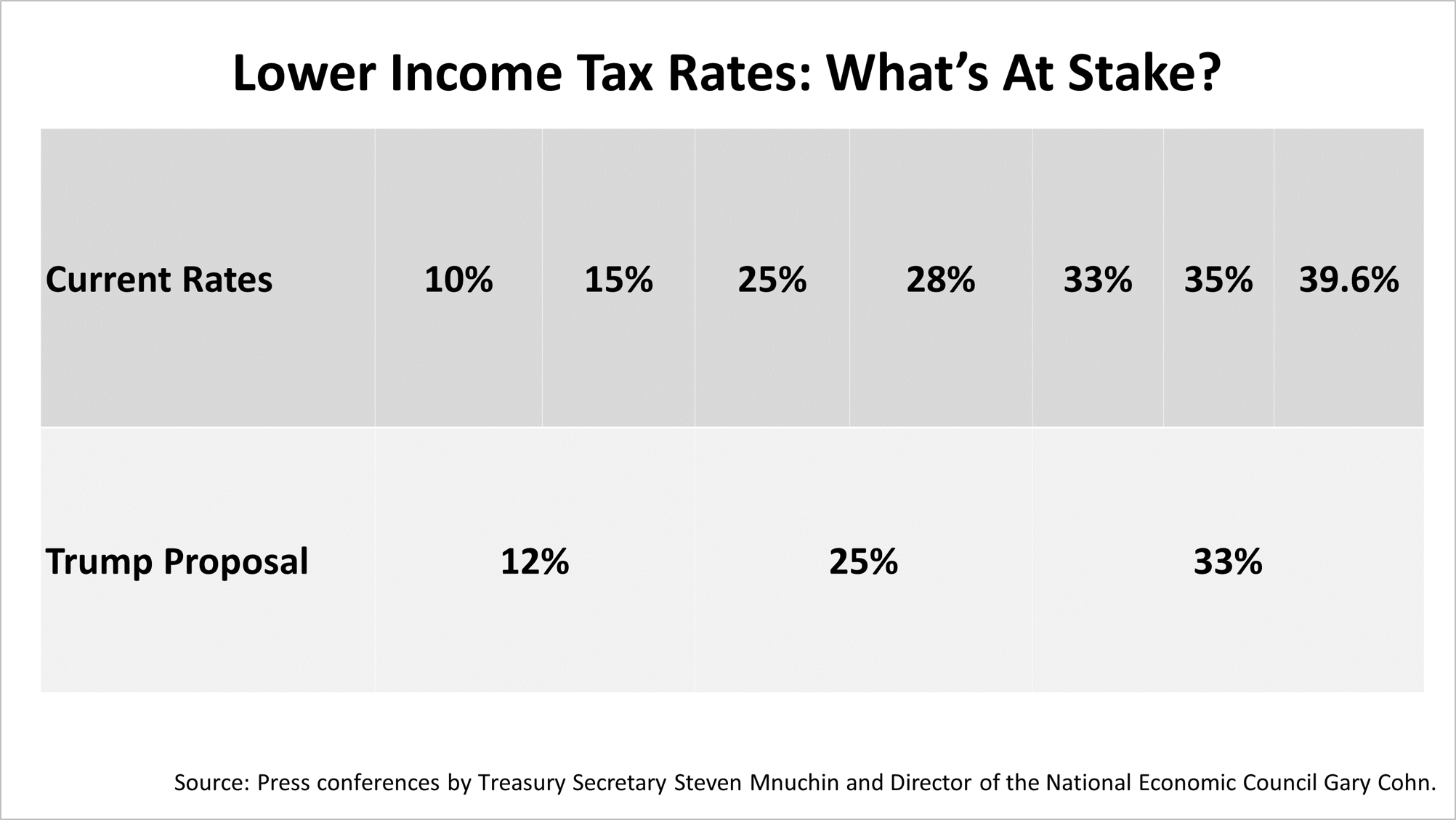 Income tax rates are expected to come down as part of any tax bill that is enacted. For a married couple in the top income bracket of 39.6% and with an income of $500,000 a year, that's about $25,000 in reduced taxes. That's without planning to shift income into 2018 and accelerating deductions into 2017. That's a lot of money that, over time, will work its way into the economy. The savings to those in the 35% tax bracket currently is also not a trivial amount. 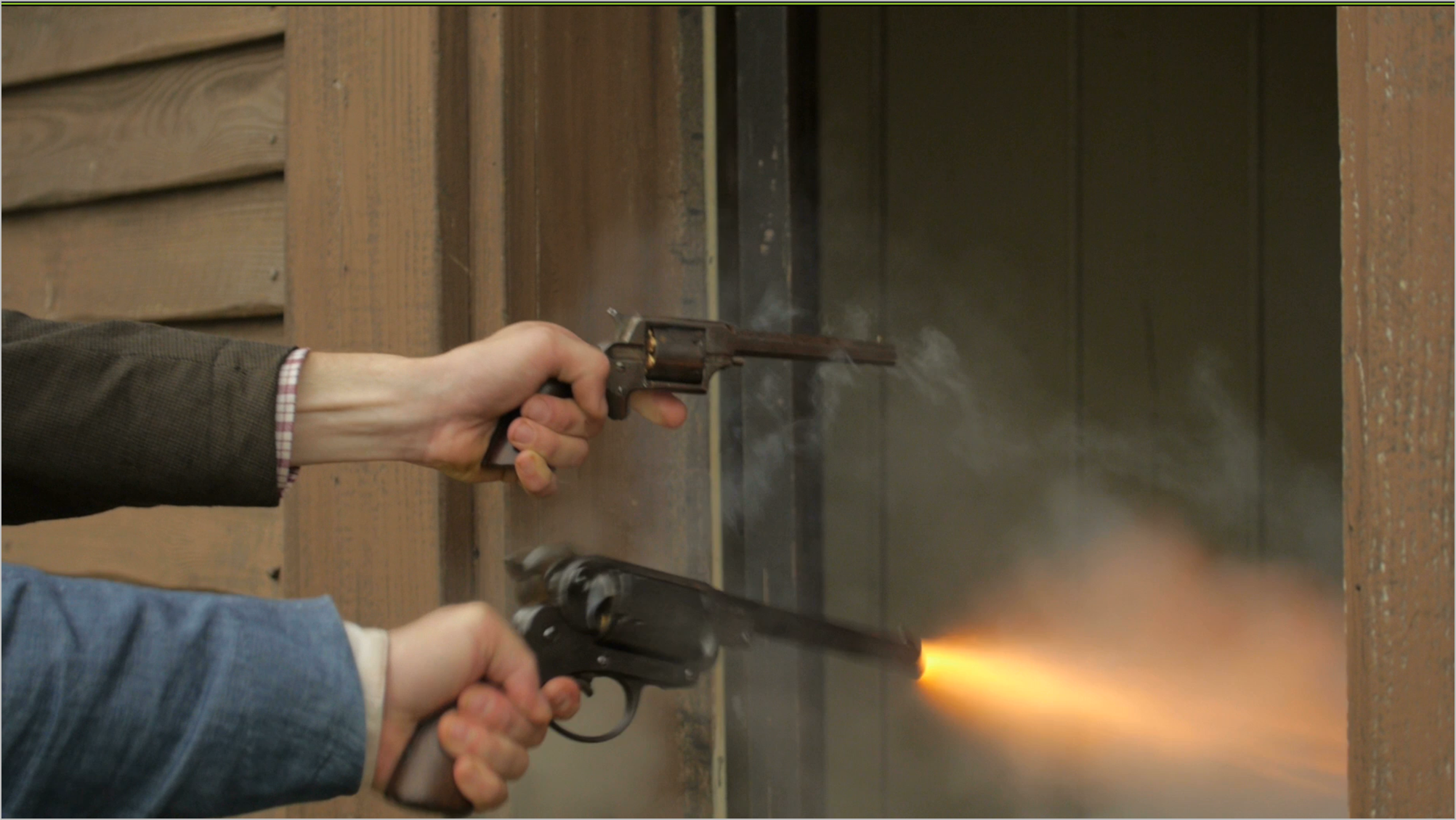 The Trump administration has promised to release a detailed tax reform plan by the end of September, but a sweeping reform has not been passed since the 1980s, and it is far from certain that a major overhaul will be passed now. Though odds of reform being adopted by the end of the year are uncertain, the high stakes make it important to be prepared for a surprise ending. 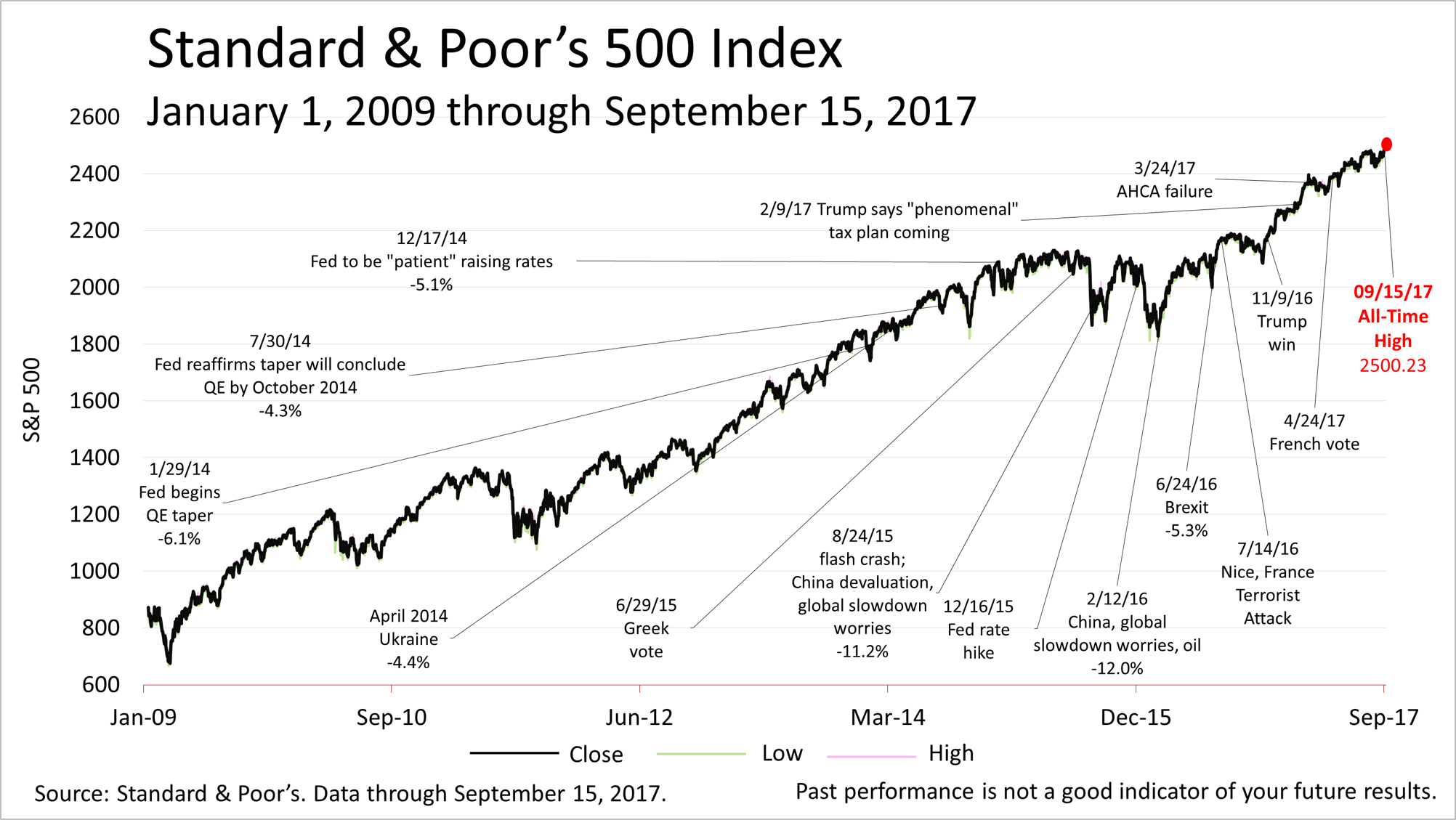 While a reduction in corporate and personal income taxes would likely boost the economy, growing doubts about whether it will indeed happen have increased all year, but stock prices have risen steadily nonetheless because of strong fundamentals underpinning the economy.

The Dow Jones Industrial Average and the Standard & Poor's 500 index closed at record highs on Friday. The S&P 500, a benchmark of U.S. economic strength, had it best week since the first week of the year, closing at 2500.23.

Although in recent months, domestic political uncertainty, natural disasters and the crisis with North Korea have not triggered dampened enthusiasm for stocks, a totally unexpected crisis could trigger a 15% drop in stock prices at any time. At the same time, the economy shows no sign of weakness and a recession-driven bear market is not on the horizon, which means stock prices could also be driven much higher as the good times roll along.

As financial professionals, we are an authoritative and independent channel for news about wealth management, and we will be keeping you updated on year-end tax planning moves as developments unfold.


Please subscribe to our e-mail newsletter to see our reports on your smartphone once a week.