Why Does The S&P 500 Keep Breaking Records?

The International Monetary Fund, in its latest World Economic Outlook, revised its July estimate for world growth higher, to 3.7%. That's way up from 2016, when the world economy grew by 3.2%. 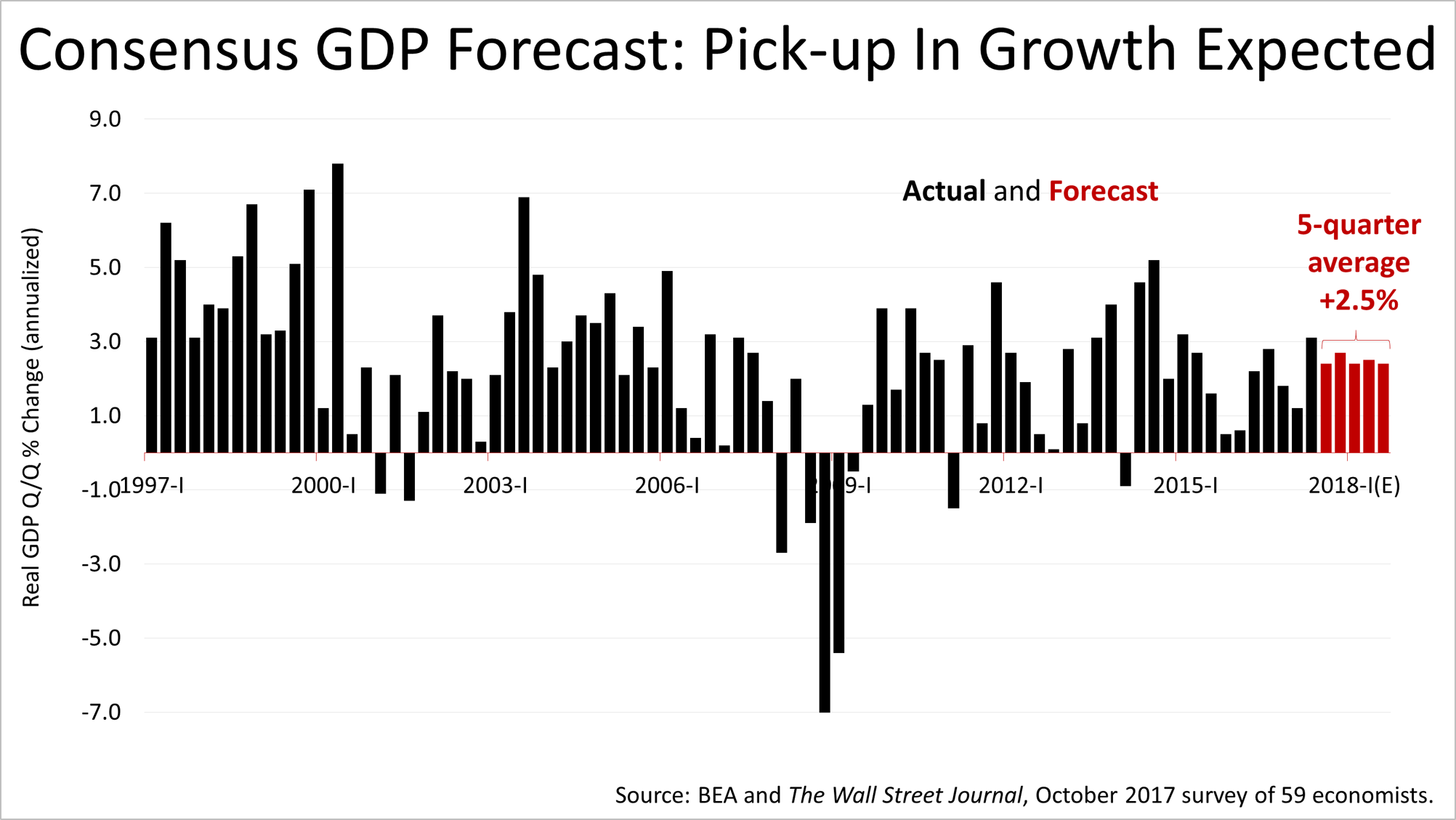 The latest consensus GDP forecast of 59 economists surveyed in early October by The Wall Street Journal projects an economic growth of 2.5% over the five quarters through September 30, 2018.

Expected growth of 2.5% is much higher than the average GDP growth rate of just 2.1% during the first seven years of the economic expansion, which started in March 2009. That's a strong outlook, and way above the growth trend set earlier in the expansion.

Consequently, the average annual earnings growth rate of 7.3% over the decades on the Standard & Poor's 500 stock index is currently expected to grow by 12% in 2017 and 11% in 2018. That would be a surge in earnings growth. Earnings drive stock prices, so this is important for long-term investors. 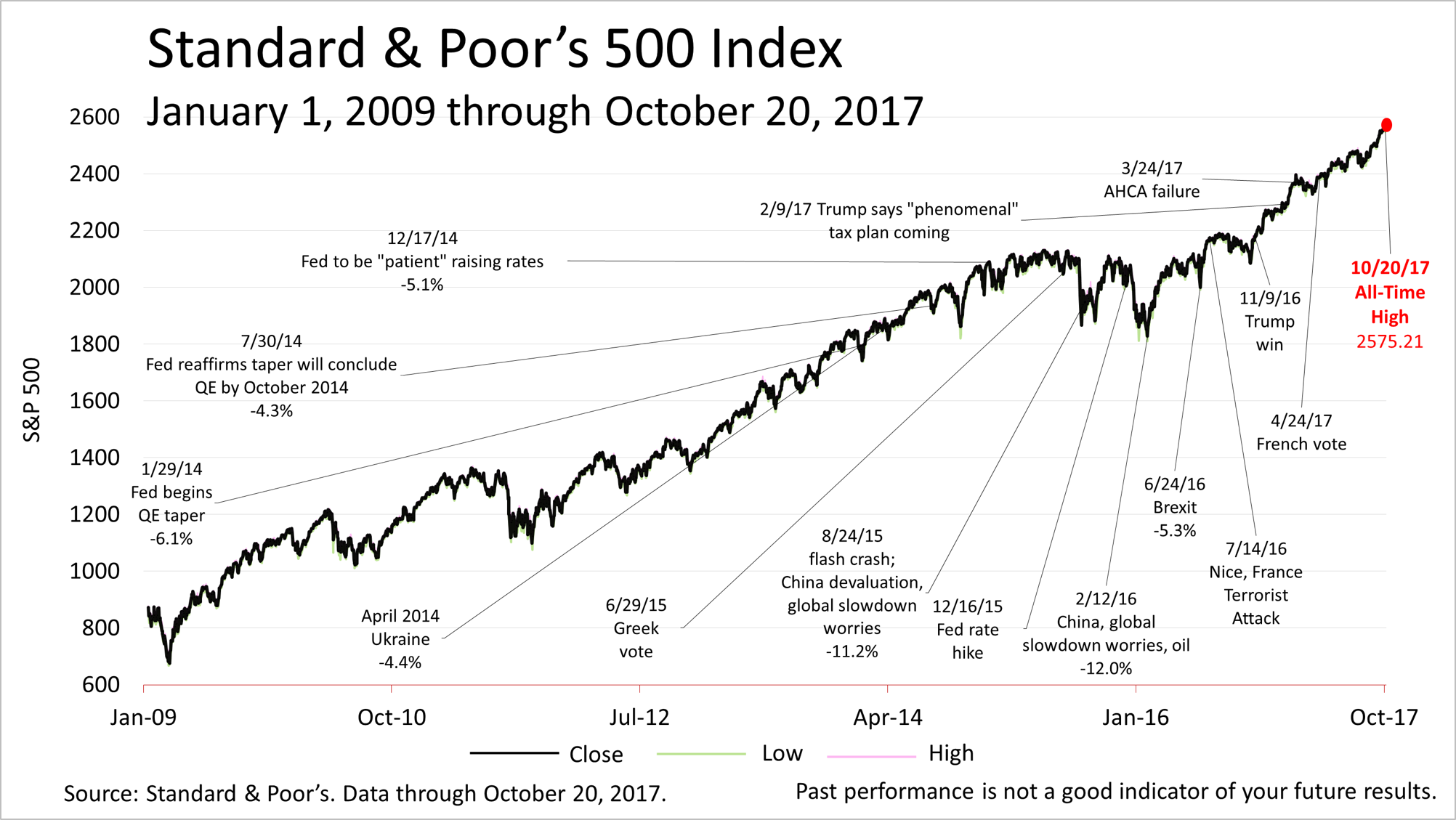 As this bull market grows older, the statistical likelihood of a bear market - a drop of at least 20% - does indeed increase. A correction of 10% or 15% is possible at any time, just because of a change in sentiment or a bad unexpected event. But the economy is showing no signs of coming undone. Fundamental economic conditions that have accompanied bear markets in the past are not present at this time.

Inflation is tame, job growth has been strong, real growth in wages and disposable personal income are at record levels and the usual indicators of recessions in the past are nowhere to be found.


U.S. stocks rose on Friday after the Senate passed a budget resolution, a step toward enacting a massive tax cut aimed at fostering growth. While a revision of the U.S. Code would require some attention to tax planning between now and the end of 2017, the opportunity for savings could be significant for many individuals, and it is expected to stimulate consumer spending, savings, and business activity.


Despite the tripling in the S&P 500 since the market bottom in March of 2009 and all of the good economic and tax news, investors are not bidding up stocks prices beyond their historical valuation range or showing signs of irrational exuberance. The average price of a stock in the S&P 500 trades at 19.9 times its trailing 12-month earnings and 17.4 times the consensus bottom-up forecast for 2018 earnings, according to Wall Street analysts' consensus estimates. The S&P 500, which has been hitting new record highs for months, closed Friday at a new all-time high of 2575.21, and the bull market could go on longer and head much higher.