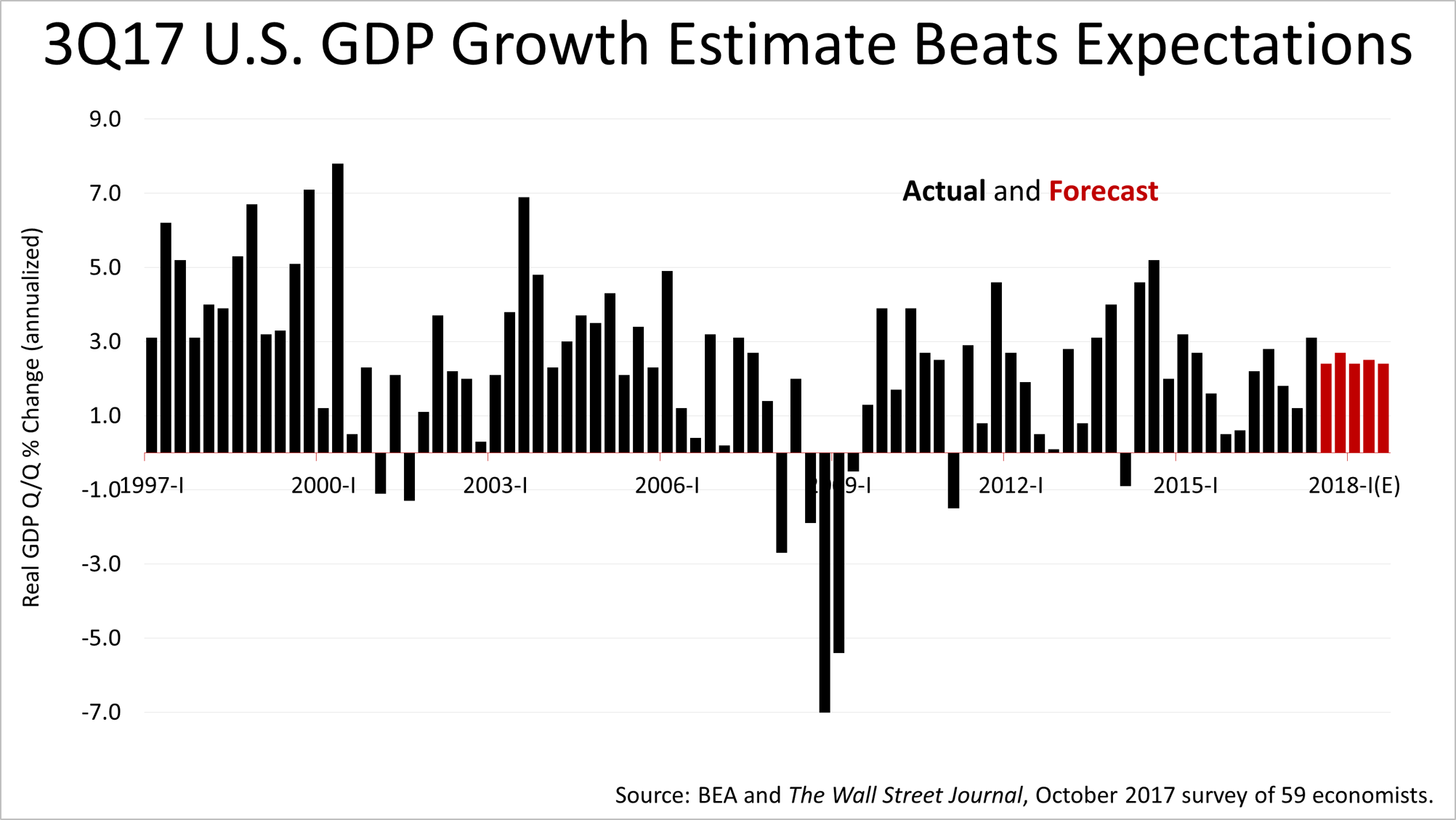 Despite two severe hurricanes, the threat of a nuclear war, and political strife in Washington, D.C., the U.S. economy grew much faster than expected last quarter.


Real gross domestic product (GDP) increased at an annual rate of 3% in the third quarter of 2017, according to the "advance" estimate released by the Bureau of Economic Analysis. A second estimate for GDP in the third quarter will be released on November 29, and the 3% figure could be revised. But 3% is much higher than the 2.7% consensus forecast of 59 economists surveyed in early October in The Wall Street Journal. 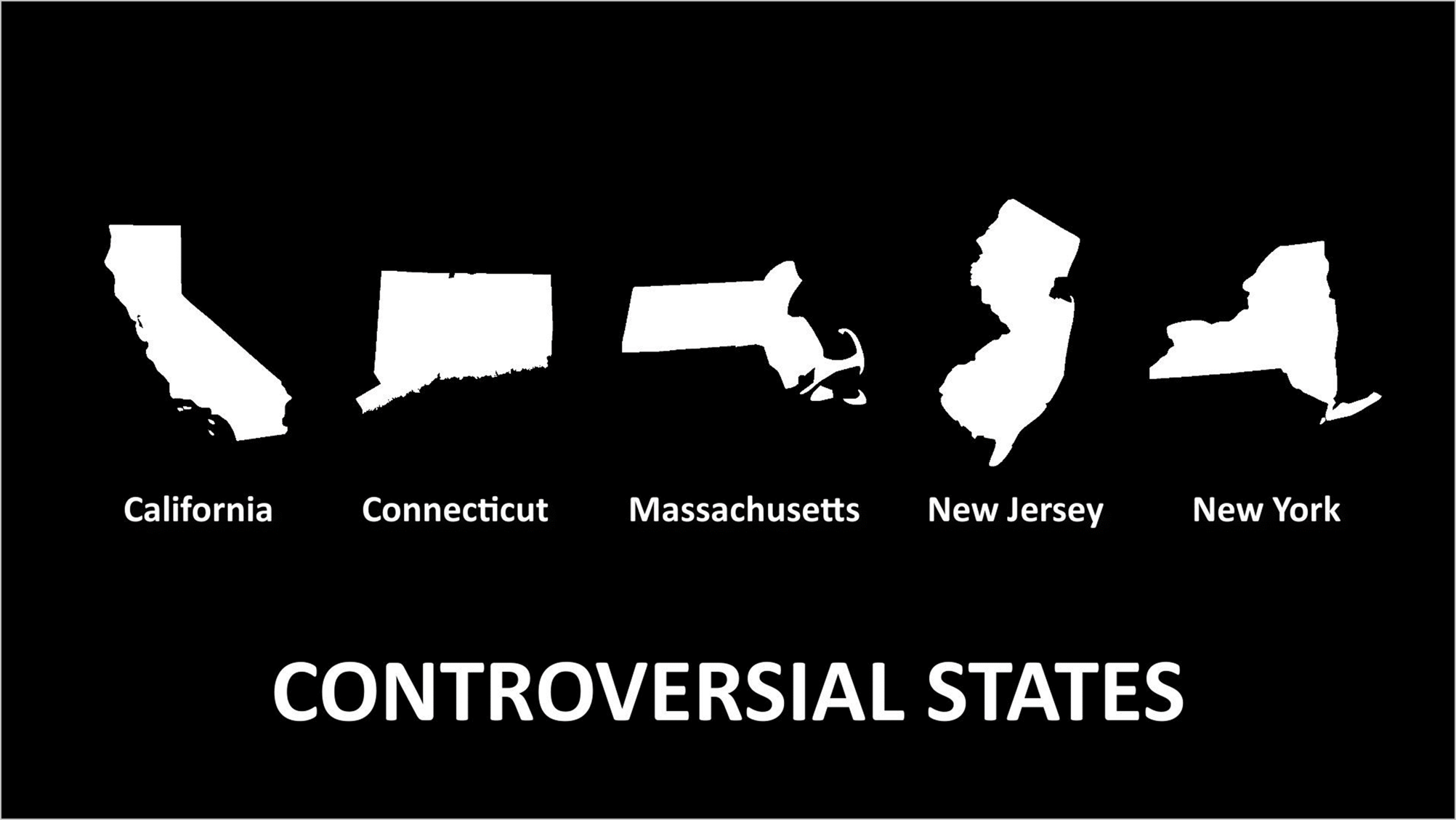 Meanwhile, the House of Representatives took a big step forward on enacting a massive $1.5 trillion-dollar tax cut, which will stimulate the already strong growth expected in the economy. The House narrowly voted to approve a budget resolution that paves the way for an increase of $80 billion in the deficit for the year ending September 30, 2018 to $746 billion. The budget measure making way for the tax cut was passed by the House on Thursday, despite 20 Republicans voting against it with Democrats, by a 212 to 216 vote.

Despite the passage of the budget resolution, it remained unclear whether the sweeping tax reform measure as proposed will survive. The proposed rewrite of the U.S. tax code is politically charged because its enactment would hurt urban and suburban individuals in high-tax locales the hardest, worsen deficit spending and weaken the balance sheet of the U.S. Government.

Should the tax proposal be adopted, your current tax liability, for 2017 could decline. This could require last-minute tax planning before the end of the year. 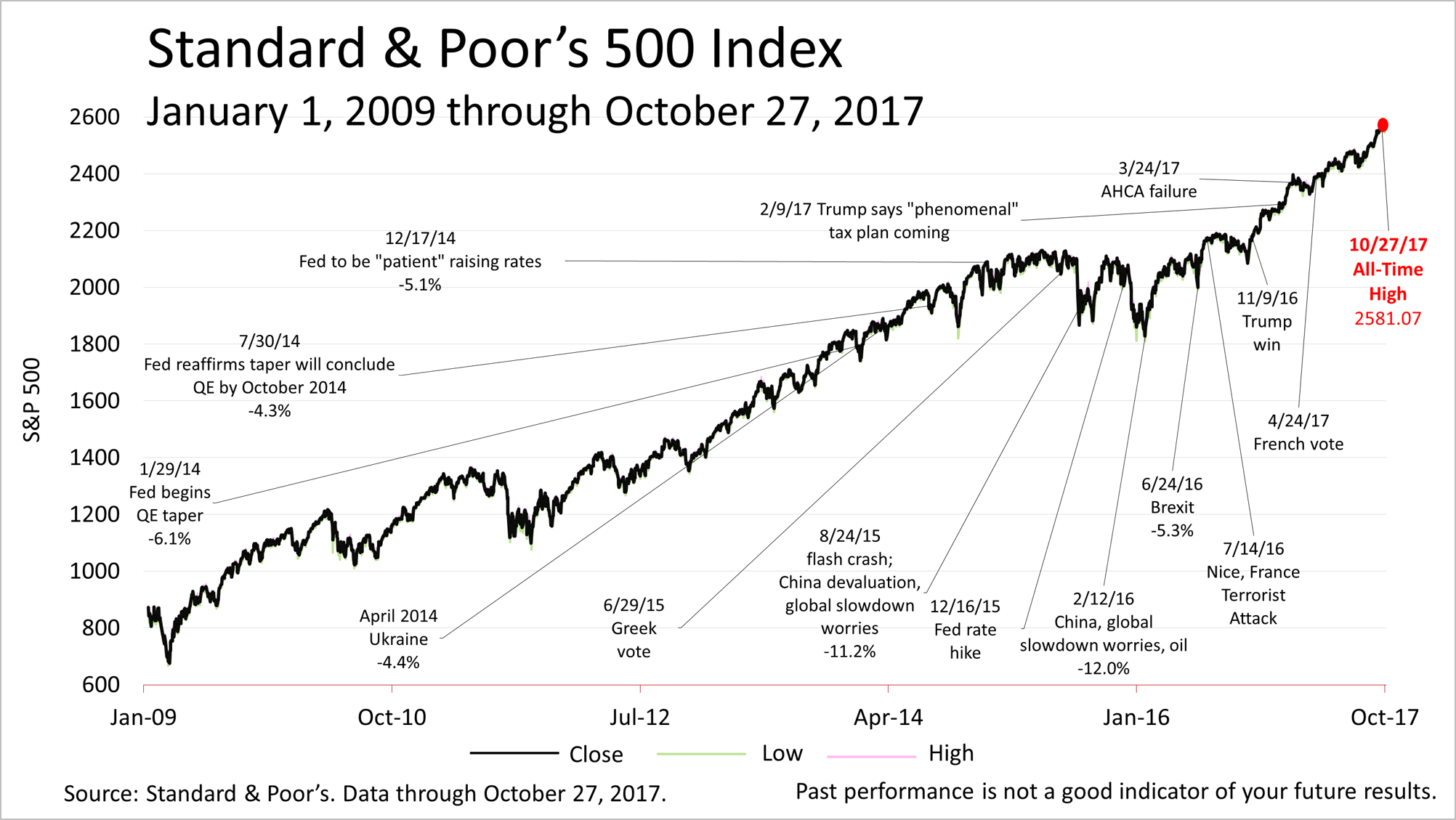 Lower taxes would put more money in consumers' hands and boost spending in the economy, and the stock market was encouraged by that news on Friday. The Standard & Poor's 500 stock index, which has been breaking records for months, closed on Friday at a new all-time high of 2581.07.

A correction of 10% or 15%, due to a change in sentiment or some bad unexpected world event, is always possible. And, as the eight-and-a-half-year bull market grows older, the likelihood of a bear market - a drop of 20% or more - increases. However, inflation is tame, job growth has been strong, and real growth in wages and disposable personal income are at record levels.

Despite the tripling in the value of the S&P 500 since bottoming in March of 2009, and, despite the flood of the good economic fundamentals, irrational exuberance is not an issue.


The average price of a stock in the S&P 500 trades at 19.9 times its trailing 12-month earnings and 17.4 times the consensus bottom-up forecast for 2018 earnings, according to Wall Street analysts' consensus estimates. Investors have not bid stock prices beyond their historical valuation range.

Despite some very troubling headlines, the economy keeps surprising on the upside, and the bull market could head much higher and run much longer.