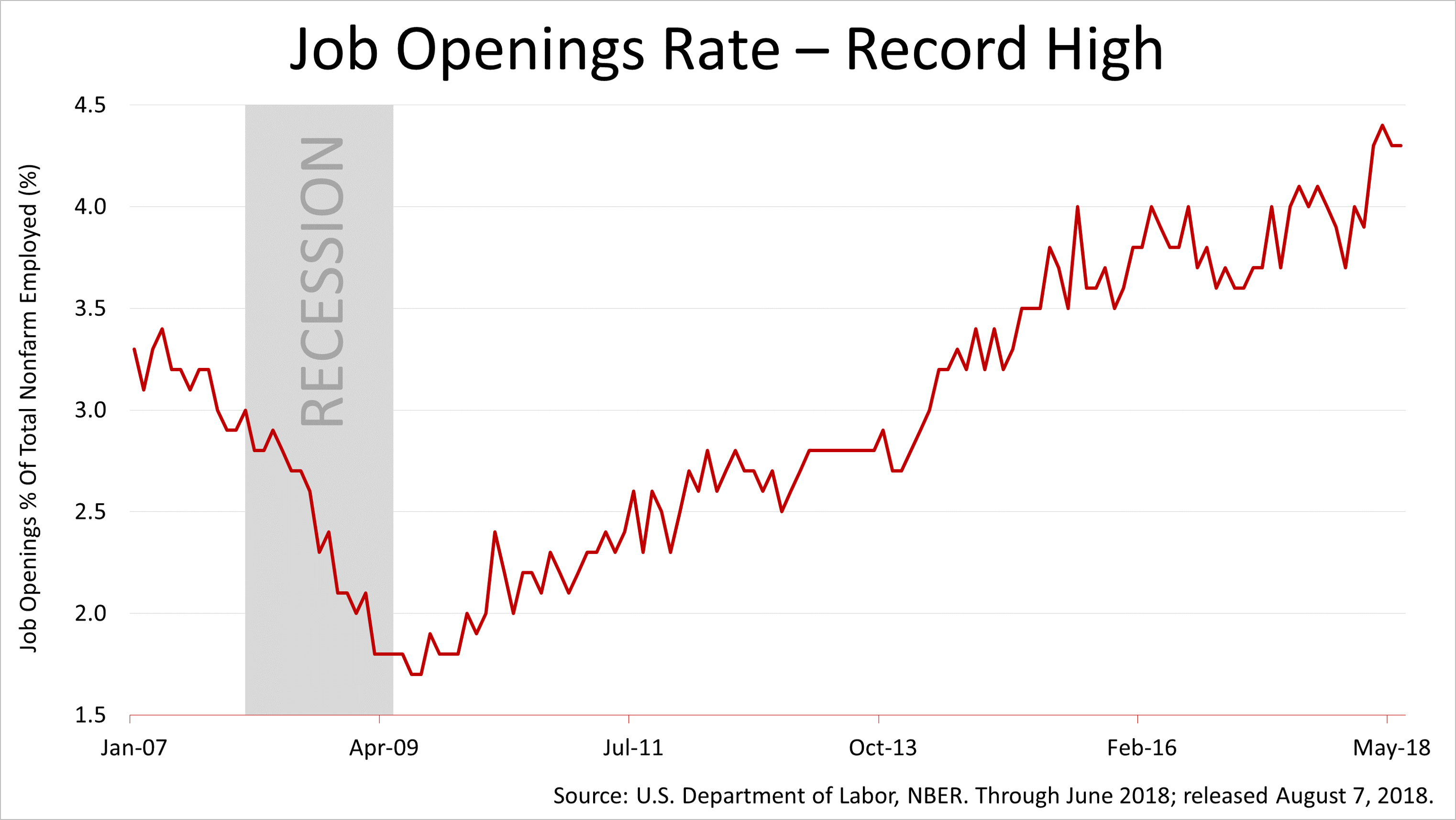 Job openings in June remained near a record high, and unemployment at a record low, while evidence of a tightening labor market grew. 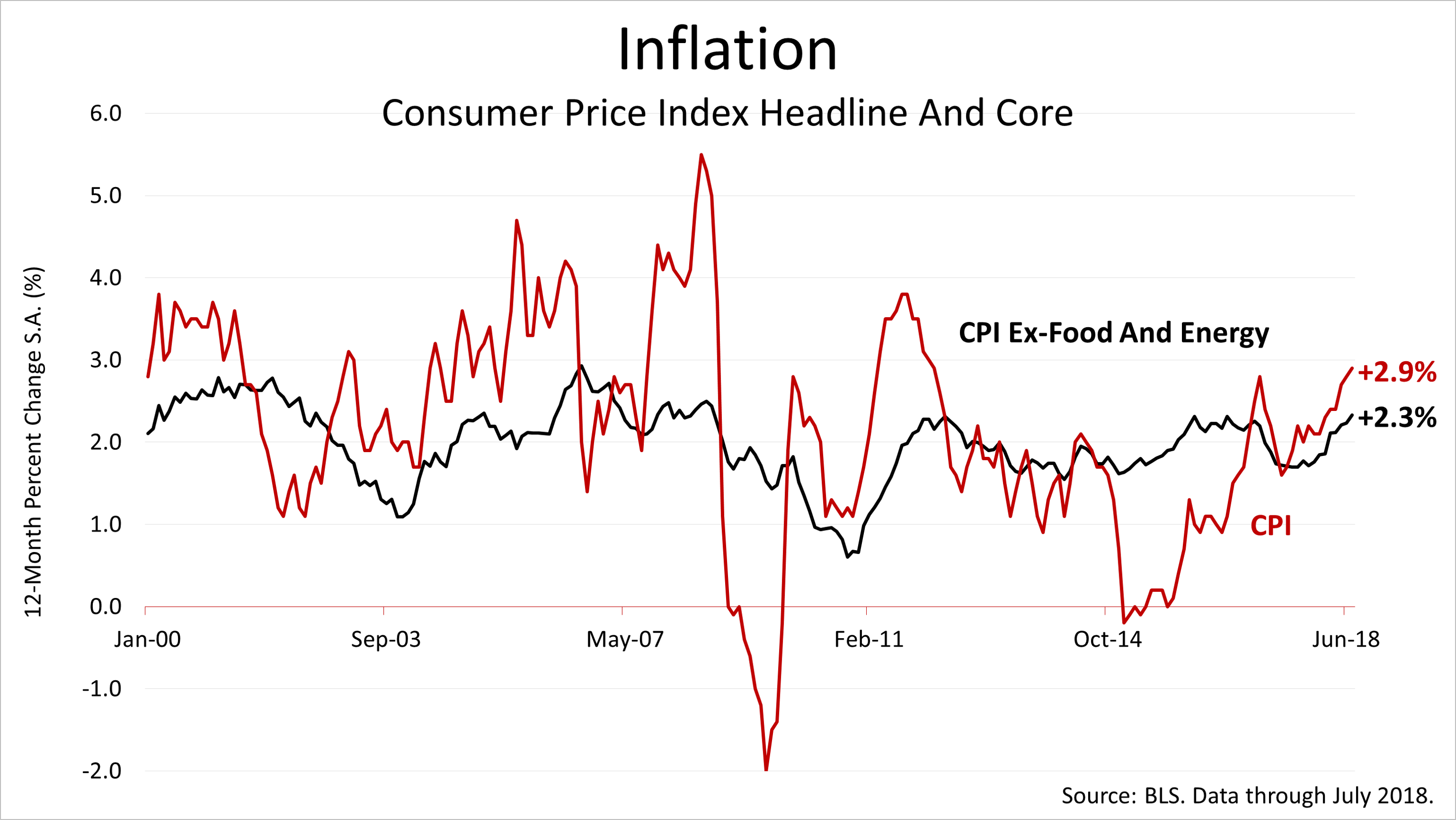 The core inflation rate, which excludes volatile food and energy prices, ticked higher in July, from 2.2% to 2.3%.


The steady rise in inflation in recent months has been expected by The Federal Reserve, and interest rate policy is expected to remain the same. The Fed has said it expects to raise rates once a quarter in 2018. 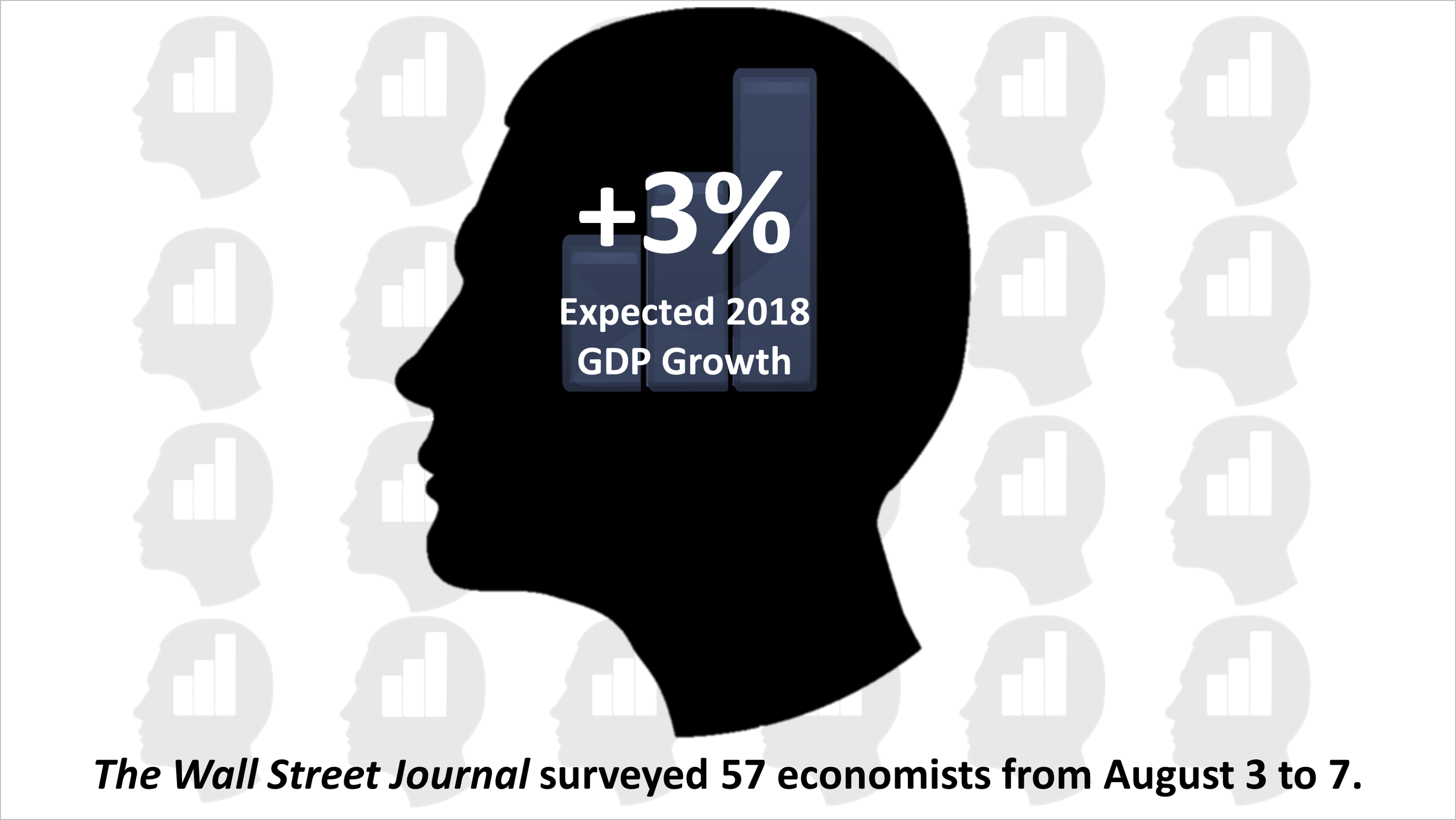 According to this month's survey of 57 economists conducted from August 3 to August 7 by The Wall Street Journal, the average growth rate estimated for 2018 increased to 3%. That was up from projections of 2.9% last month and 2.4% a year ago. The average growth rate for 2019 was 2.4%. By 2020, the average forecaster projects economic growth will slow to 1.8%, down from estimates earlier this year of 2%. 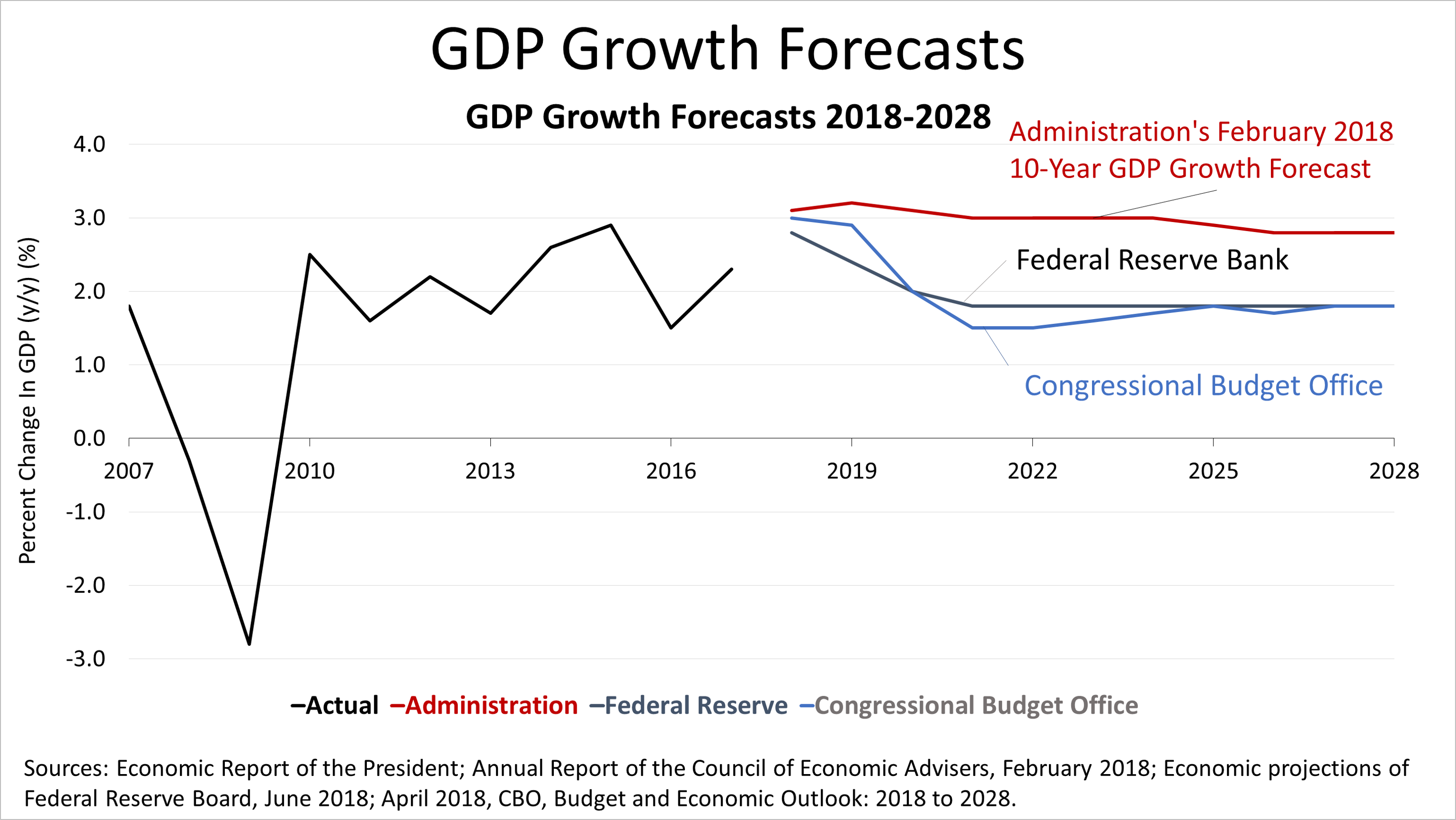 The Federal Reserve's economic forecast as well as the forecast from the non-partisan Congressional Budget Office and private economists surveyed monthly in The Wall Street Journal are all in agreement: the long-term rate of growth for GDP is about 2%.

However, the Trump administration's forecast for GDP growth in February, the most recent data available, is much more optimistic due to expectations about supply-side economics. Most economists remain skeptical about the boost in growth that will come from recent tax cuts. While the predominant view of economists is not as exciting, it is sustainable. The 110-month long expansion is, thus, poised to become the longest expansion in post-War history in July 2019.