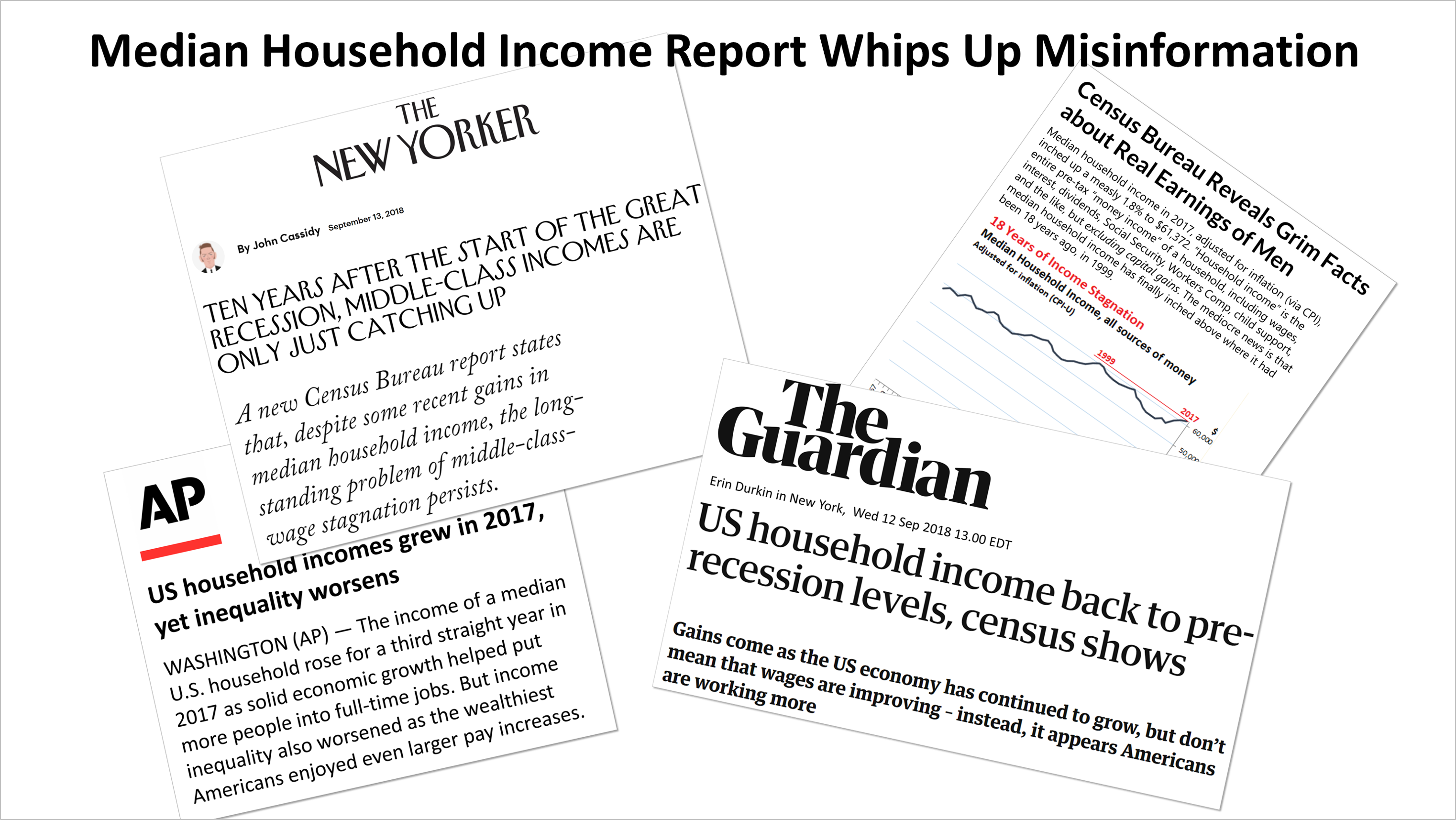 Release of the U.S. Census Bureau's annual report on median income received widespread press coverage since its September 12 release, much of it misleading.

Some press reports said it was evidence of rising income inequality. Others said it was just the latest confirmation of two-decades of wage stagnation and a struggling middle-class. 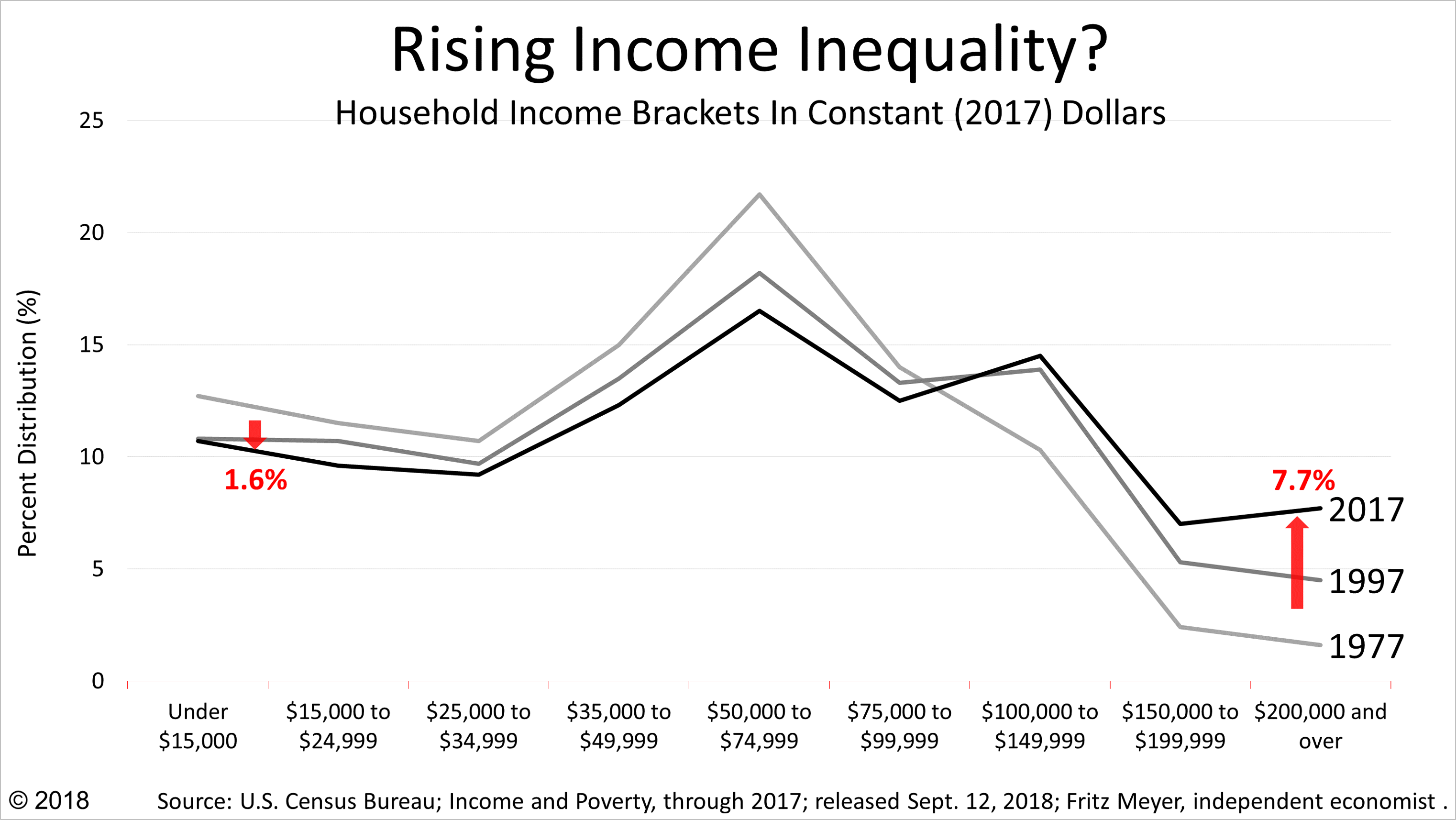 The three lines in this chart represent the percentage distribution of American households across nine income brackets.


Over the last 40 years, the middle-class indeed did grow smaller. However, it was because the proportion of U.S. households in upper income brackets rose strongly.