This Week In Stocks And The Economy 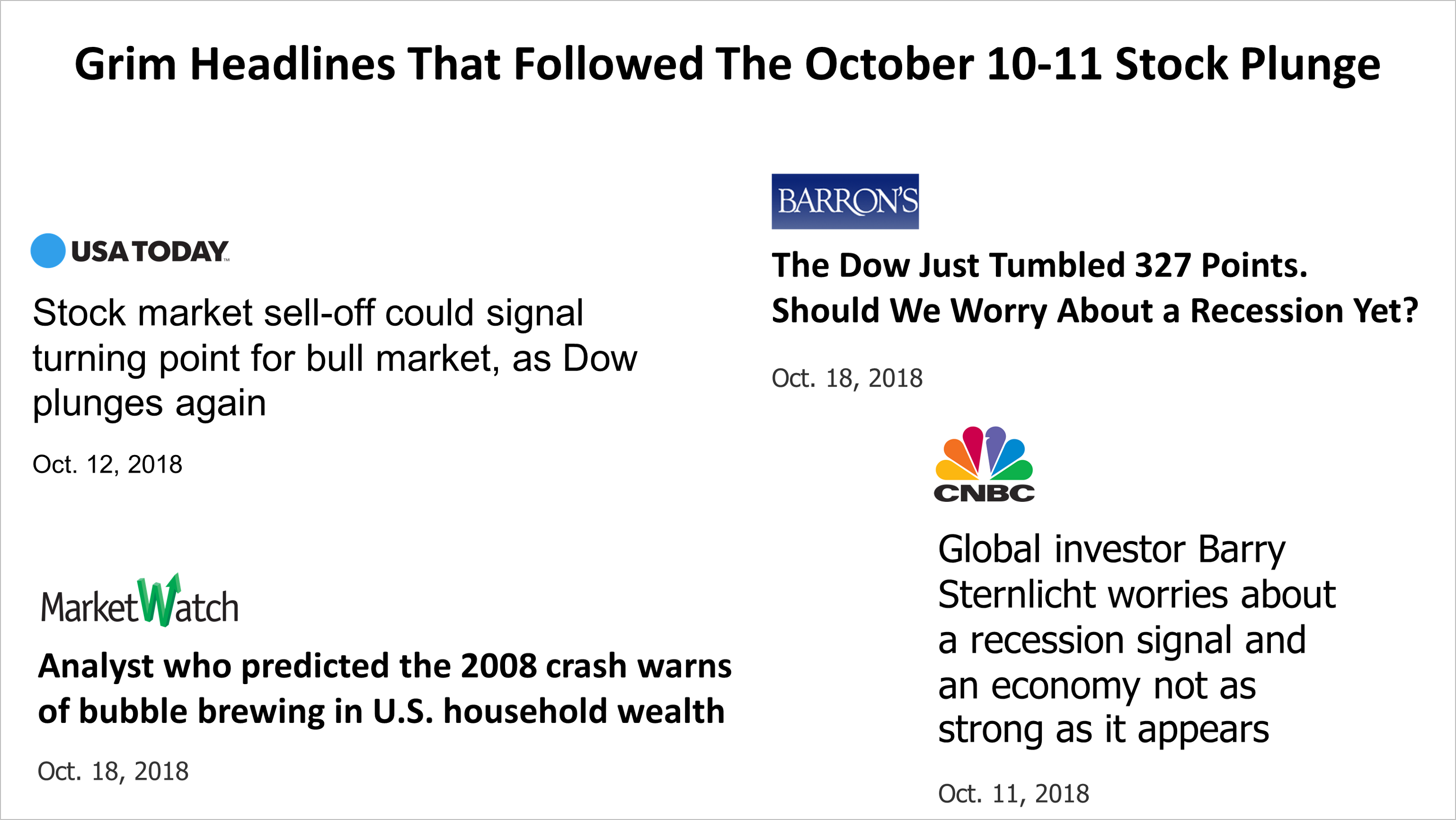 After the recent stock market volatility, some observers raised fears a recession may be on the way.


The stock market is a leading indicator for the economy and the economic expansion is indeed the second longest in modern U.S. history.


So, it's perhaps not surprising major media outlets ran headlines like these following the two-day plunge of October 10 and 11.

Was the drop in stock prices a precursor to a recession? 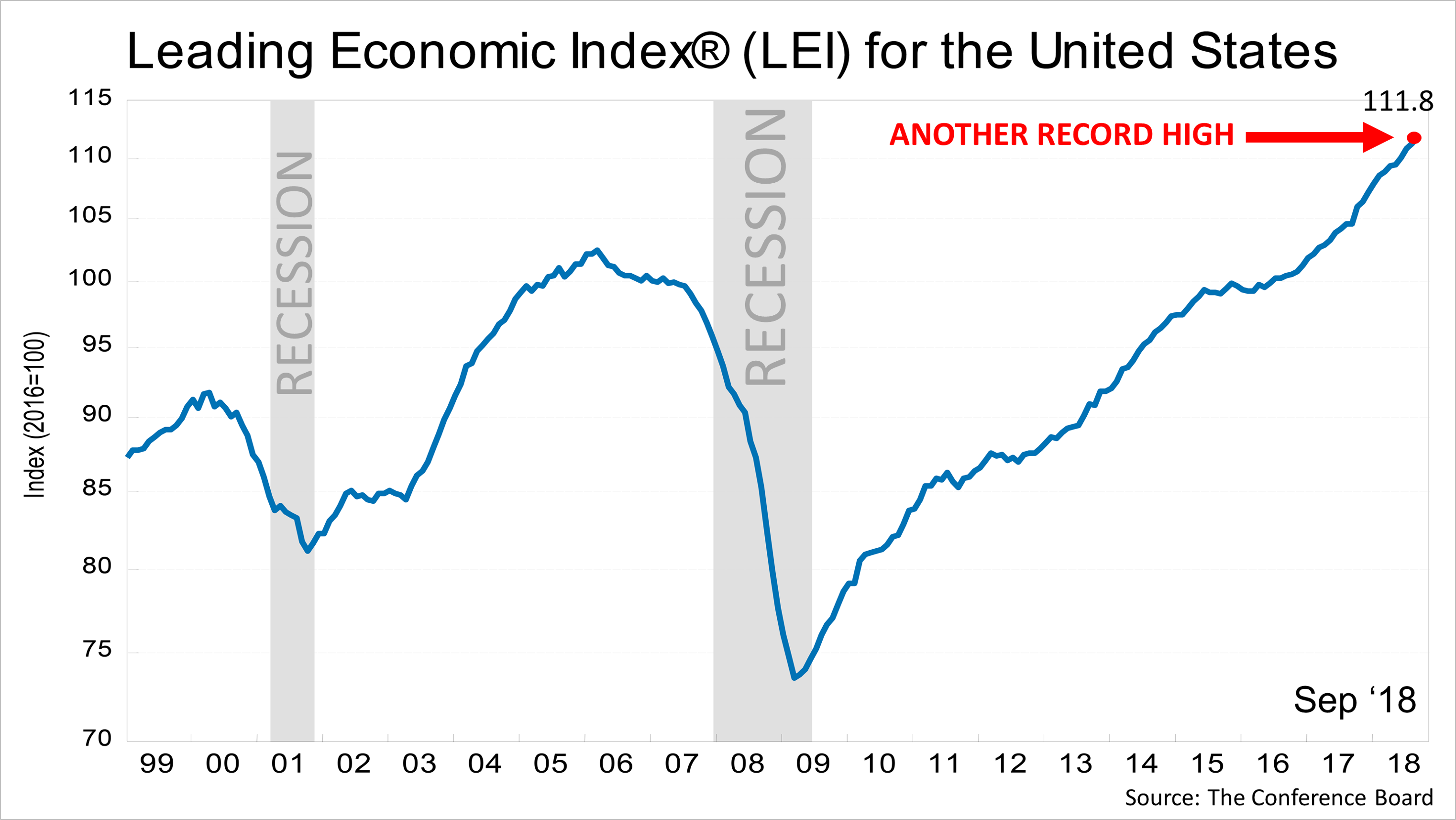 It doesn't look that way from data released this past week showing how the U.S. index of leading economic indicators (LEI) continued its surge into record territory.

The LEI is tracked by a private business group and is comprised of 10 components measuring the current economic outlook. This index has a long history and collapsed months before every recession in the post-War era. With the momentum it's showing, it's hard to see how the economy can suddenly nosedive.

Conference Board economists upped their forecast for growth of the U.S. economy, raising its August projected growth rate in gross domestic product of 3% to 3.5% in September — a large adjustment in expectations. 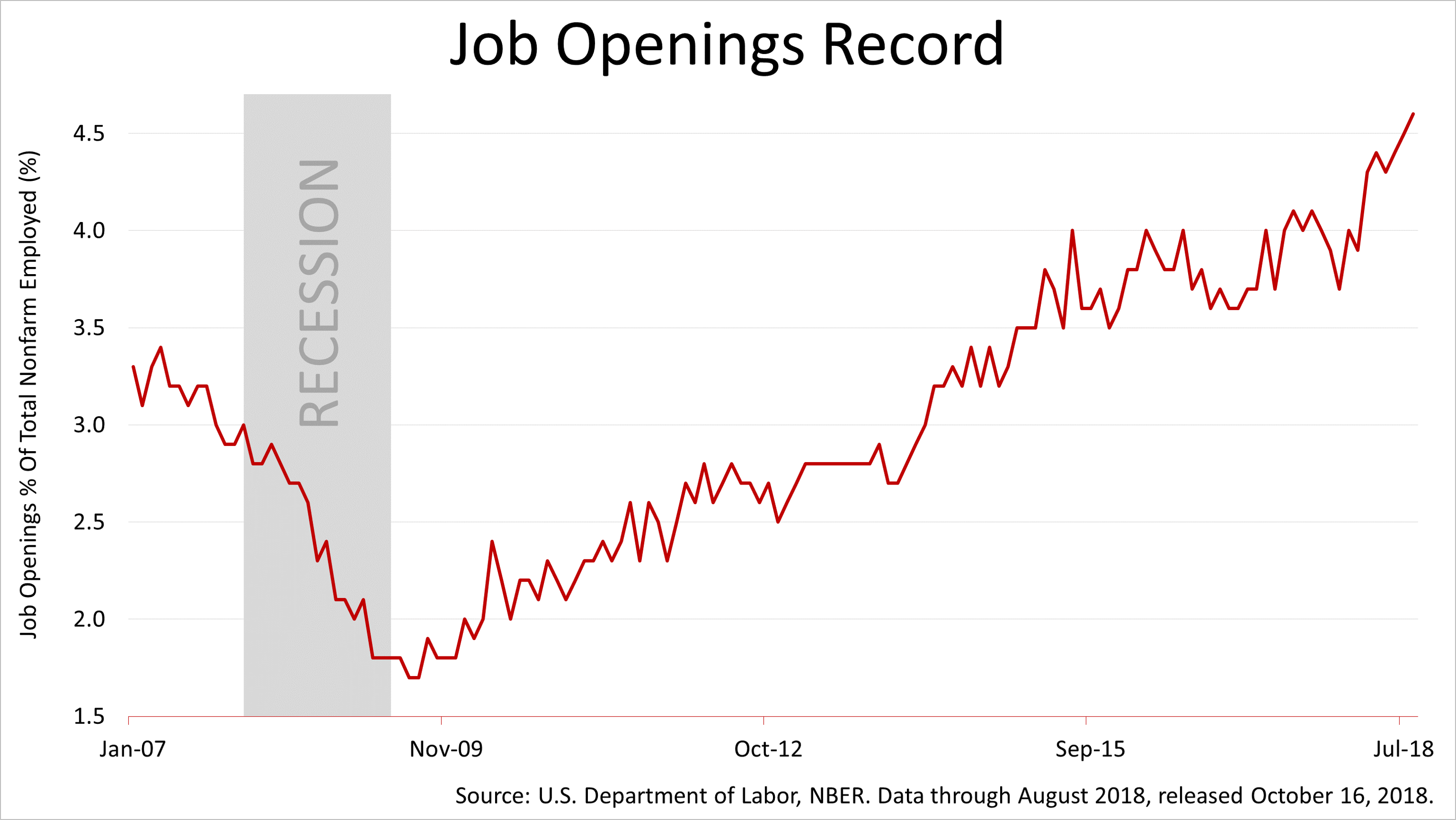 Meanwhile, job openings again hit a new record, according to the latest release from the Department of Labor.


Making the record job openings data extraordinarily unusual is that higher wages have not caused a surge in inflation. To be clear, record job openings logically imply that finding workers is growing more difficult and forces wages higher. Wages historically were the main cause of inflation in the U.S., so this is something to watch.


As previously reported, however, an increase in productivity masked wage gains in the second quarter of 2018. The productivity surge last quarter has not received wide media coverage, but labor costs actually declined by 1%, even as employee wages grew, according to the most recent government data. 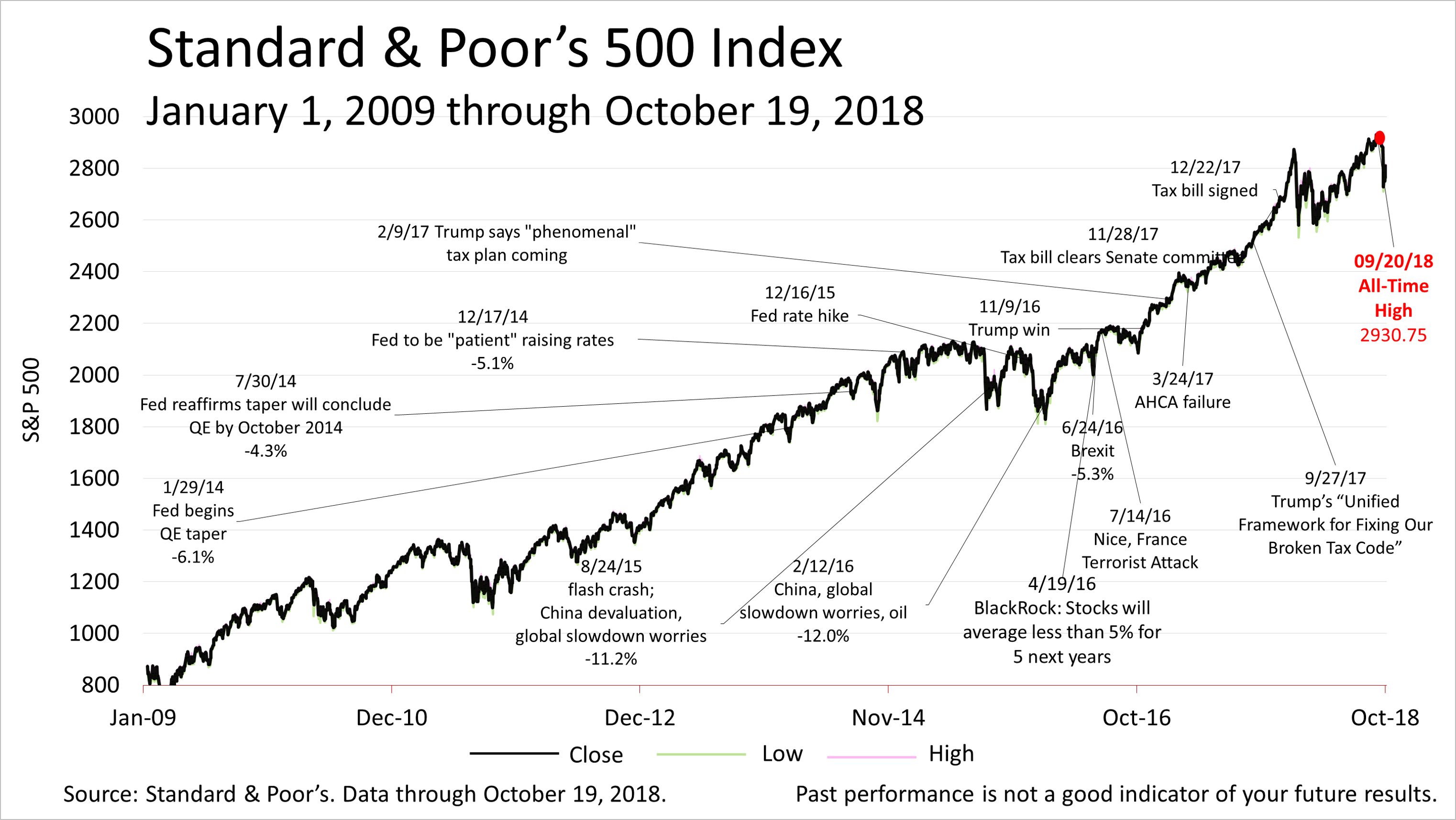 The U.S. index of leading economic indicators (LEI) continued its surge into record territory this past week and share prices in stocks were little changed for the week.