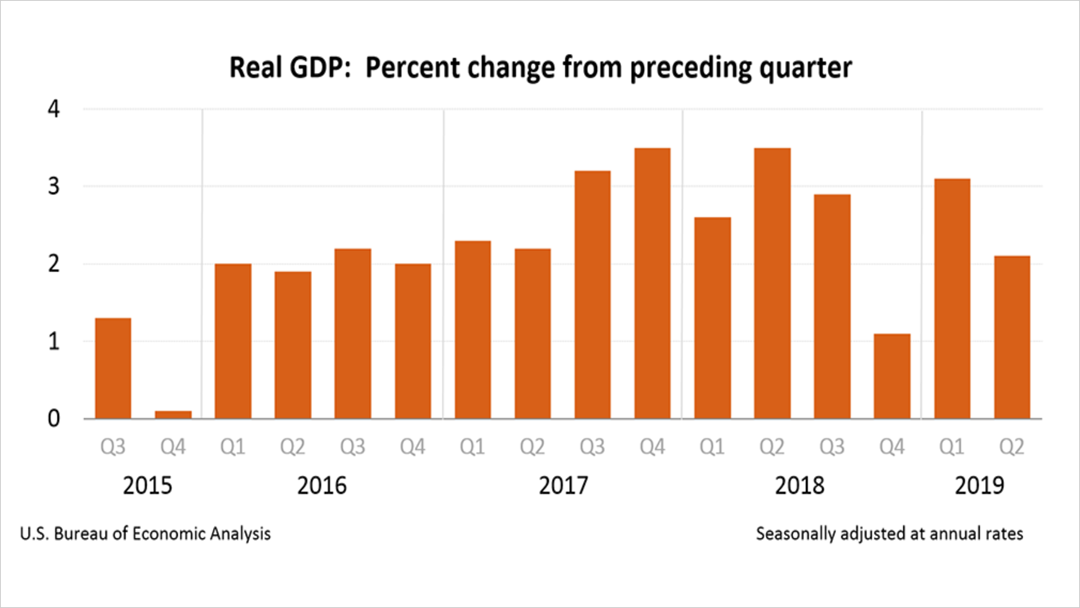 U.S. real gross domestic product (GDP) increased at an annual rate of 2.1% in the second quarter of 2019, according to the Bureau of Economic Analysis. In the first quarter, real GDP increased 3.1%, but many forecasts had expected GDP to decelerate more sharply. 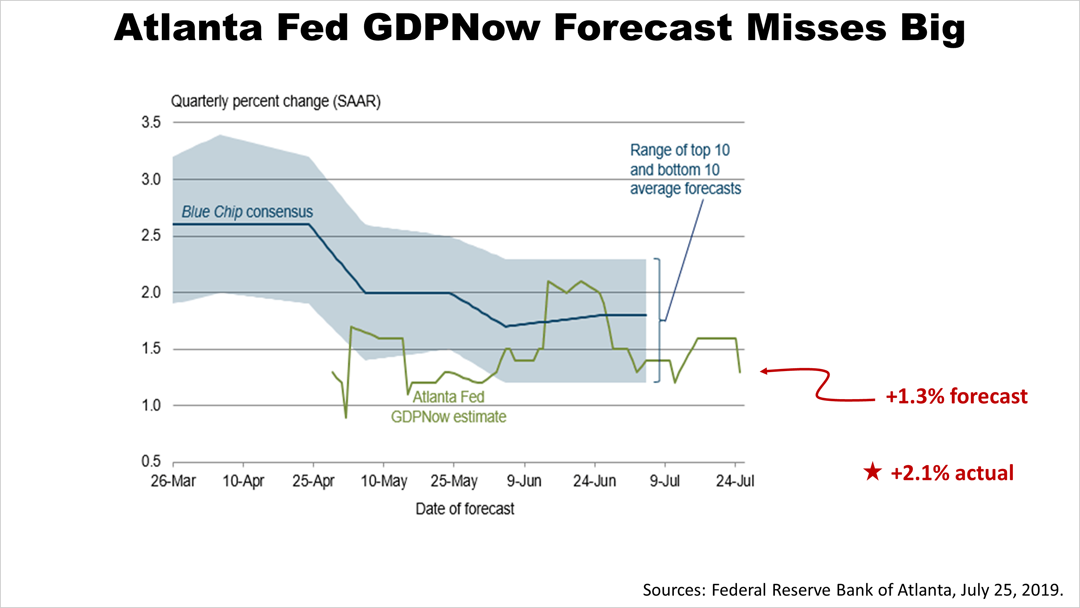 As recently as Thursday, the GDPNow forecast designed by the Atlanta Federal Reserve Bank, some of the world's best economists, updated its growth projection to 1.3%. To be clear, the Atlanta Fed's real time forecast of 1.3% on Thursday underestimated the actual rate of growth announced by the government on Friday morning by 60%! An independent real-time projection by the New York Federal Reserve Bank, for 1.5% growth, also sharply underestimated actual second quarter growth of 2.1%. 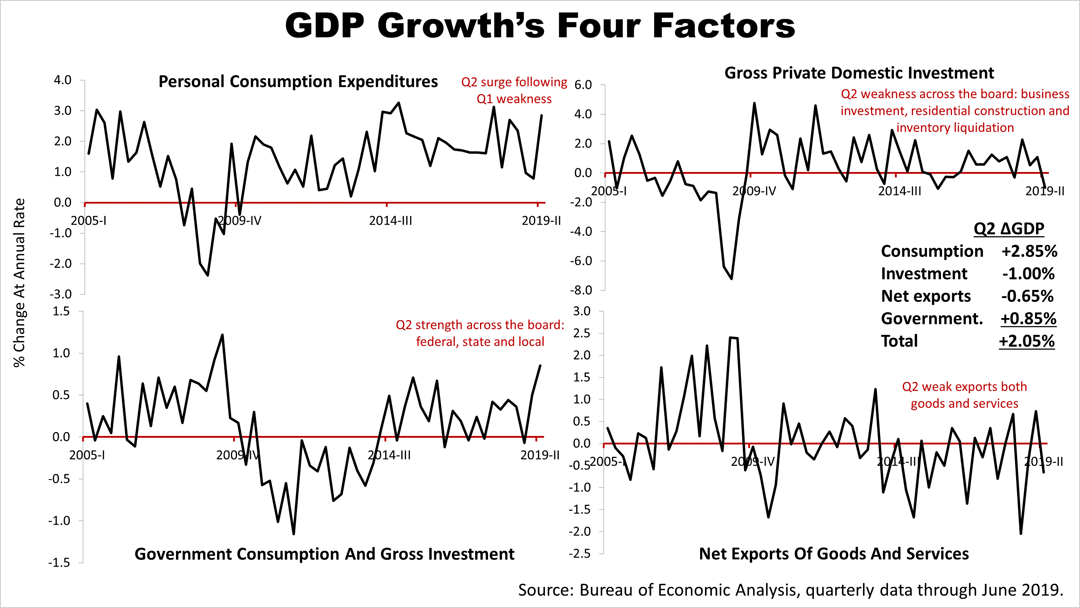 Despite declines in two of the four factors in U.S. growth — net exports and business investment — the surprising surge in consumer spending drove GDP to grow faster than what generally had been expected. 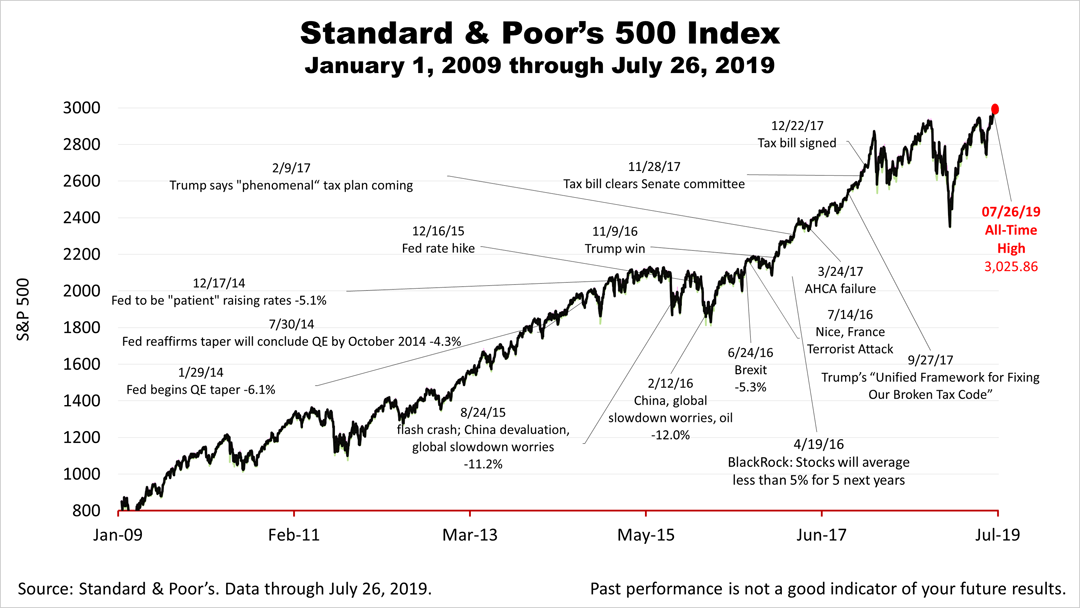 With the expansion entering its eleventh year, signs of slowing growth have spurred worries about a recession, but stocks have climbed anyway, as the strength of consumers surprised even the Fed's brightest minds, propelling continued economic growth.

The Standard & Poor's 500 stock index of large public companies, this week once again, closed above the previous all-time closing high on Friday, ending the week at 3,025.86.

With slowing growth, the months ahead could bring a dramatic pause in the record-long expansion. Profit estimates on the S&P 500 may need to be lowered by Wall Street, which could sour some investors on stocks. Expect volatility in stock prices during the deceleration in growth, but also be prepared for the expansion continuing, for the possibility that the Fed will get monetary policy right and manage strong crosscurrents; like a trade war with China, political uncertainty, and lower-than-expected inflation, and steer the economy toward renewed strength.