No Recession But A Slower Pace Of Growth 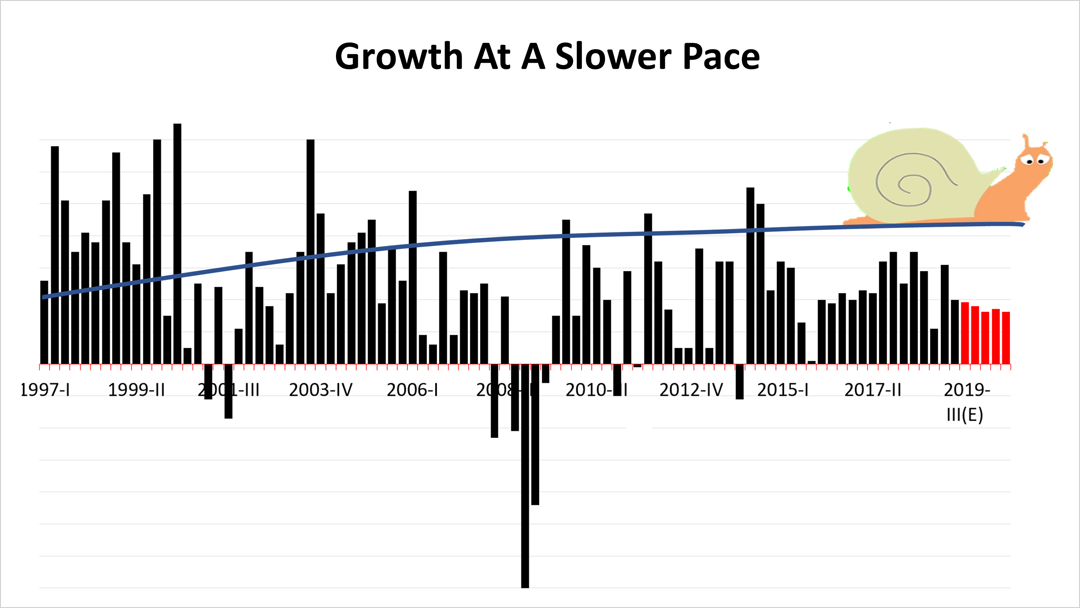 The latest data indicates the economy is not falling into a recession but is growing at a slower pace.


Here's an independent analysis of financial news for investors from a prudent professional perspective. 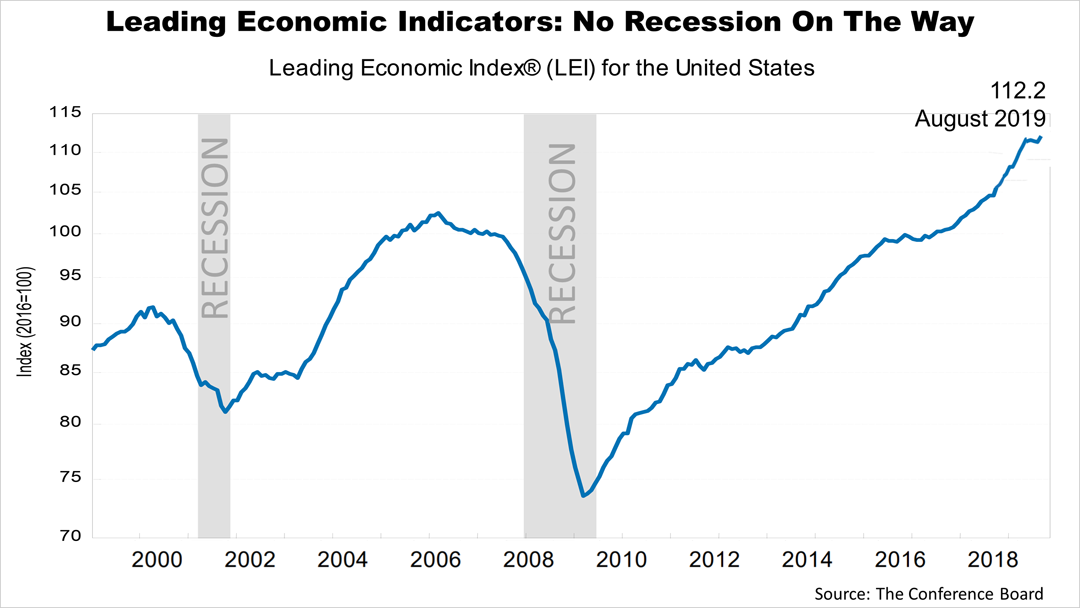 The Leading Economic Indicators index in August was unchanged after jumping one-half of 1% in July.


This broad measure of the economy had soared to historic new highs in recent years before dropping one-half of 1% in May and again in June.


Before recessions in the past, the LEI plunged for many months. It's not doing that now and remains near a record high.

"The manufacturing sector continues exhibiting signs of weakness and the yield spread was negative for a second consecutive month," said Ataman Ozyildirim, director of economic research at The Conference Board, which tracks the LEI monthly. "While the LEI suggests the U.S. economy will continue to expand in the second half of 2019, it is likely to do so at a moderate pace." 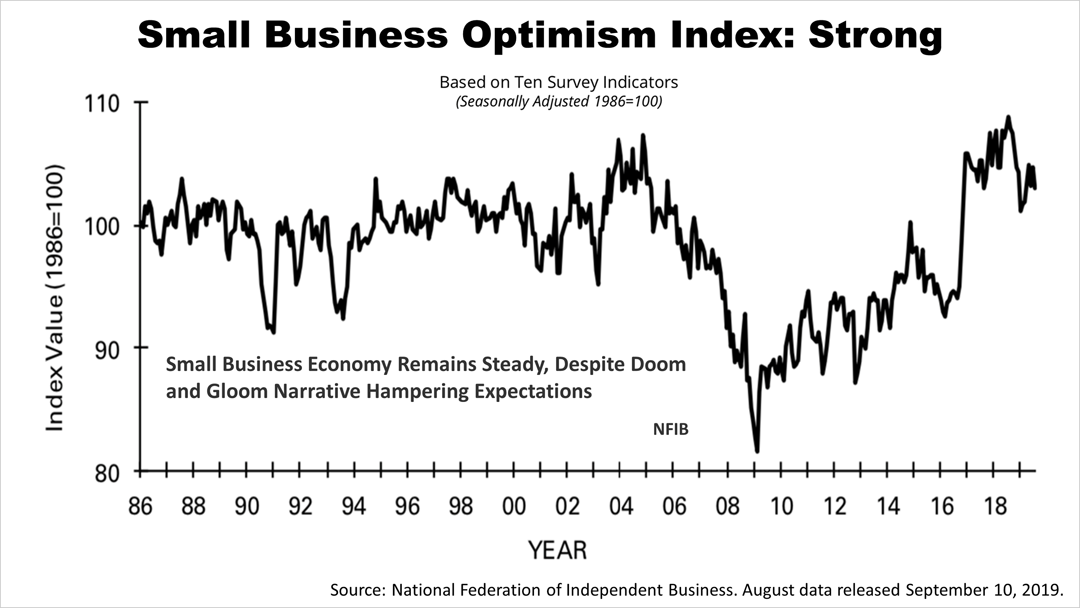 Similarly, the business owner optimism index fell 1.6 points in August but remained high by historical standards. The economic research team at the National Federation of Independent Businesses (NFIB) began surveying business owner optimism monthly in 1986 and the index has been higher than its August level only 15% of the time — about 81 of the last 548 months.

"The pessimism we're seeing is contagious, even though the actual economy is thriving," said William Dunkelberg, NFIB Chief Economist for several decades. "Expectations can be infected and, as a result, could turn sour. All the talk about an impending recession can create a false reality, but it doesn't make it right." 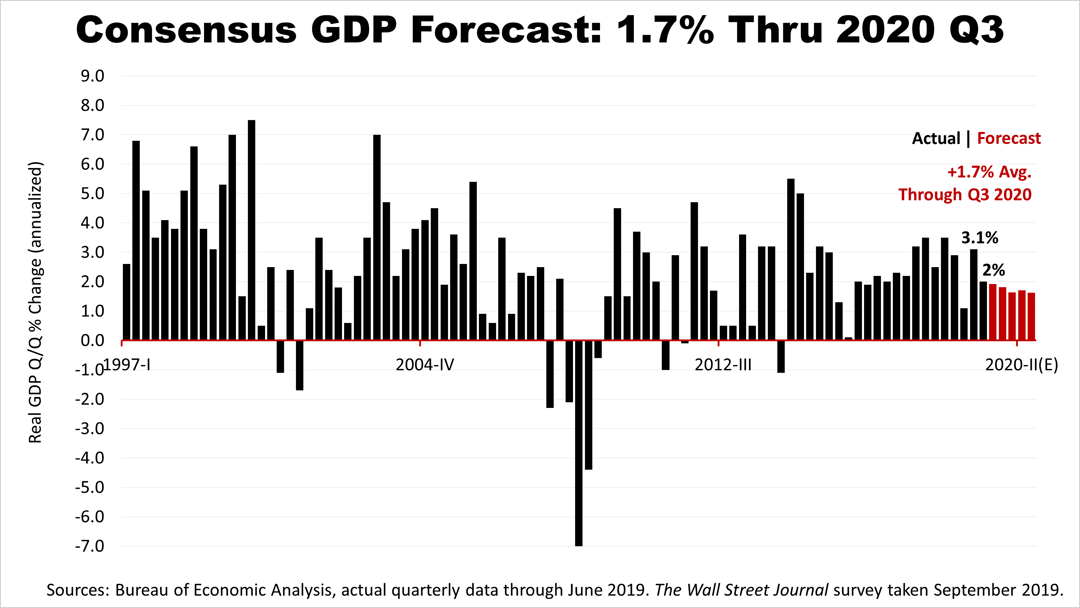 The 60 economists polled monthly by The Wall Street Journal in early September expected a growth rate of 1.7% through the third quarter of 2020. While the consensus forecast is not always right, their forecast confirms other indicators showing that a recession is not likely. 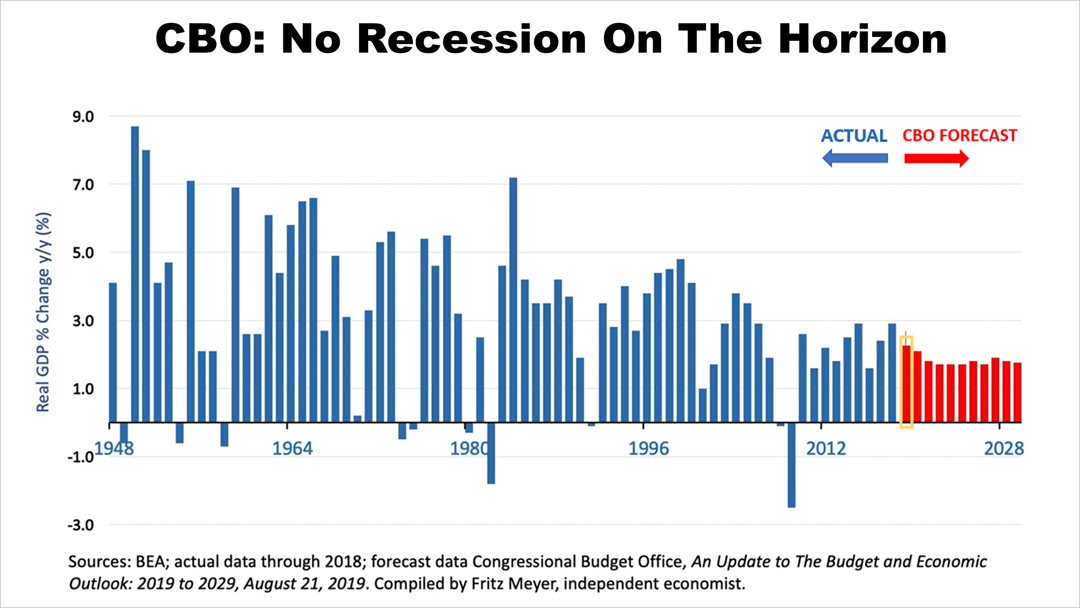 Further confirmation that a recession is not on the horizon and that slow growth is expected in the years ahead also comes from the non-partisan Congressional Budget Office. The CBO published its 25-page quarterly forecast of the long-term debt and annual federal budget deficit forecast for the next 10 years on August 2nd. The CBO expects 2019 growth of 2.3.%.


The latest CBO forecast confirms that the economy is not sinking into a recession. The CBO expects the long-term growth rate over the next 10 years to settle at about 1.8%, which is in-line with the consensus forecast for the next five quarters. Growth in the U.S. has been slowing for many years, largely because of the slowing growth of the labor force. 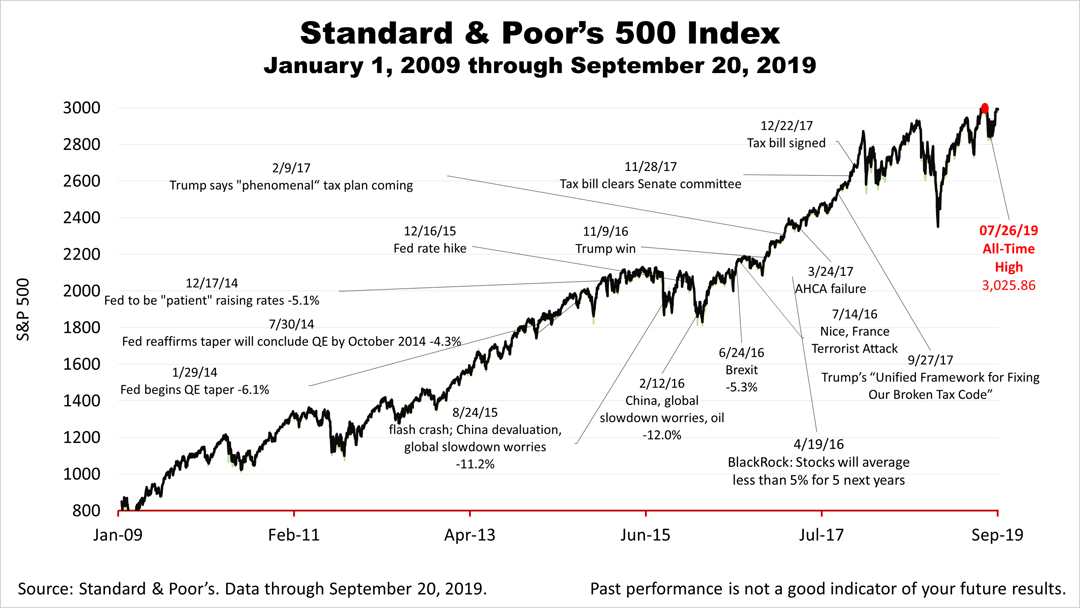 Despite growing fears of a recession and evidence of slower growth ahead, the Standard & Poor's 500 stock index closed on Friday at 2,992.07, about 1% lower than its all-time closing high.