Despite Frights, Can The Expansion Continue? 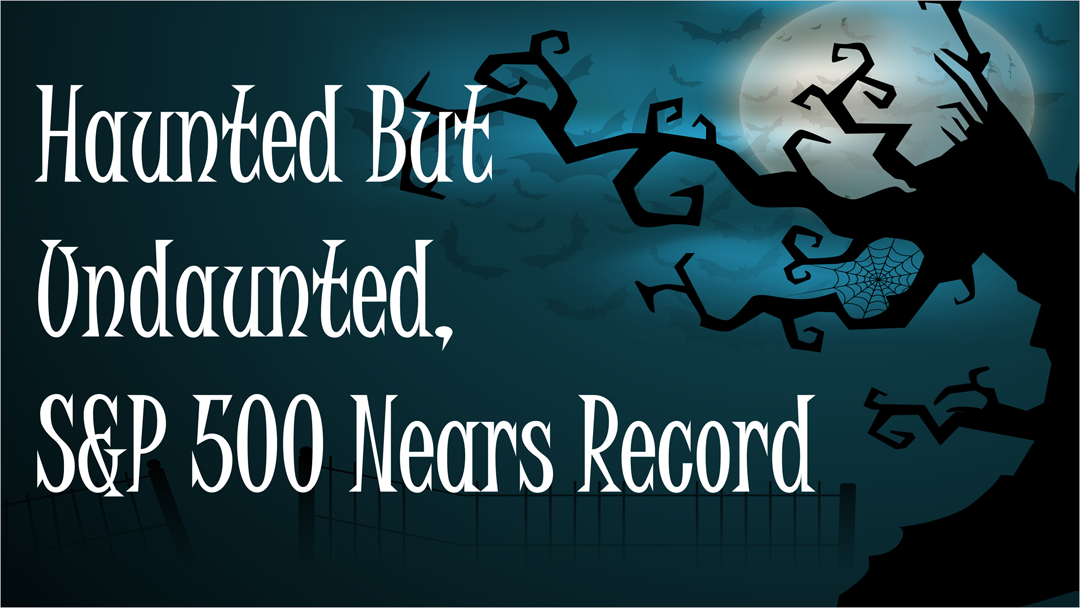 As Halloween sweeps in, no shortage of frights haunt investment markets, including the trade war with China, a recession in the manufacturing sector, and unusual U.S. political uncertainty.


Despite the scary possibilities, the worst stock market drops of the past year all followed the Federal Reserve Board's pronouncements, and the Fed has been able to avert the market's worst fears. 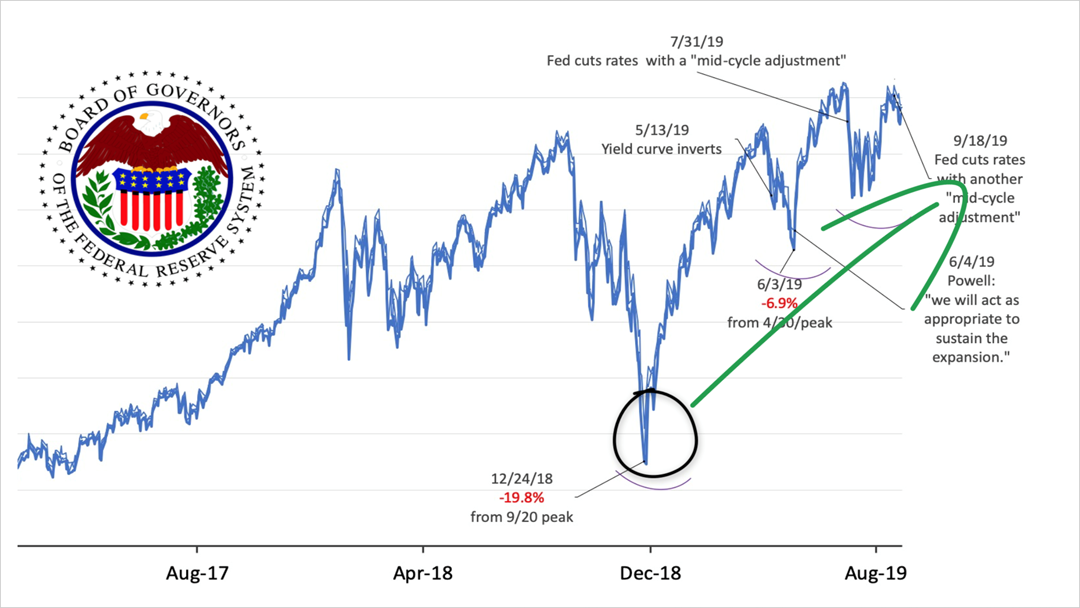 For months now, the Federal Reserve, as it works to extend the economic expansion into 2020, has driven the stock market — both up and down.

It's always been wise not to get emotional about the news affecting markets, which may seem so dismal at bleak moments in history.

While past performance is not indicative of your future returns, we believe the long arc of history gives you a framework for modeling the future based on economic fundamentals. 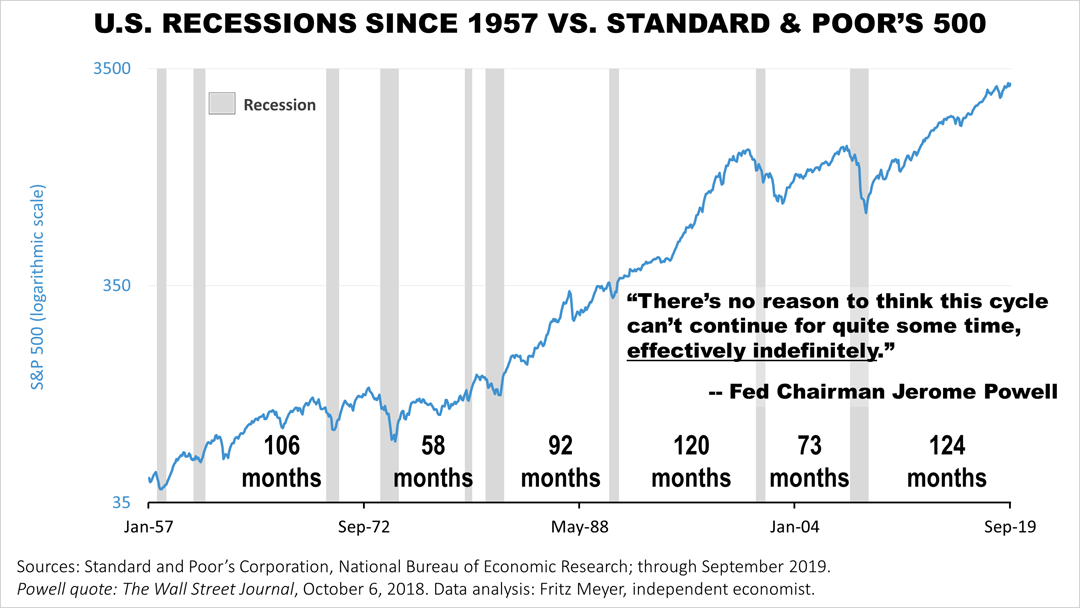 As we near the 124th month of the longest business cycle in modern history, a growth rate of about 1.8% is sustainable — as long as the Fed does not make a policy mistake, which is always possible. The Federal Reserve's mistakes caused every recession in modern history.

Since Alexander Hamilton revolutionized central banking in 1790, the United States has learned from its mistakes. The Fed used modern tactics to stop the world financial system from collapsing in 2008 and its three-stage quantitative easing program — a central bank tactic never before attempted in a major economy — helped refinance the American expansion that remains intact.

The Fed is more nimble and quicker to change monetary policy before economic growth is choked by high lending-rates. And the speed of information has accelerated; monetary policy shifts are promulgated in an instant.


A Fed mistake caused the inversion of the yield curve in December of 2018, but the Fed quickly recognized its policy was not working and eased rates twice by a quarter-point since then.


A subtle trend illustrated in this chart is that the nation's central bank has been able to lengthen the business cycle in recent decades.

Fed Chairman Powell has publicly stated that the Fed could possibly extend this current cycle of growth in gross domestic product well beyond the 123 months already achieved.


Central banks have learned how to better manage national economies, a sign of progress in the modern era that has unfolded slowly in the post-War period. 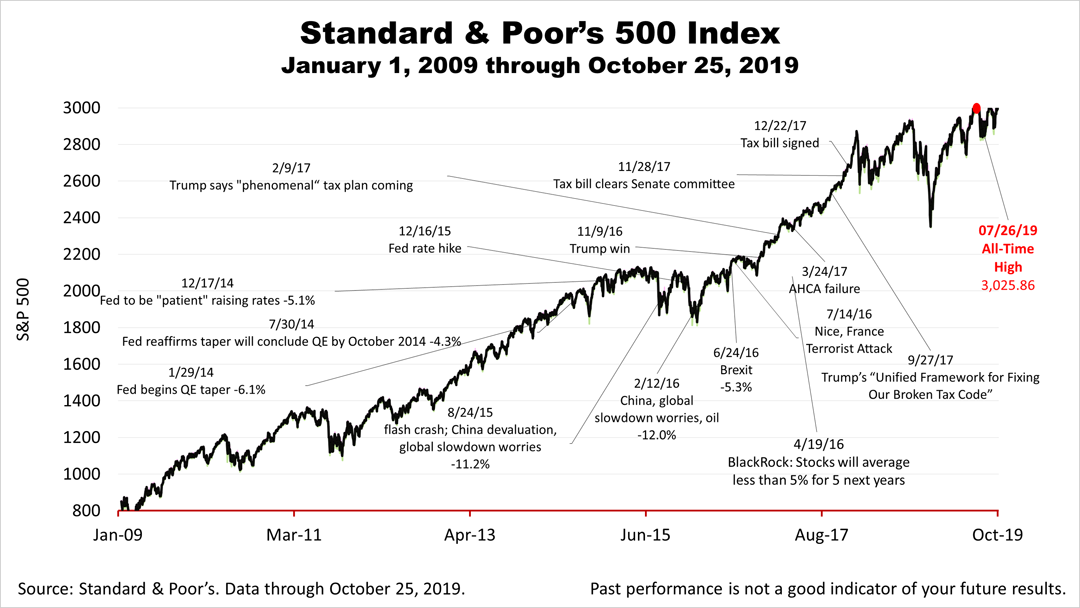 Haunted but undaunted, the Standard & Poor's 500 stock index closed on Friday at 3,022.55, three one-hundredths of 1% lower than its all-time record closing high.