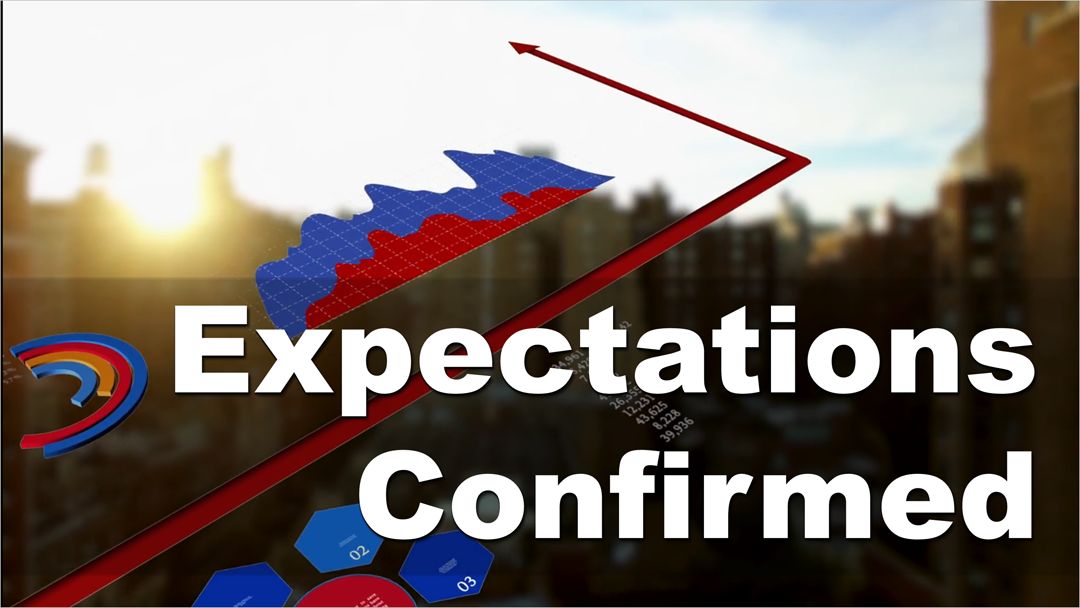 Newly released data confirmed expectations that the 10-year-old expansion — already the longest ever — will continue growing albeit at a modest pace. 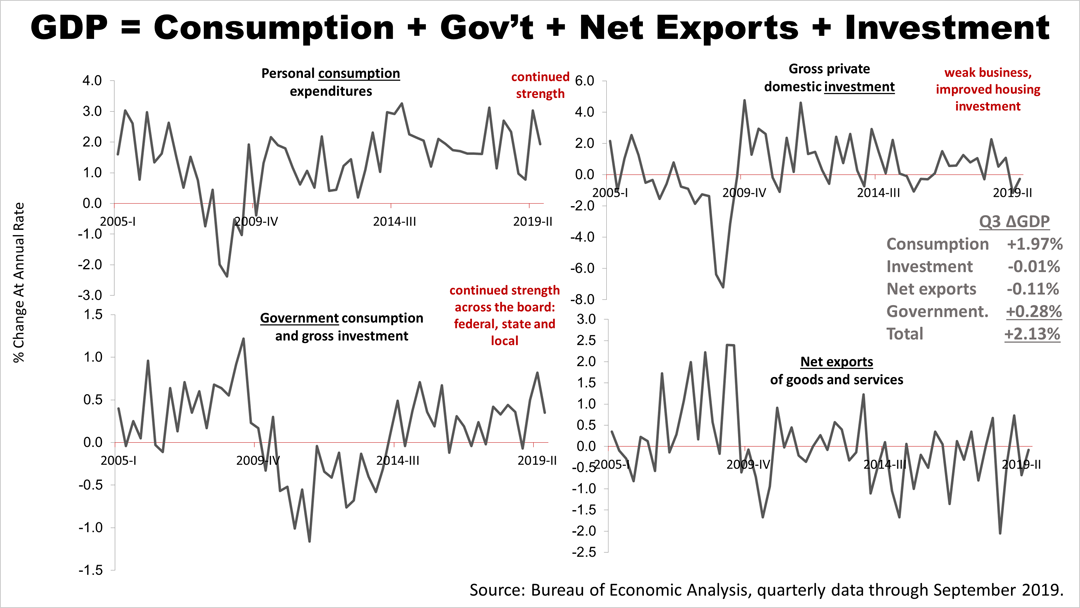 The four components of U.S. economic growth — consumers, exports net of imports, state and local government spending, and business investment — grew by 2.13% in third quarter of 2019.

The government issues three estimates of the quarterly growth rate and the first estimate was for a slowing rate of growth in gross domestic product. The new figure is the first revision before the final figure will be released. The GDP growth rate came in at 2.13% in the third quarter, which ended on September 30th, 2019.


U.S. growth is being driven almost entirely by consumers and low inflation. 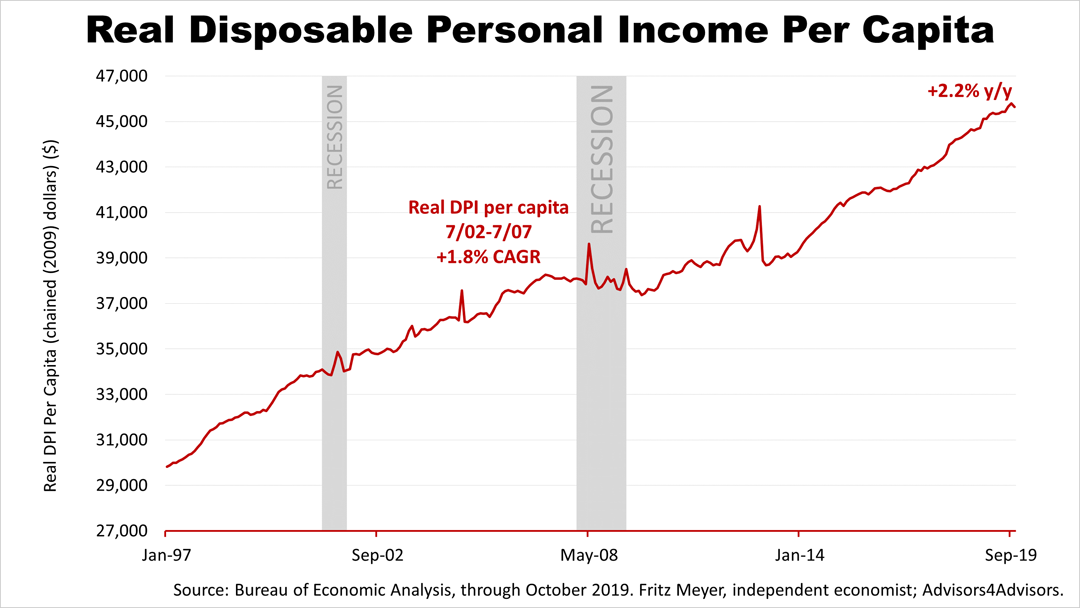 After adjusting for inflation, real disposable personal income grew by 2.2% in the 12 months ended in October 2019. That was down from September's 12-month rate of growth of 2.6%, but the highs in real disposable personal income per person relative to the two previous expansions are impressive and important. The amount of money the average working American has in their pocket available to spend has not been higher in modern America. 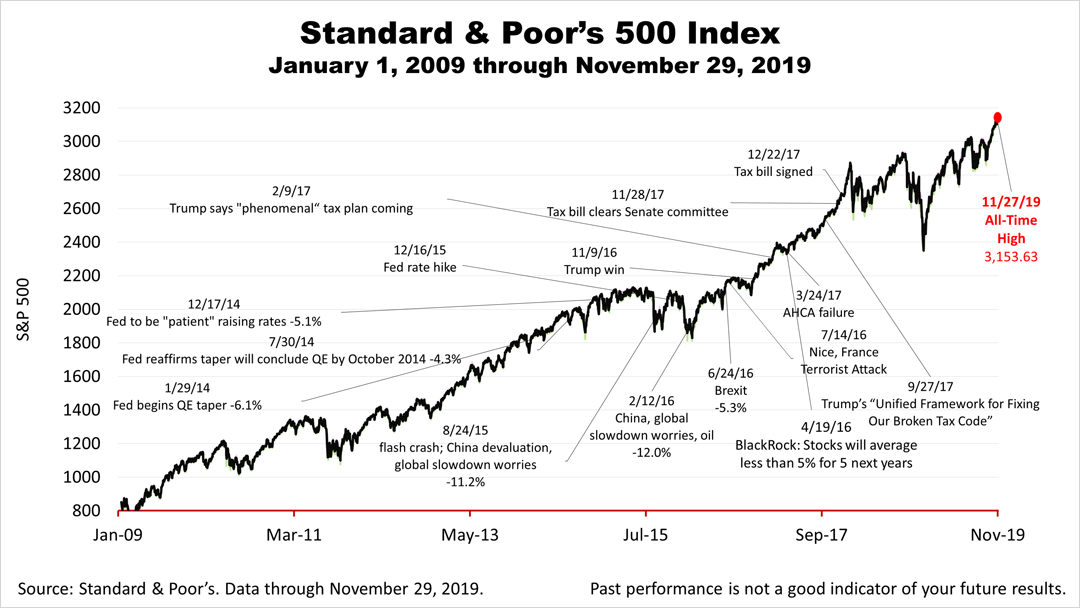 On the Friday after Thanksgiving 2019, the Standard & Poor's 500 index, a grading system for financial economic progress, closed fractionally off an all-time high reached on Wednesday, at 3,140.98.