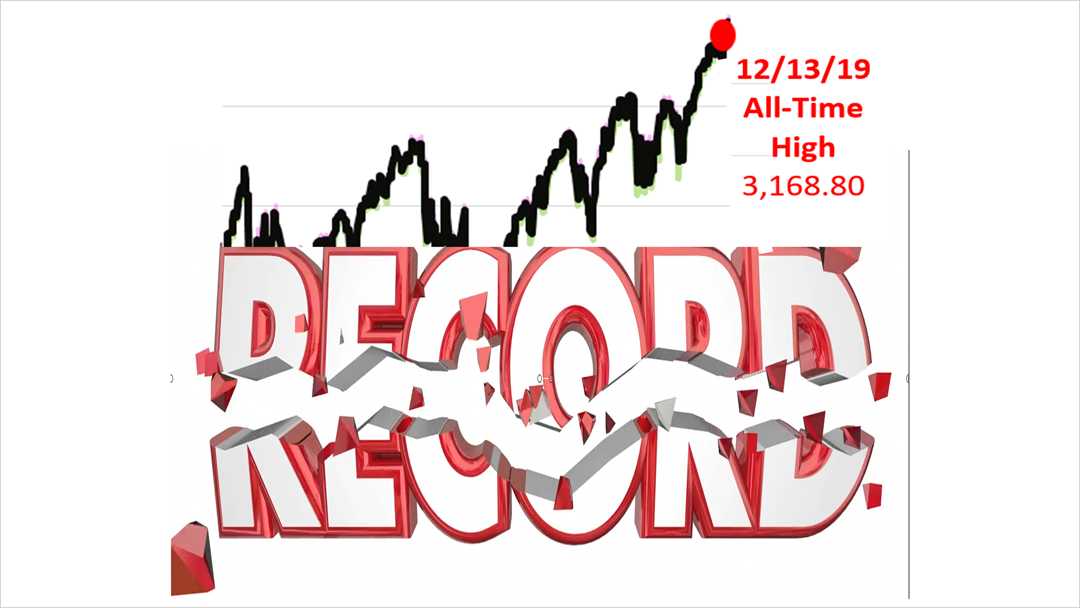 A strong November retail sales report, soaring business-owner confidence, and good news on the trade war with China this past week propelled the Standard & Poor's 500 to a record-breaking closing high. 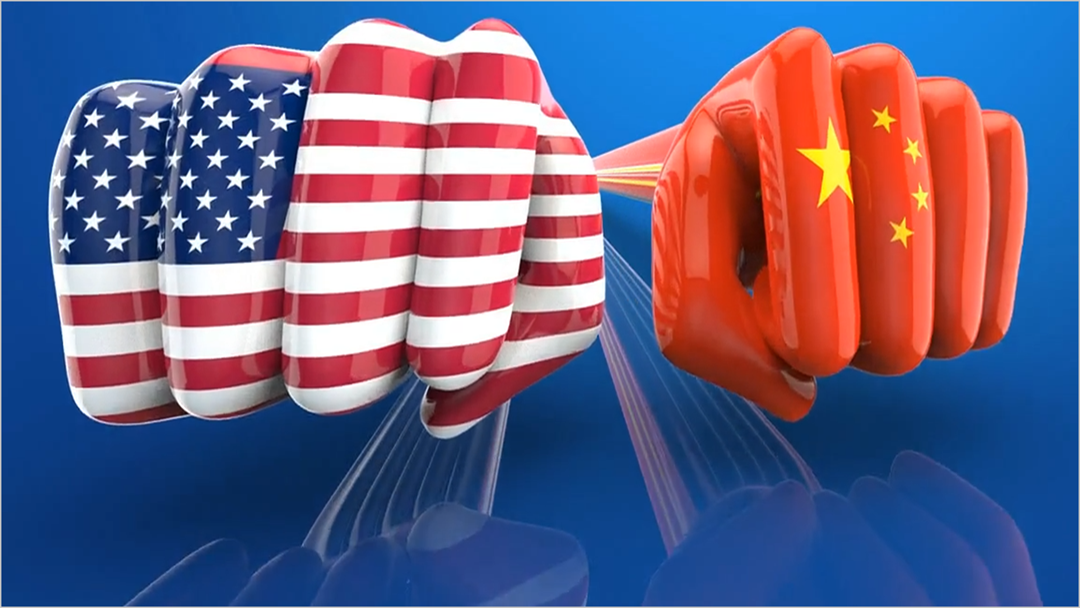 The U.S. trade war with China, at worst, threatens to shave two-tenths of 1% of U.S. gross domestic product, according to research by J.P. Morgan. The damage caused by the trade war is not as costly to the economy as you would be led to believe from the headlines it has generated for months. However, the prospect of the world's two largest economic powers slugging it out for years is a gut punch to investor sentiment. That was just one piece of the good news this past week. 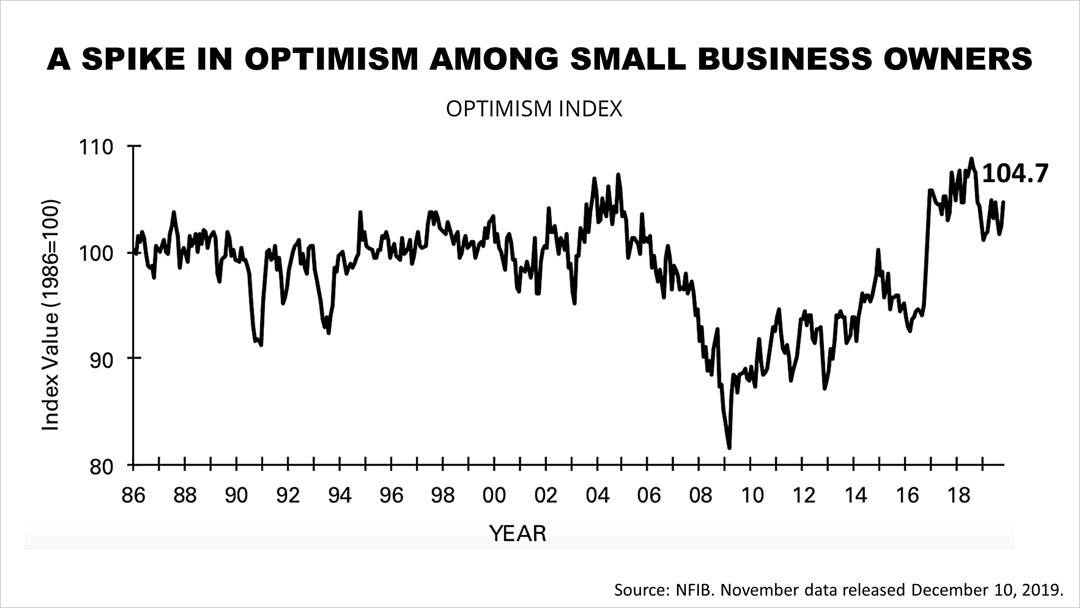 Small business owner optimism posted the largest month-over-month gain since May 2018, rising 2.3 points to 104.7 in November. Owners saying it is a good time to expand increased by 6 points, and those expecting better business conditions increased by 3 points, according to the National Federation of Independent Businesses. The NFIB's Uncertainty Index fell 6 points in November, its lowest reading since May 2018.

Small business accounts for half the economy and about 70% of new jobs created, making the NFIB index an influential indicator. If small business owners are optimistic, they're hiring and that drives personal income higher, which drives consumer spending, which accounts for 70% of economic growth. That's good news. 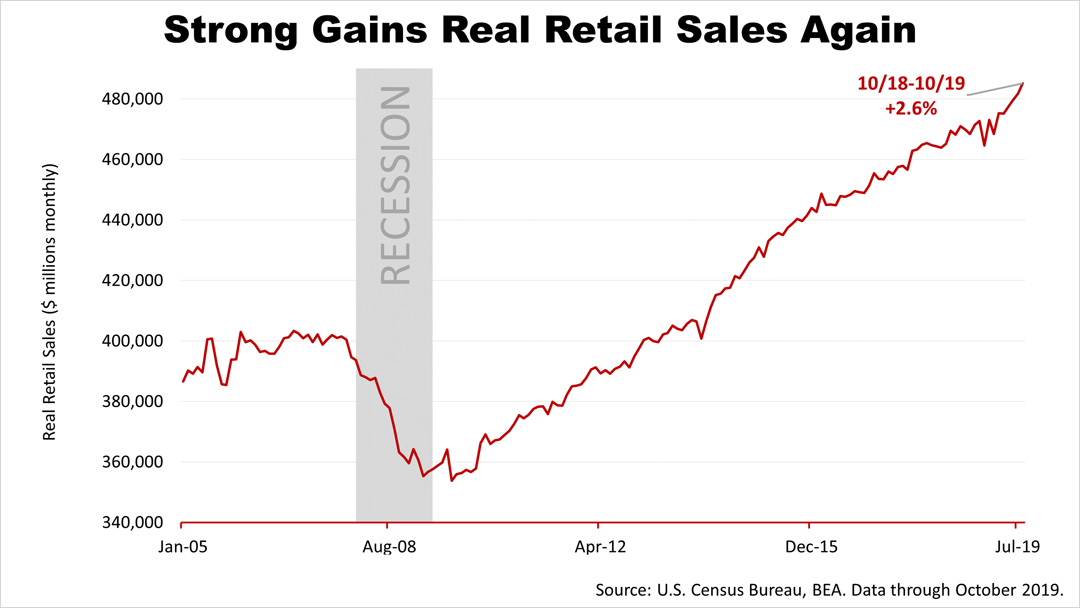 That makes this spike occurring in real retail sales encouraging. In the 12 months through the end of October, retail sales — after adjusting for inflation — were up 2.6%. Relative to the last expansion, real retail sales have been setting records since 2014 and the growth rate in the past six months has accelerated. That's good news. 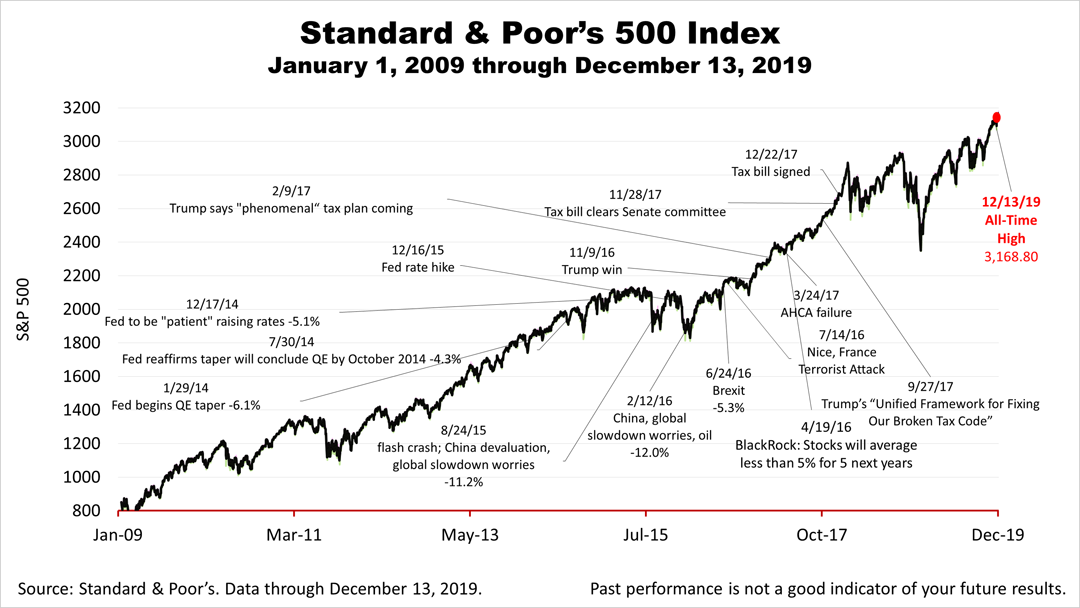