A Spectacular Year For Stocks 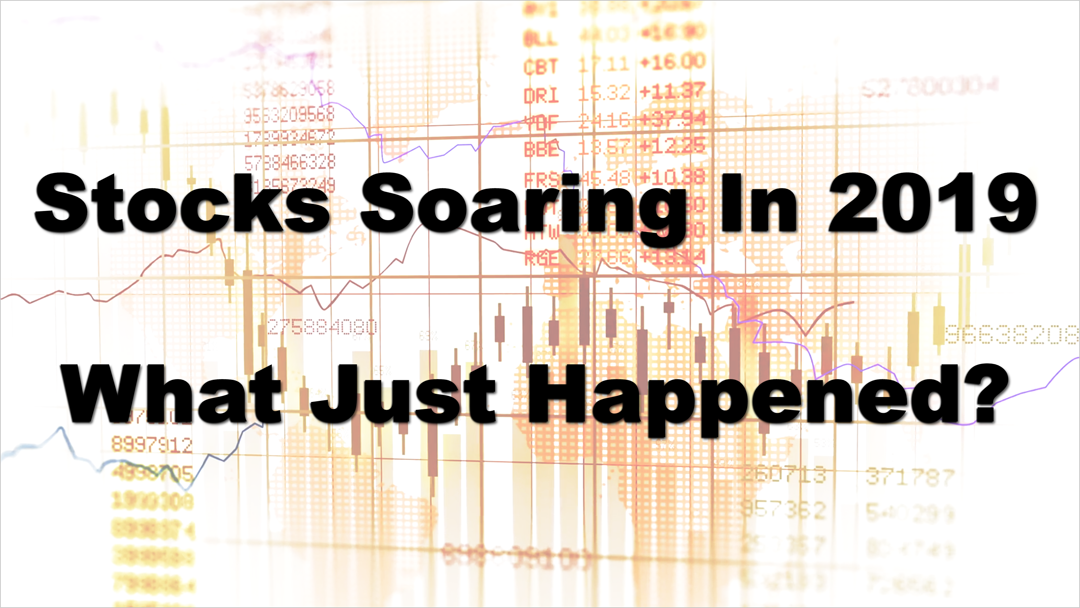 Stocks are poised to close the year near a record-high, up nearly 30%, with just one-and-a-half trading days left in 2019. As a spectacular year for stocks ends, it's wise to remember that the 2019 bull market repeatedly defied widespread worries all year long, and returns in 2019 were defined by the actions of the Federal Reserve.

A year ago, stocks were in the throes of a 19.8% drop. On December 19th, 2019, the Fed chair had announced a quarter-point hike in interest rates, which triggered a short-lived plunge that, after rounding, qualified as a bear market. 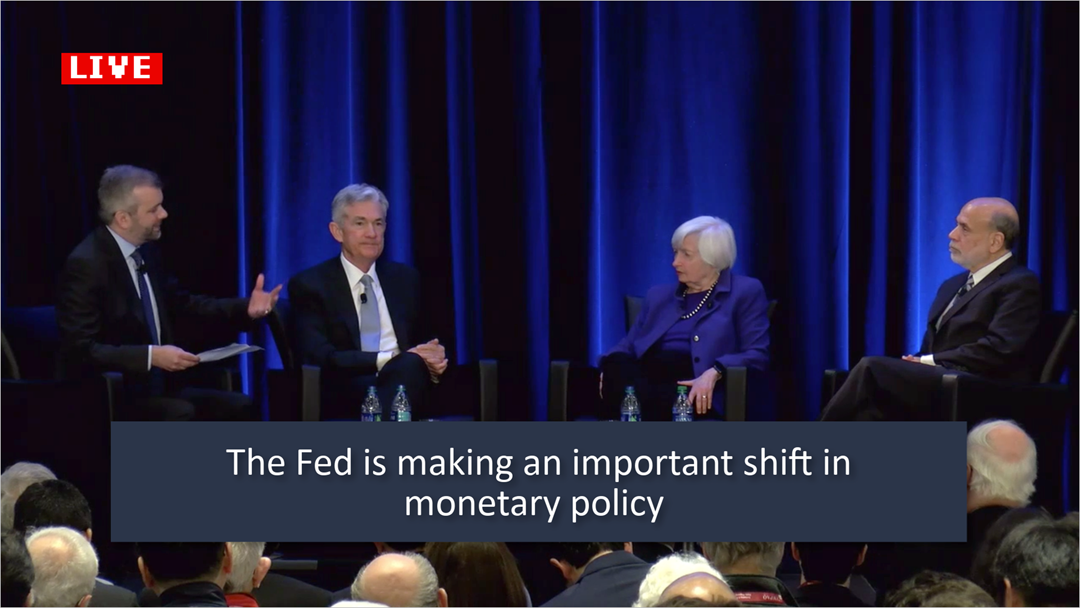 On January 4th, 2019 the nation's most powerful financial officer appeared at the American Economic Association meeting in Atlanta, flanked by his two most recent predecessors, and admitted the Fed made a mistake by raising rates.

Fed Chair Jerome Powell shifted monetary policy significantly, live on the Web before an audience of several thousand viewers as well as those in the room. 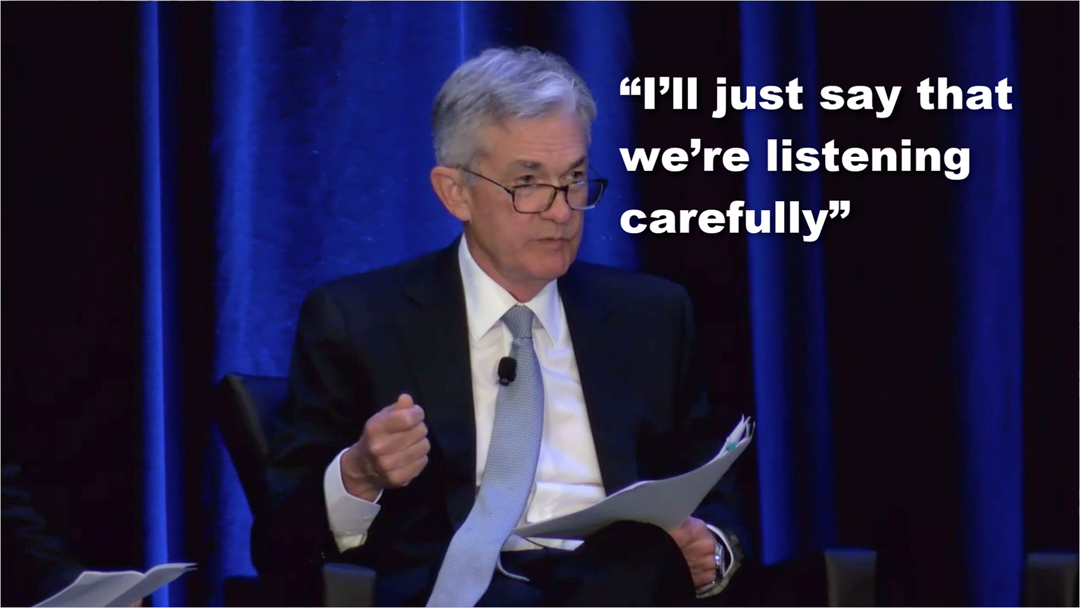 It was a poignant moment in financial history because it showed the transparency of the Fed — a uniquely American strength. Investors fled stocks, the key to retirement nest eggs of baby boomers, fearing lower global growth and a trade war with China, Mr. Powell said: "I'll just say that we're listening carefully."

The chairman repeated that the Fed was listening to the markets several times and then, seemingly doubling down on total transparency, said he would be taking the market's downside risks into account in making policy decisions moving forward. The Fed's policy reversal presaged three quarter-point rate cuts in 2019, which fueled the bull market of 2019. 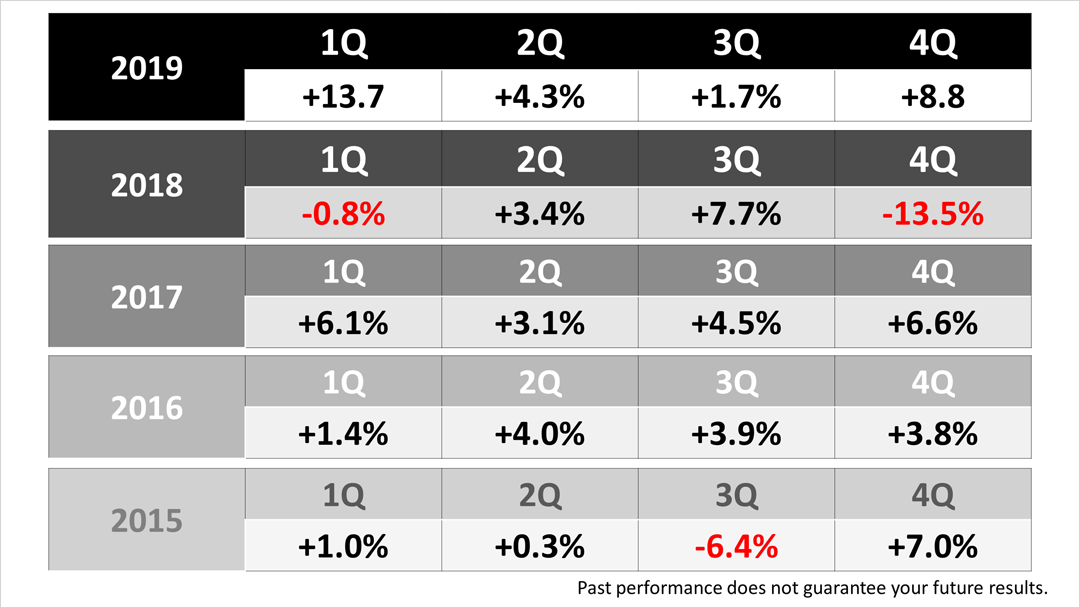 Looking back at the last 20 quarters shows how totally unpredictable the stock market has been and is expected to be in the future.


In 2015, the S&P 500, a barometer of the investment value of the largest investable companies in the United States, underperformed the average return annually since 1926 of about +10%. But the next calendar year was spectacular!


The unevenness of the returns quarter-to-quarter is typical of the spasmodic gains of a bull market, which are unpredictable. 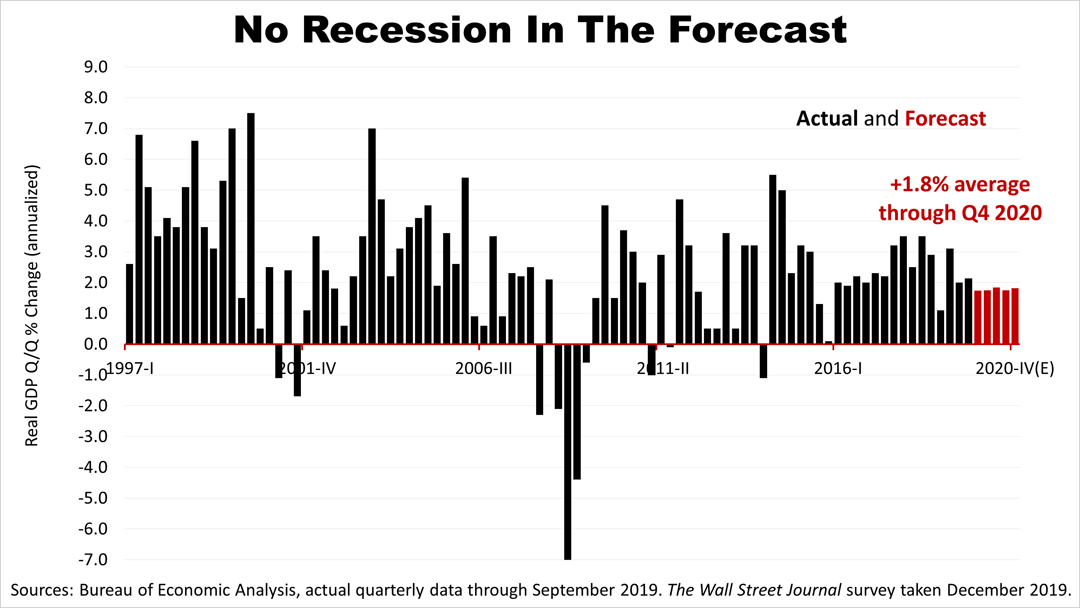 Meanwhile, the 60 economists surveyed in early December by The Wall Street Journal predicted an average +1.8% rate of quarterly GDP growth over the five quarters ahead. That means the 10½-year expansion — the longest in modern history for the world's dominant economic power — is not expected to end for the foreseeable future. 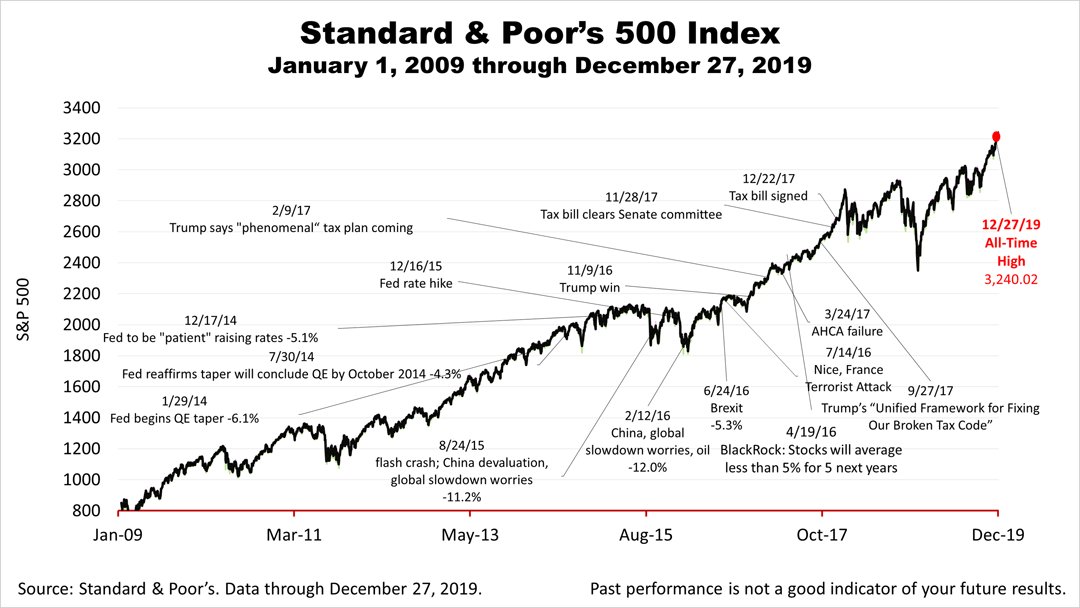 With economic growth expected, low inflation, and low interest rates, the Standard & Poor's 500 index broke records yet again this past week, closing on Friday at a record-breaking 3,240.02.