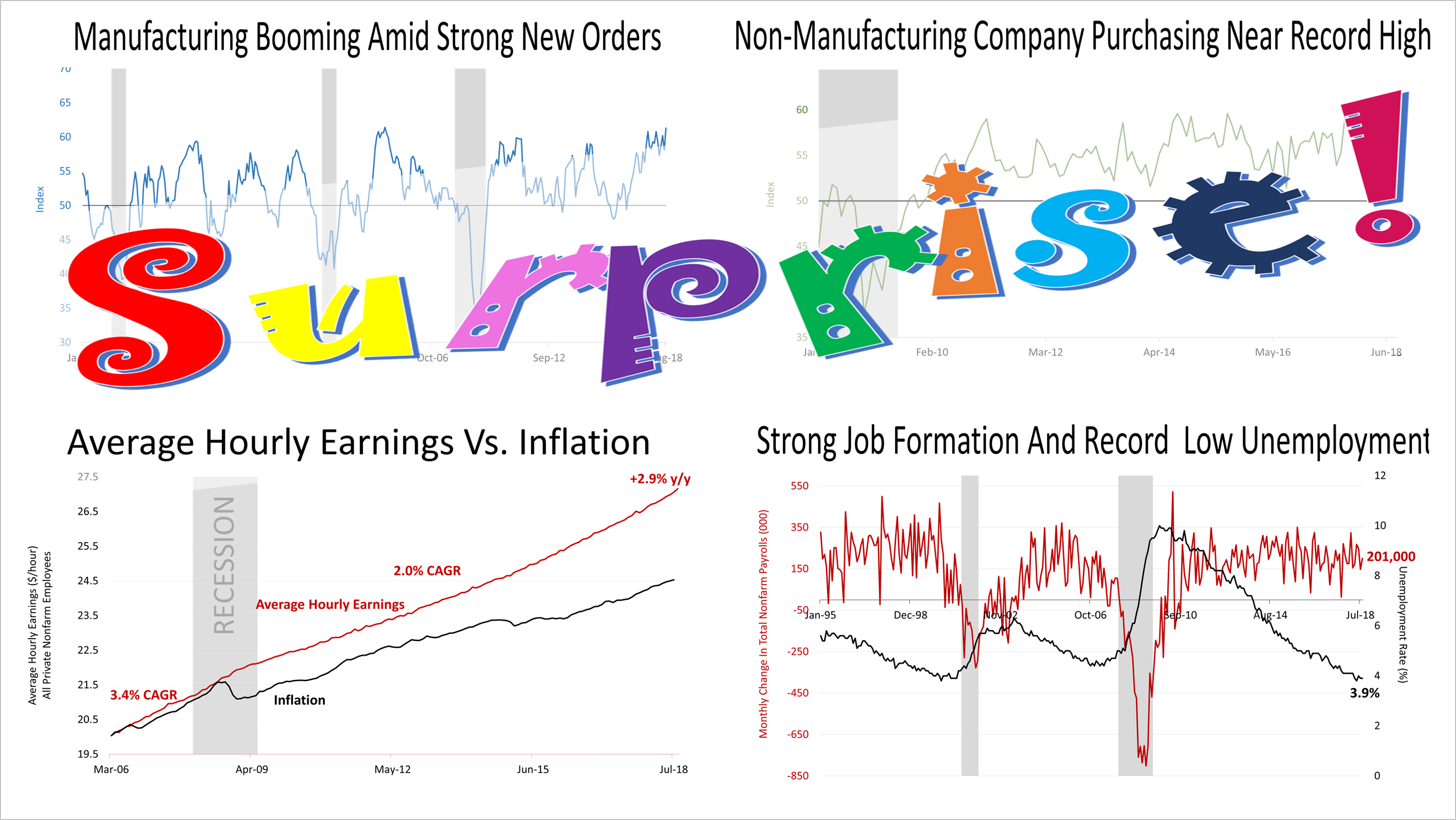 Forward-looking data on the broad economy, along with new reports on employment and wages, indicate the U.S. economy is in the midst of an unexpected surge. 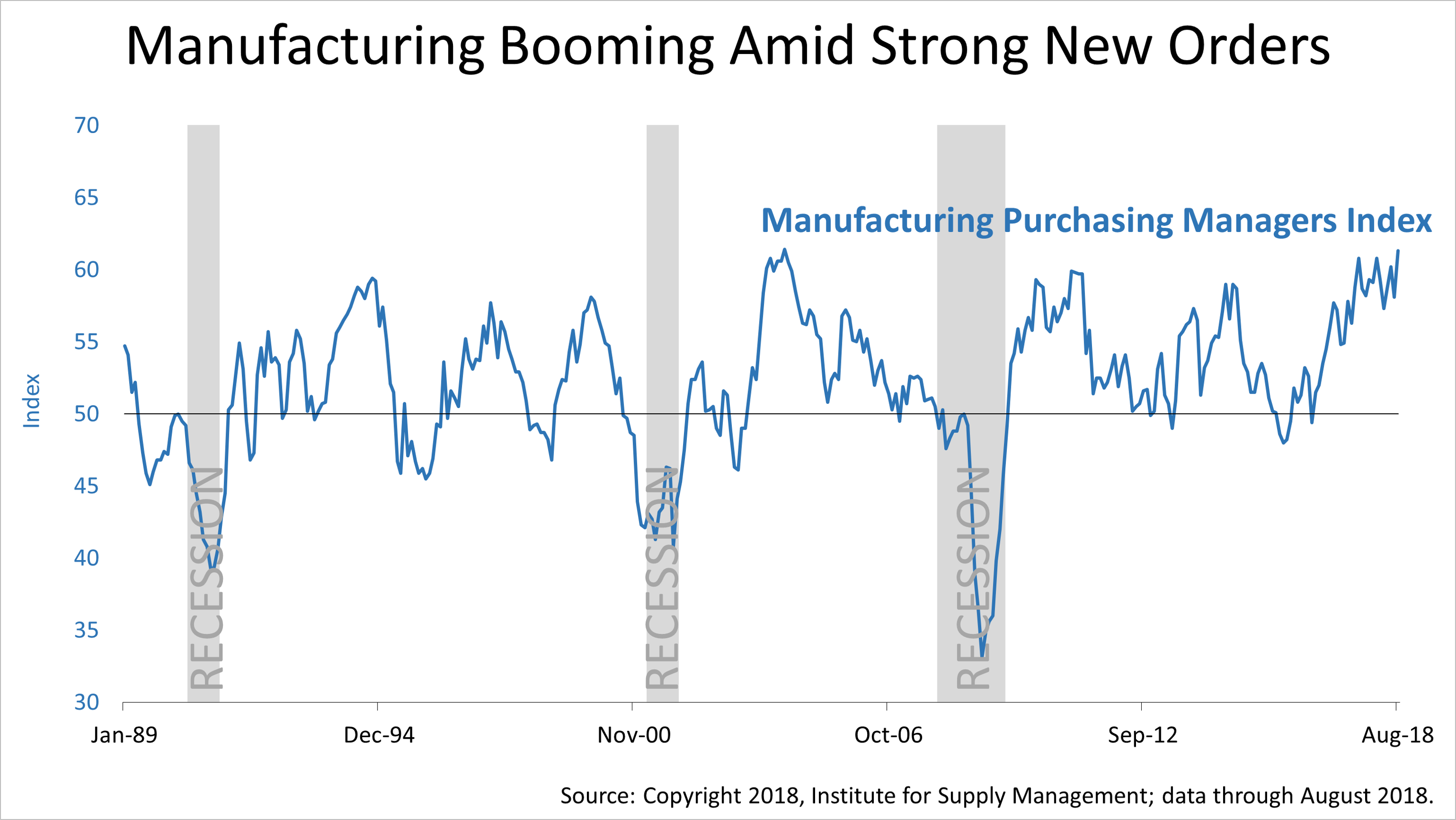 Managers at manufacturing companies responsible for purchasing reported orders were up in August, over July. The Institute of Supply Management, a trade group for professional purchasing managers at large companies, said its index of manufacturing order activity hit a 14-year high of 61.3%, up sharply from July's 58.1%.

The index is based on 10 components and the key one — the forward-looking new orders sub-index — hit 65.1%. After second quarter growth surged to 4.2%, the economy was expected to slow down. The new orders figure is the first confirmation a good surprise is under way. 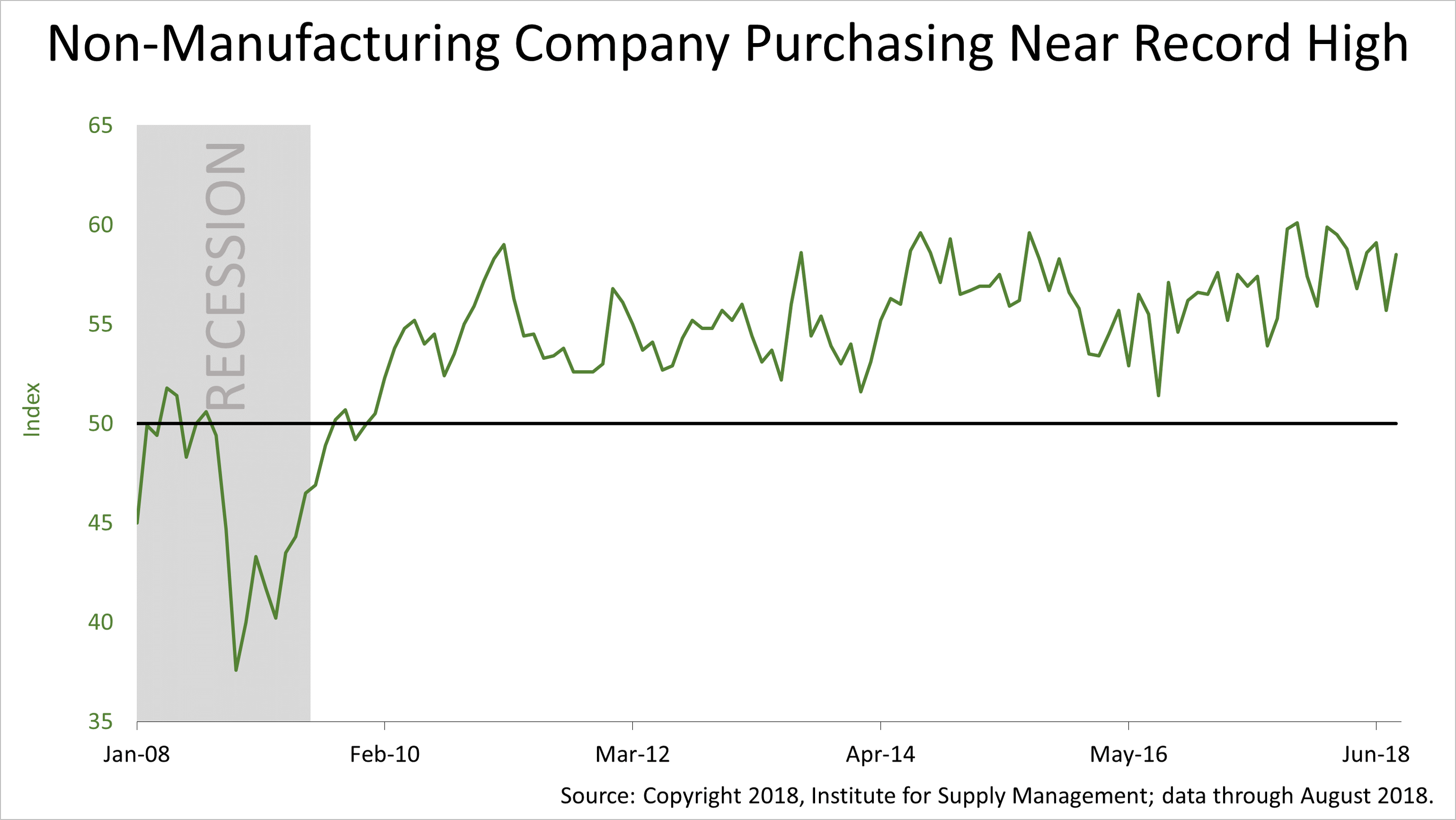 Meanwhile, purchasing managers at non-manufacturing companies, which account for about 86% of U.S. economic activity, also shot up in August to 58.5%, up from July's 55.7%, and the forward-looking new-orders sub-index rose from July's 57% to 60.4%. 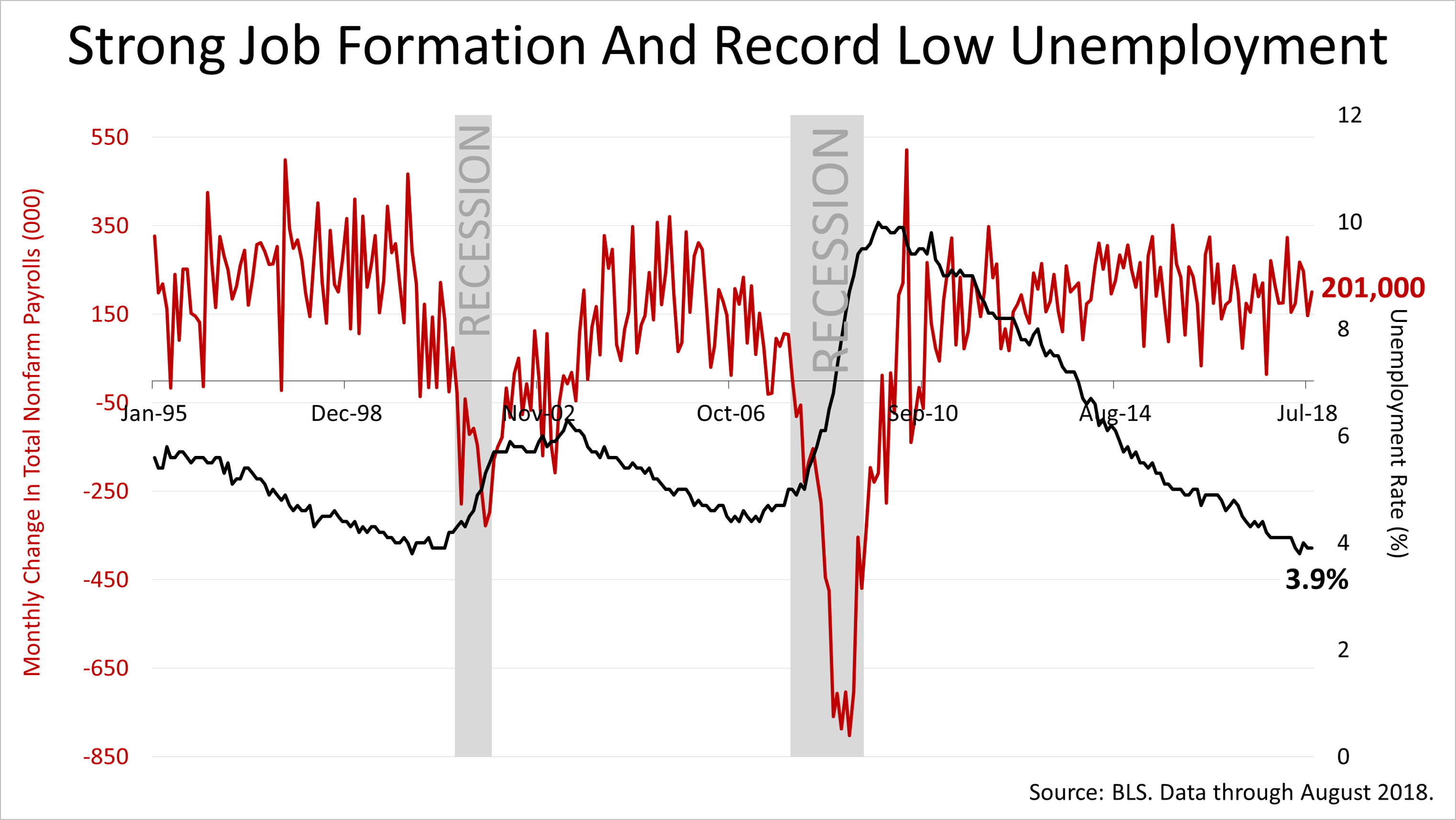 
Growth in job creation is more persistent than in the last expansion. This is another good surprise. 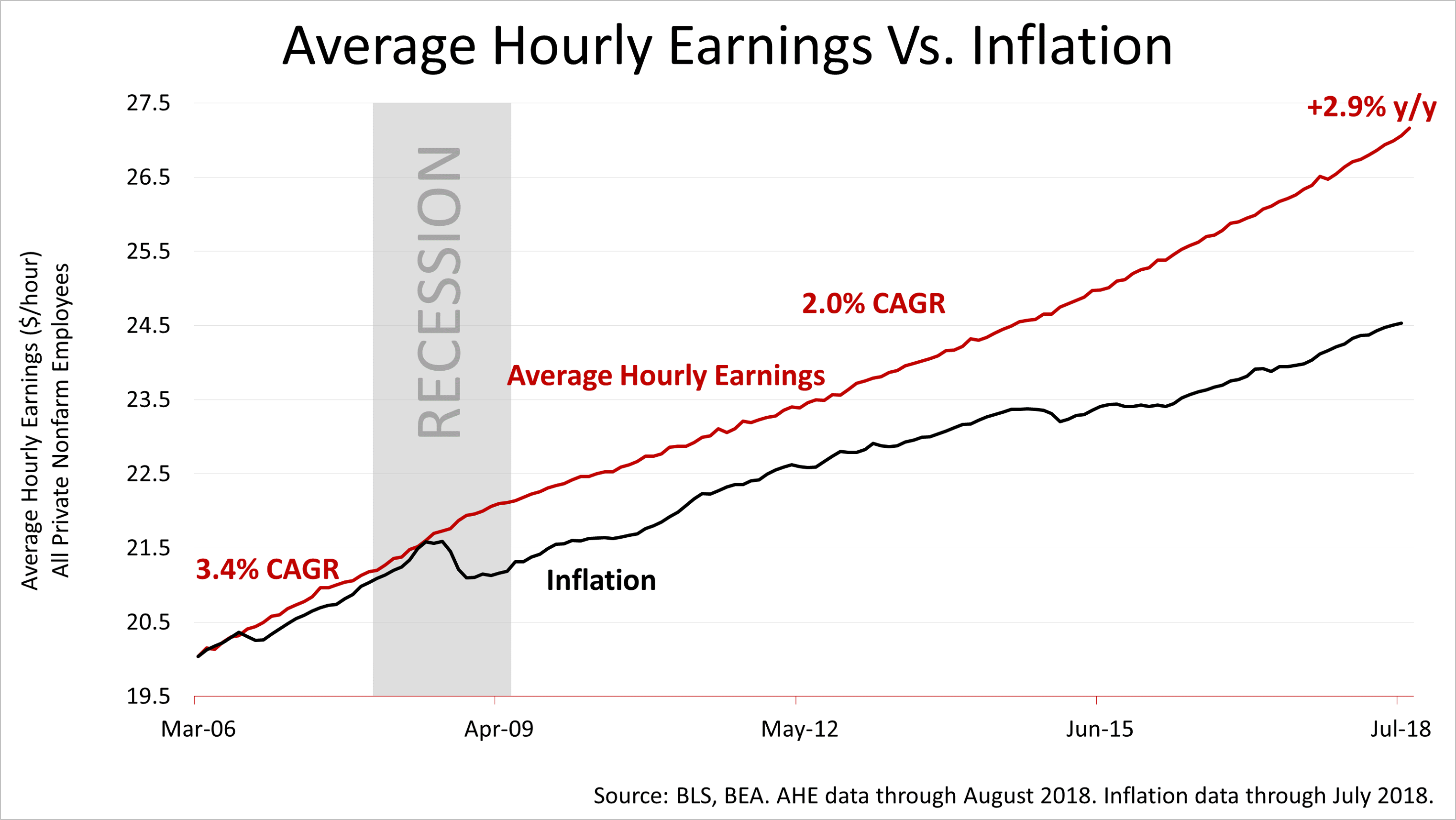 In the 12 months through July, average hourly earnings of employees grew 2.7% over the growth rate of July 2017.


Wage growth acceleration was not expected. This too is another good surprise. 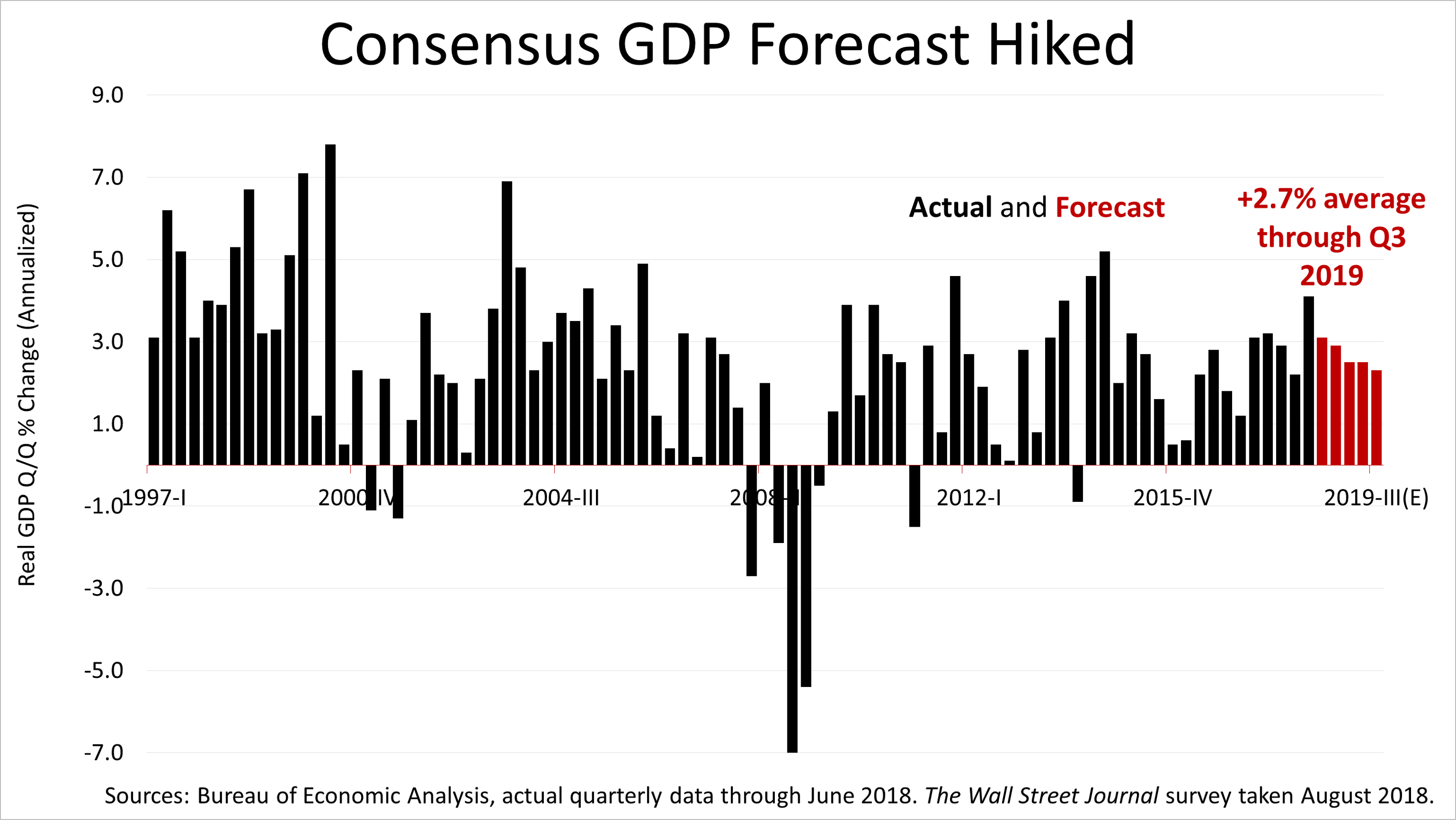 In early August, the 57 economists surveyed by The Wall Street Journal predicted average quarterly growth over the five quarters ahead of 2.7%.

That was a month ago, before the surprisingly good wage, employment, and broad forward-looking data was known.