Investment Wisdom At A Poignant Moment In History 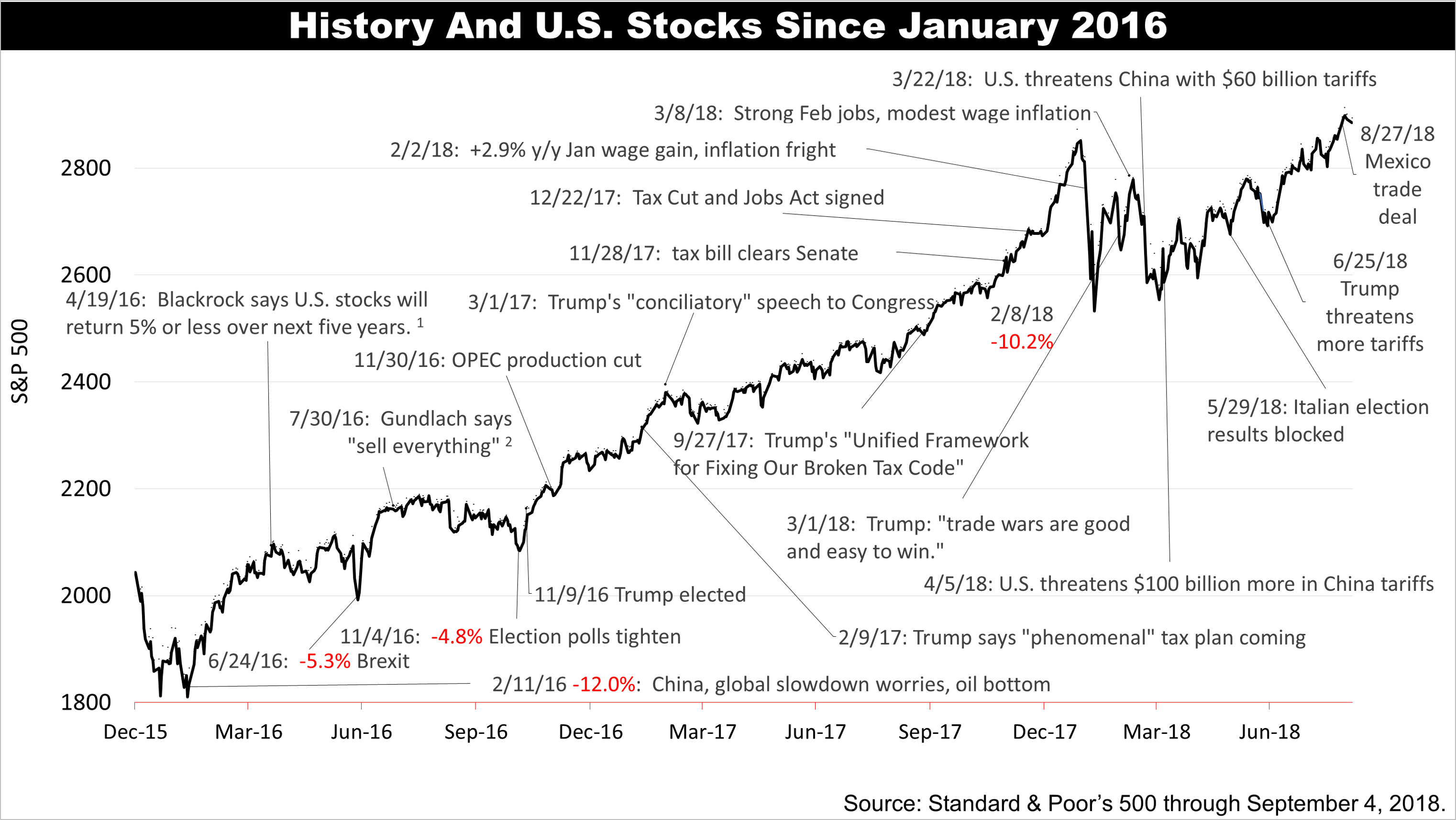 The nine-year old bull market exploded in the last 33 months from 1810 to 2901. After a runup of more than 40%, the S&P 500 seems ripe for a fall, according to the narrative popular in the financial media.


What should you expect from stocks? 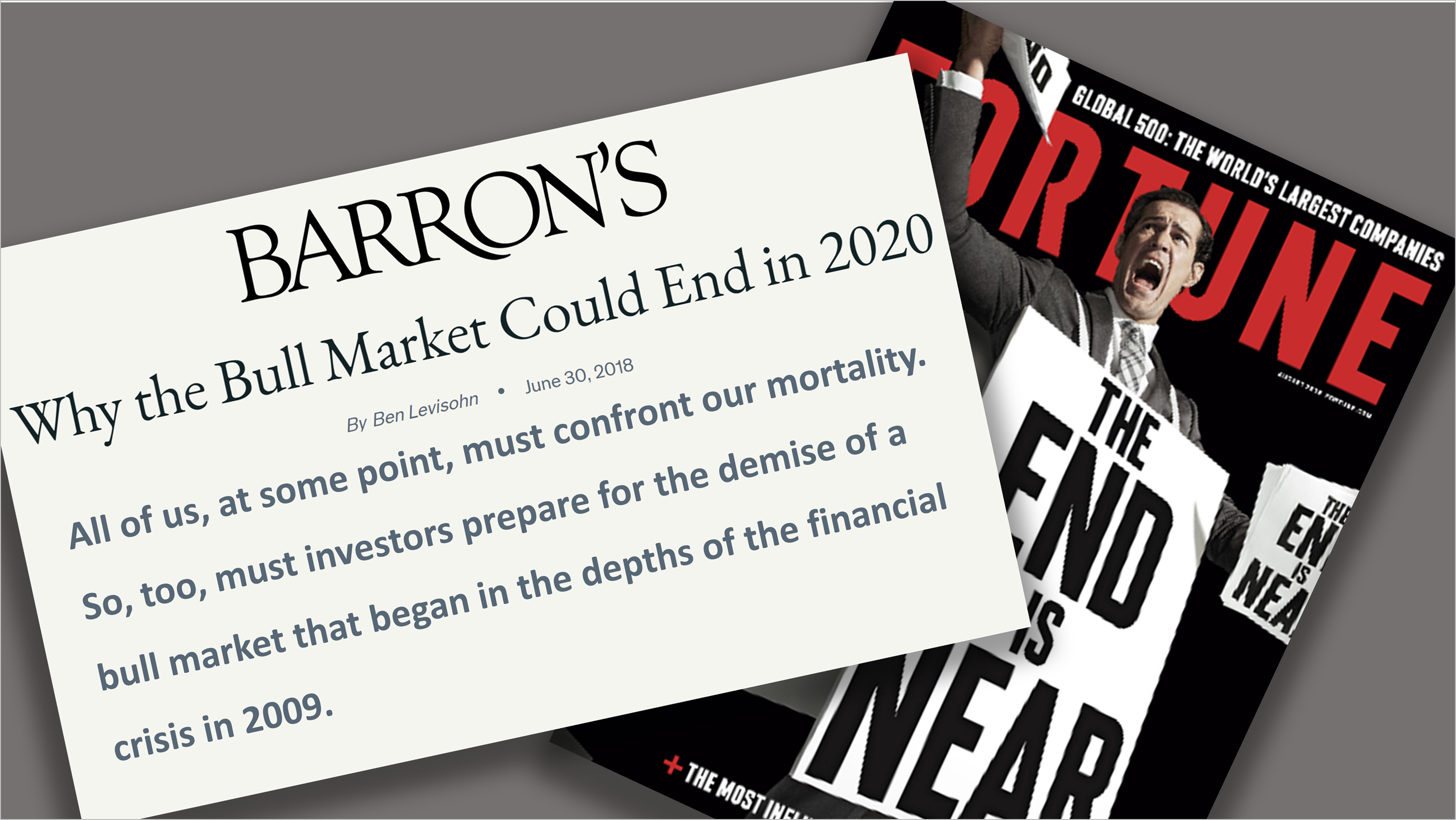 The popular narrative in the media is that the bull market is about to end, and that may be true. But it belies the long arc of history. 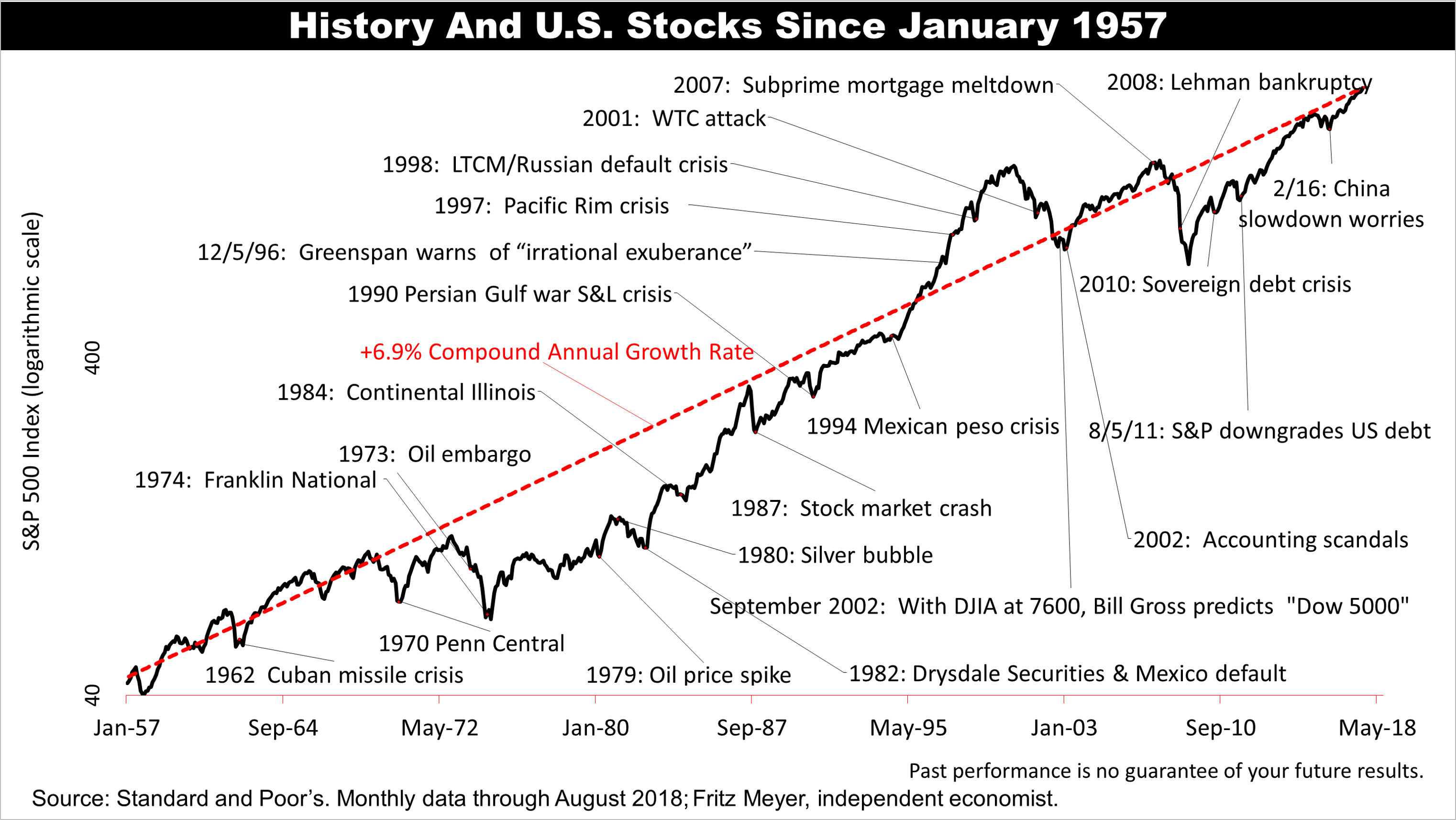 Despite what feels to some like a stock market that is overvalued, the S&P 500 actually has reverted to its long-term trend rate of appreciation, shown in the dotted red line.


Since January 1957, owning a share in America's largest 500 publicly-traded stocks showed a compound annual growth rate of 6.9% — nearly doubling in value every decade in the last six decades.

Things could be different this time. Past performance is no guarantee of your future results. That's the risk you take in America's capitalist system. For taking that risk, however, investors have earned a premium over the return on virtually riskless 90-day U.S. Treasury Bills.

Point is, in crises through the decades — even the cataclysm of 9/11, when many Americans thought life would never be the same again — the nation and U.S. shareowners recovered, and the value of their investments soared higher.

Rebalancing — allocating to asset classes that have not worked lately — is smart.

In fact, if you do not have a year or two of cash set aside to fund your current monthly expenses, then maybe you do want to raise some cash.


Keep in mind, the stock market may be on the cusp of a bear market or even a double-digit "correction" of 15%, but the economy is very strong, and the bull market could go on for years longer.

If you are a long-term investor, try to see beyond the next bear market, correction or major obstacle to the progress of humanity.


That's this week's bit of investment wisdom at a poignant moment in history.