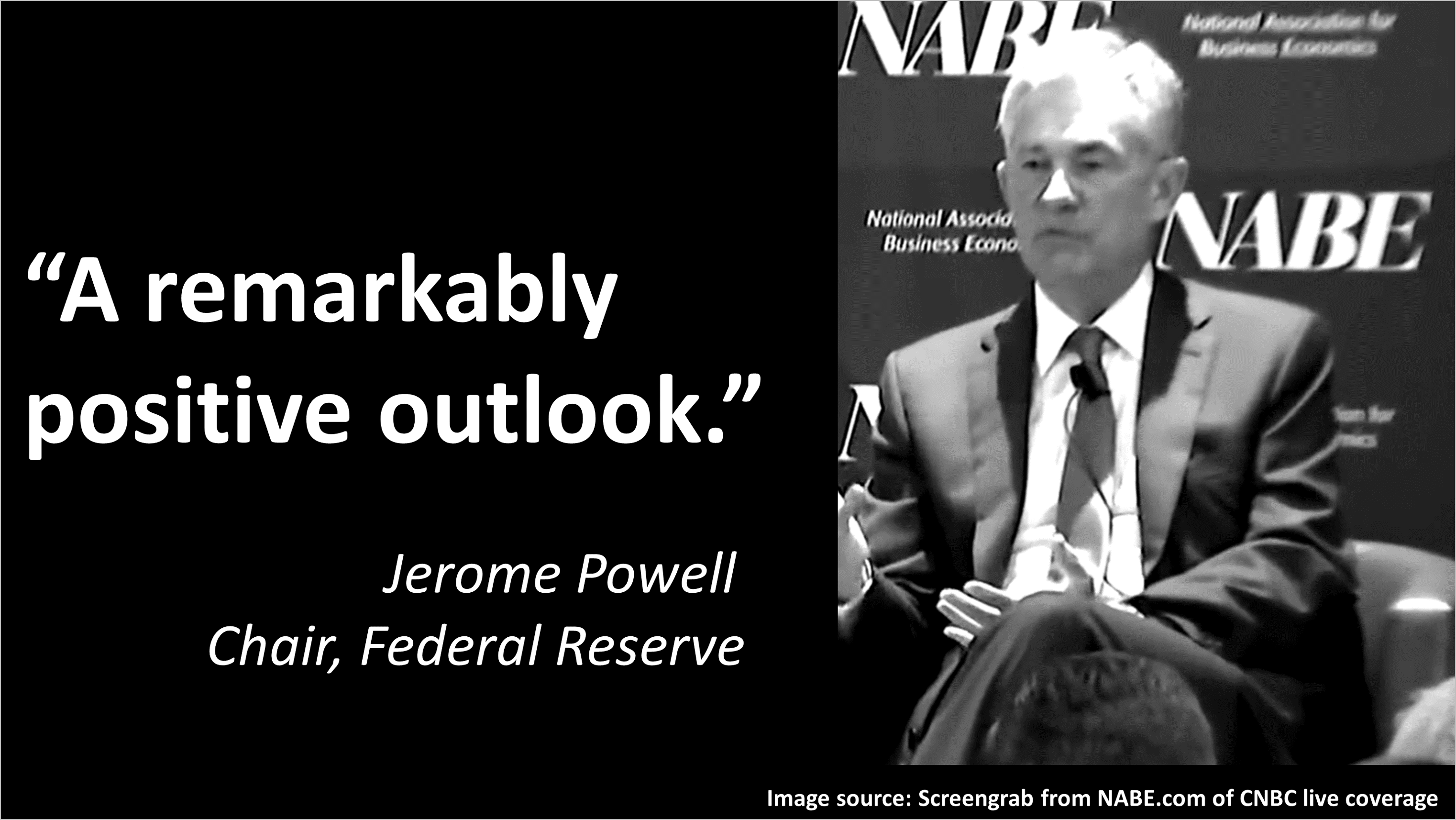 Not since the 1950s, Federal Reserve Board Chair Jerome Powell said this week, has inflation and unemployment remained so low for so long. 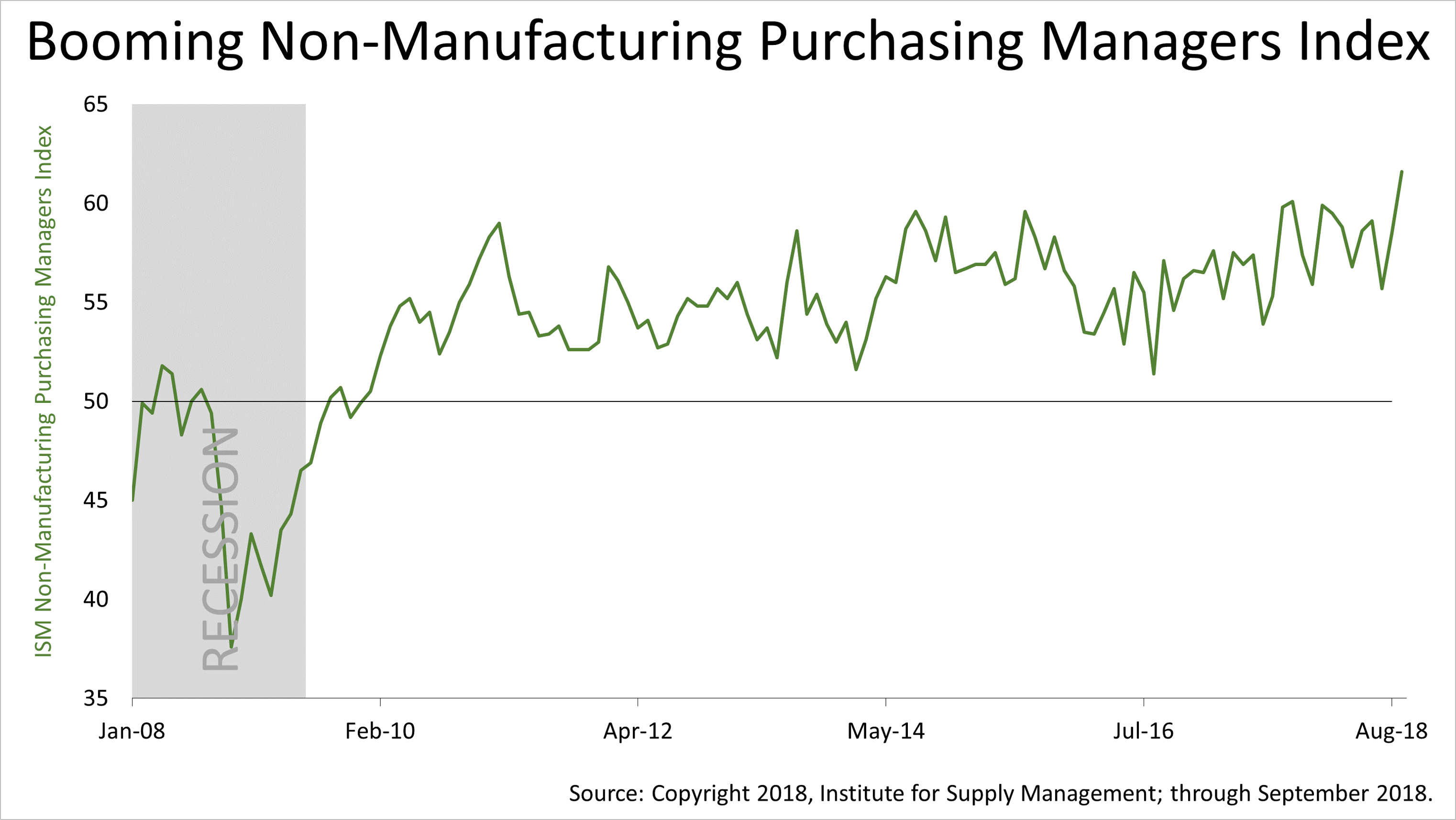 In the 88% of the U.S. economy outside of the manufacturing sector, purchasing activity soared in September, climbing to the highest level since inception of the index in January 2008. According to Thursday's report from the Institute for Supply Management, the forward-looking new orders component of the index slowed slightly from August but remained very strong. 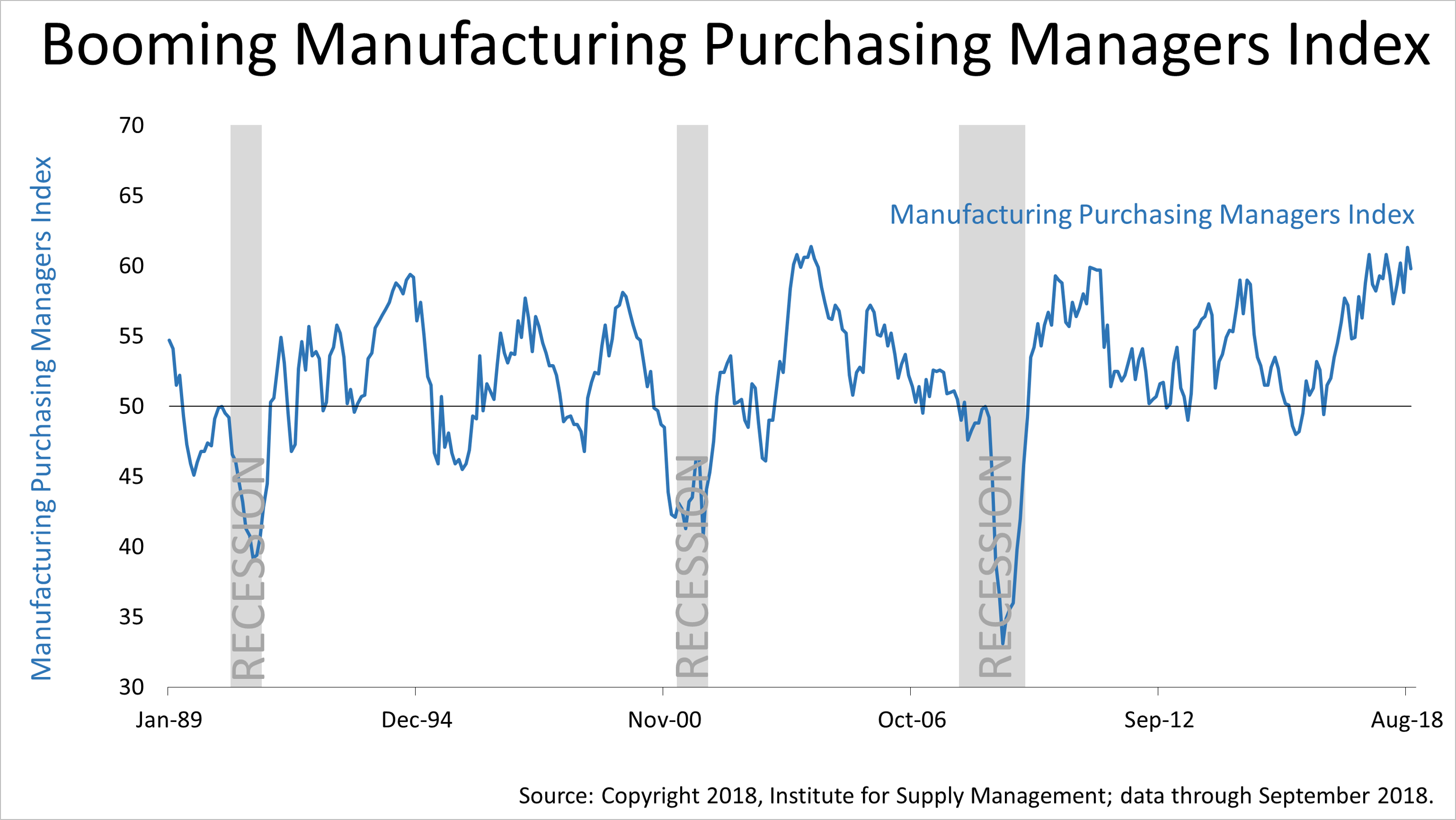 Purchasing activity, at the 12% of the economy in manufacturing, also remained in record territory.


In the three decades since purchasing activity in the manufacturing sector was first collected monthly by the ISI in January 1989, the index rarely has been as high as in September. 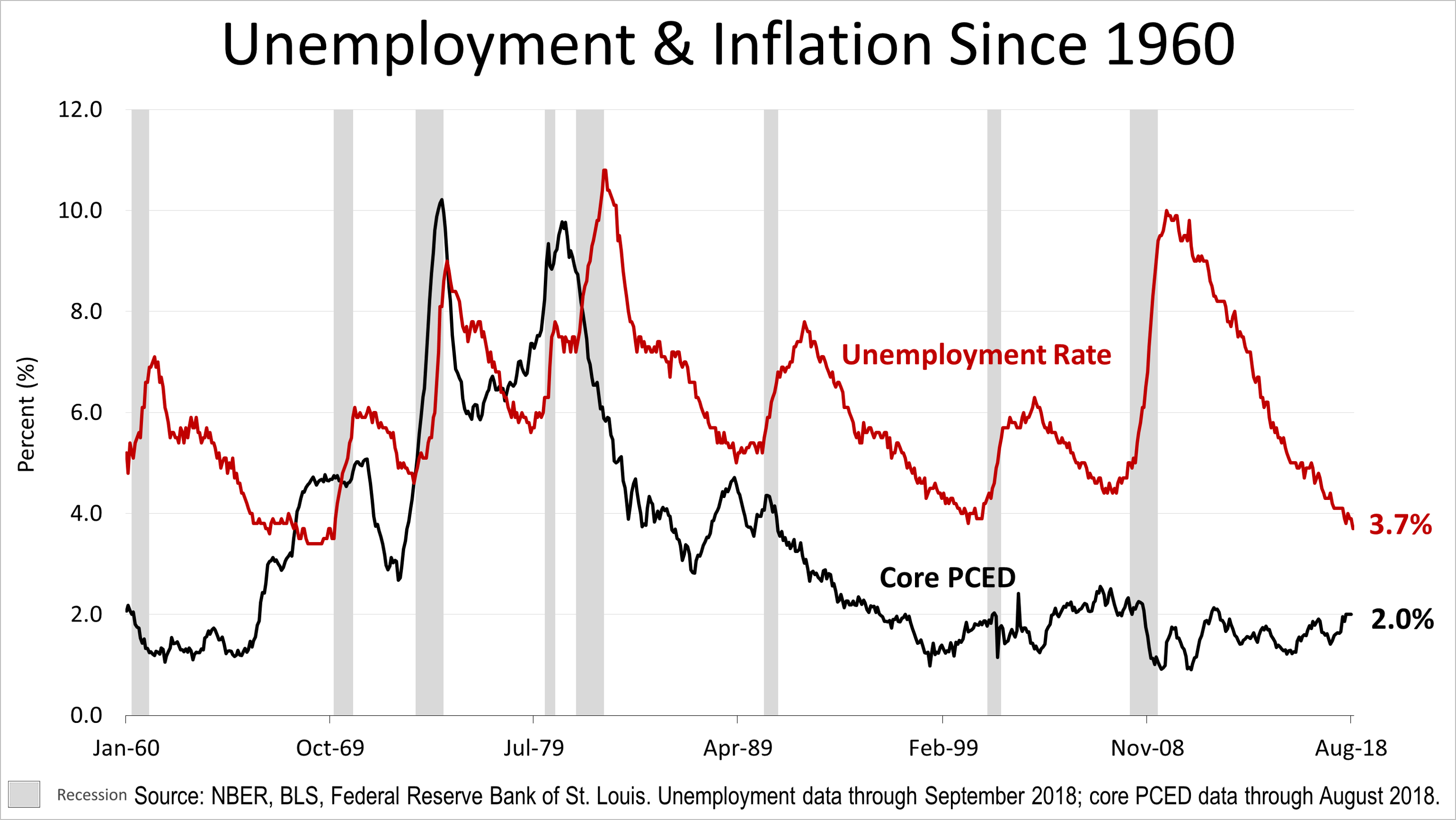 Meanwhile, the Labor Department said on Friday that unemployment, from its record low in August, ticked lower in September — as low as it's been since 1969.

Remarkably, core inflation, which excludes volatile monthly expenses from a consumer's monthly expenses, didn't budge. Growth without wage inflation accurately describes economic conditions currently, and in his speech, Mr. Powell said he expected more of the same in the months ahead. Core inflation has been "anchored" at 2% for 20 years. 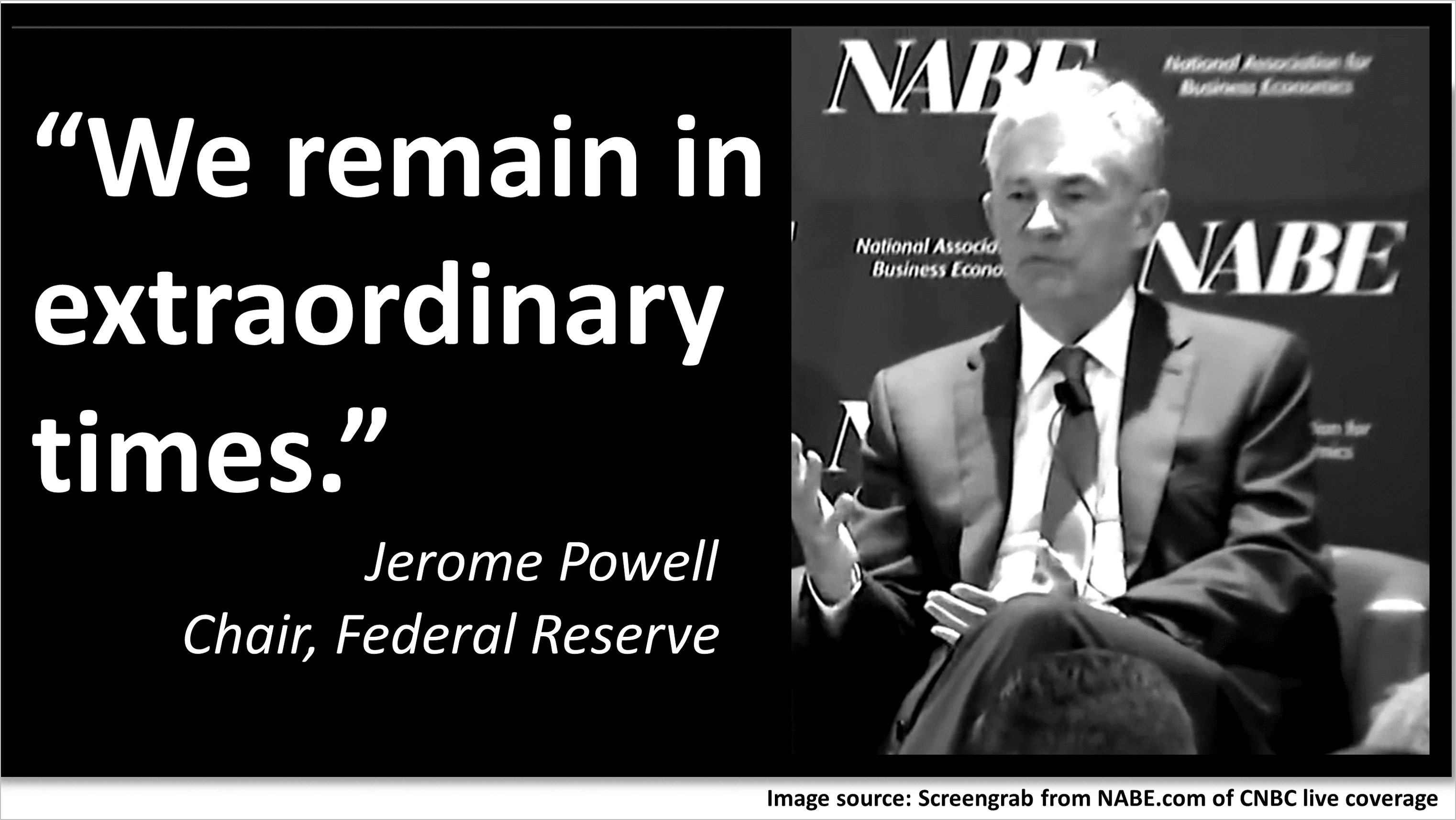 "We remain in extraordinary times," Mr. Powell said in his concluding published remarks at Tuesday's annual gathering of business economists. "I am glad to be able to stand here and say that the economy is strong, unemployment is near 50-year lows, and inflation is roughly at our 2% objective. The baseline outlook of forecasters inside and outside the Fed is for more of the same."