Amid A Swirl Of Controversy, Fed Policy Remained Stable 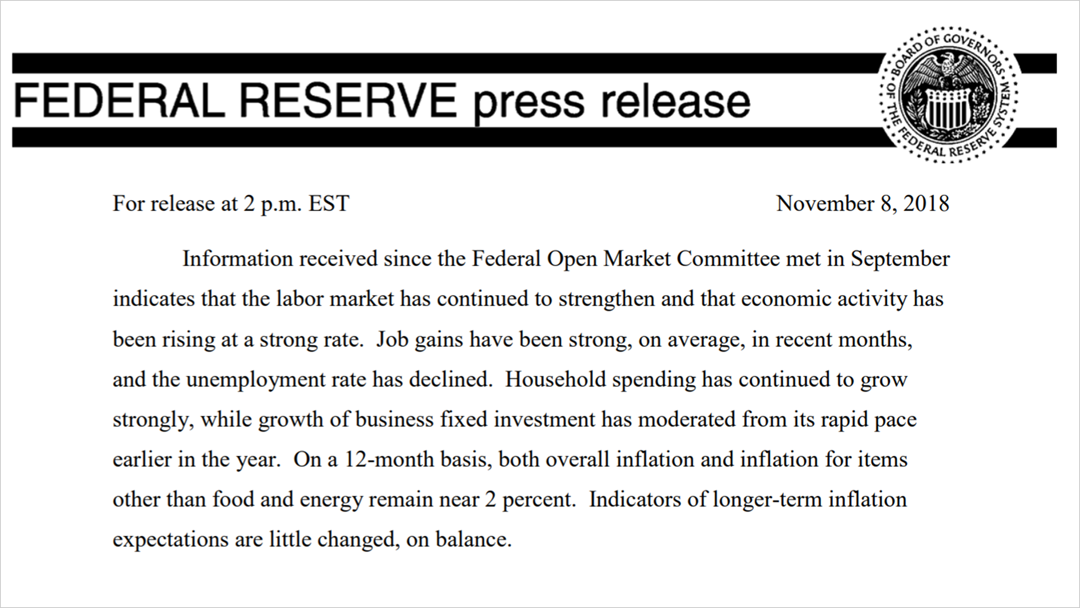 Despite the double-digit plunge in stock prices in October and rebukes by the President, the Federal Reserve Board isn't changing course. Despite unusual turbulence, Fed policy remained stable and steady.

Despite the stock market plunge and unusually direct criticism of the Fed by President Donald J. Trump, the U.S. central bank policy remained unchanged. "The Committee decided to maintain the target range for the federal funds rate at 2% to 2.25%," said the Fed statement. Amid a swirl of controversy, Fed policy has remained stable.

The Fed raised rates by a quarter-point three times so far in 2018, most recently on September 26. On October 10, after a sharp selloff leading up to the double-digit correction, Mr. Trump, at a campaign rally said, "The Fed has gone crazy." On October 16, after stocks had dropped following a decision by Fed Chairman Jerome Powell to hike rates by a quarter-point, Mr. Trump said on Fox Business News that the Fed was "out of control." Presidents have jawboned Fed chairs before, but this was unusually blunt. "Every time we do something great, he raises the interest rates," Mr. Trump said in The Wall Street Journal on October 23, adding that Mr. Powell "almost looks like he's happy raising interest rates." 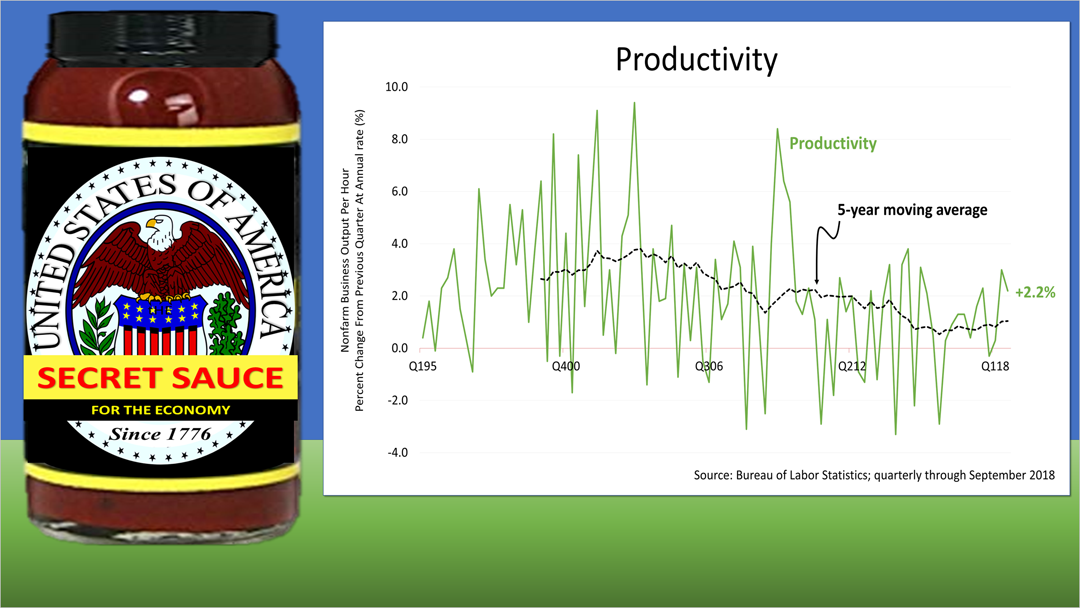 For many months, the Fed repeatedly said inflation was tame and would remain so, but it expected to raise rates four times in 2018 to keep the economy growing without triggering a cycle of rising wages and prices. In the second- and third-quarter of 2018, the economy grew faster than expected. However, wage inflation was muted by productivity gains, which is about the best economic news you could ever ask for. Productivity is the secret sauce of a nation's economy. 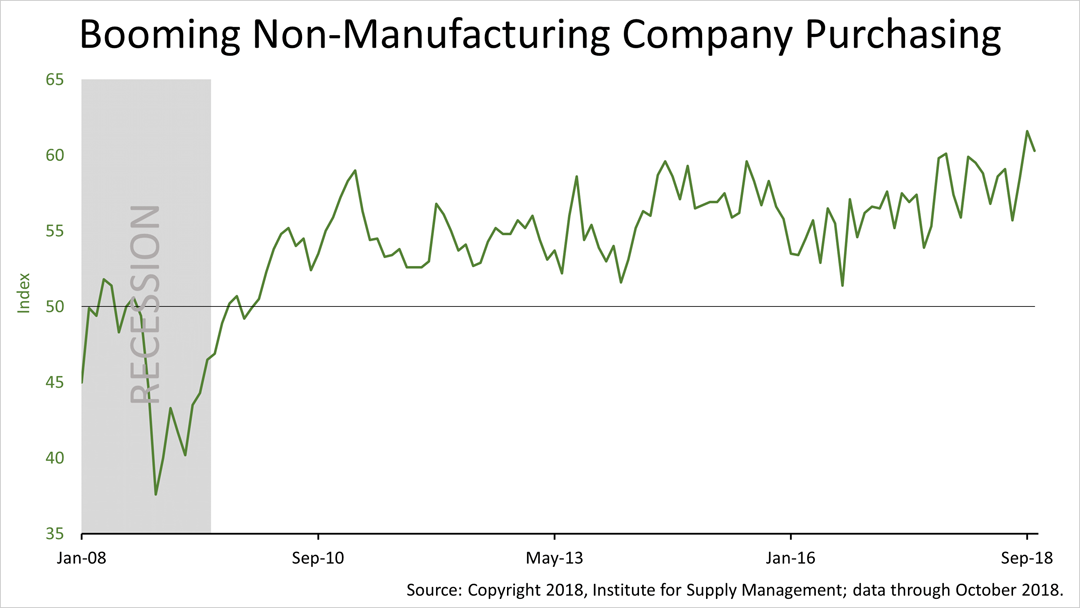 Meanwhile, Fed chair, Mr. Powell, in Boston in early October, offered evidence to support a low-inflation outlook for the next decade, along with modest but sustainable growth. This week's survey of purchasing executives in non-manufacturing companies — accounting for 88% of U.S. economic activity — dropped just slightly from the all-time record high in August. Purchasing at 88% of private economy remains near an all-time high since this data was first collected a decade ago. A decade is not that long a history, but this index is modeled on a manufacturing survey that stretches back many decades. 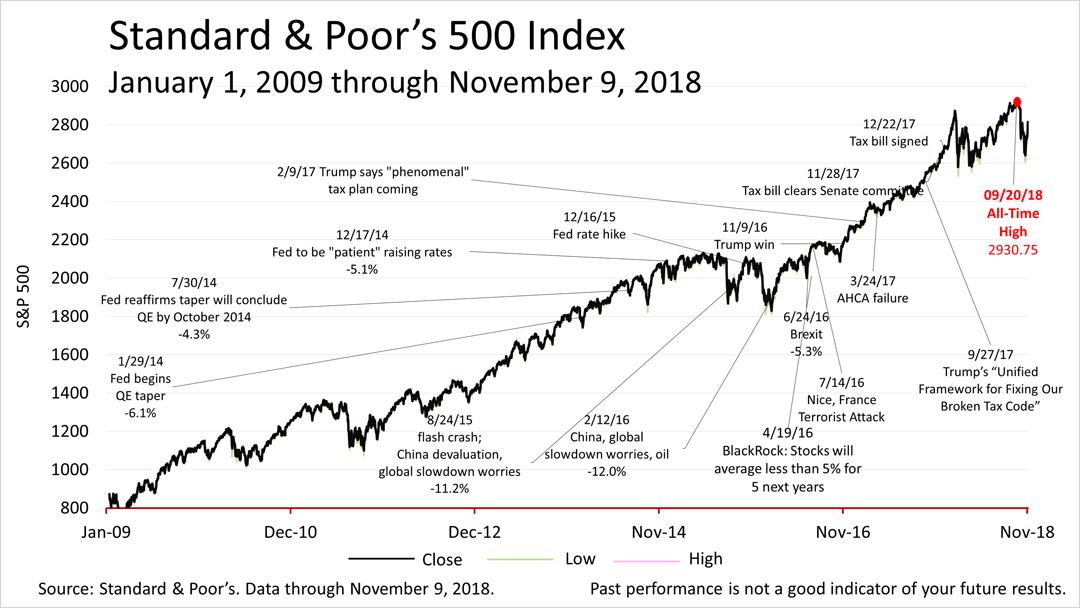 The double-digit market correction of October that halted only a week ago, became a rally after the midterm elections. Markets are said to abhor uncertainty and that risk is history now. The Standard & Poor's 500 closed on Friday at 2781.01, just 5% off its all-time high, and 2% higher than a week ago.

No one can predict the future, but the economy shows no sign of recession and October's correction seems so long ago.